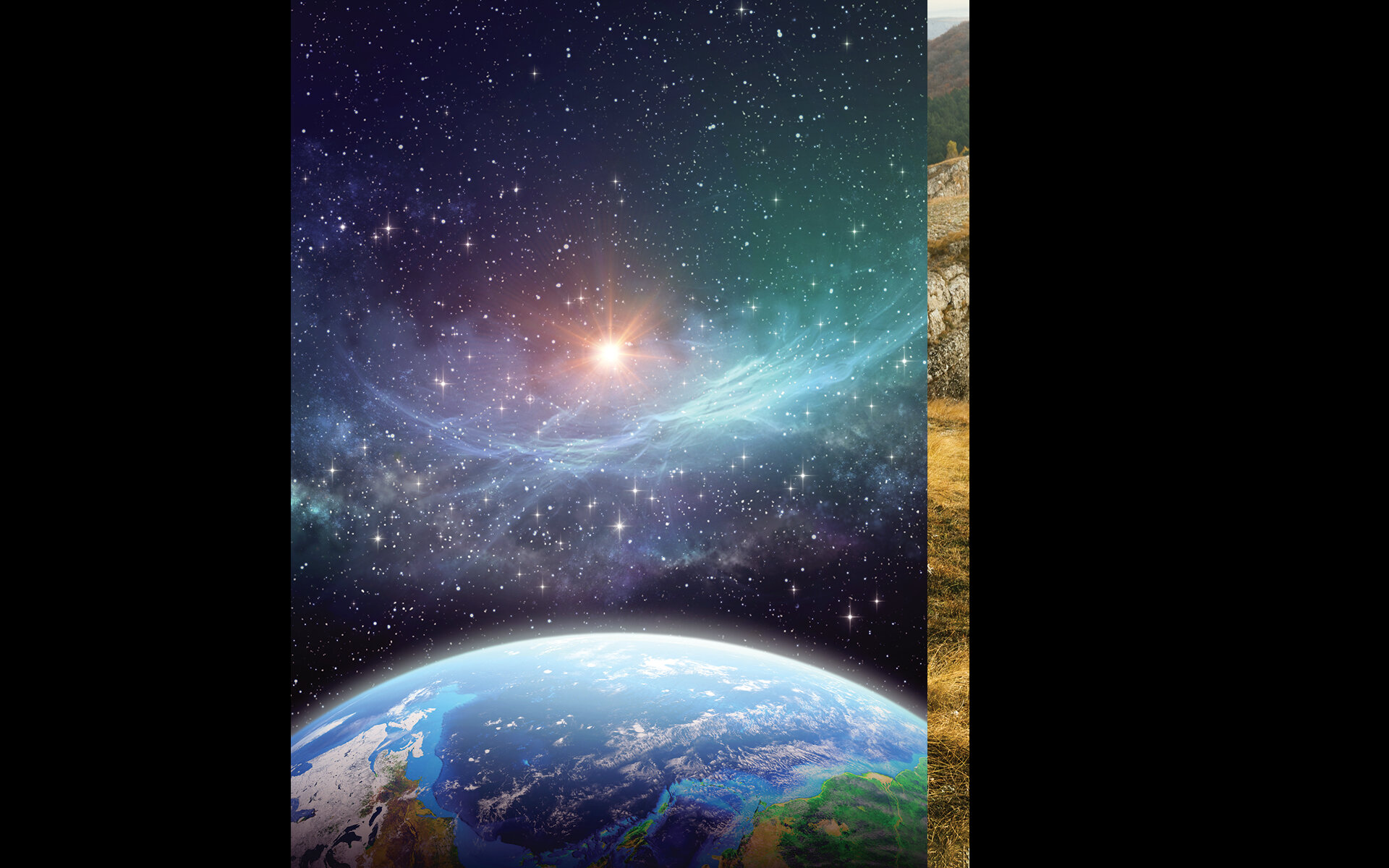 Divine manifestation (tajalli) is the attainment of inner light as a result of special Divine gifts. This is experienced by travelers on the way of Truth who are committed to prayer. Tajalli is not only the manifestation of Divine mysteries under the lights of Divine knowledge (marifa), but also that they are known in one’s conscience and are visible by the heart, where Divine names and attributes reveal themselves. Every traveler can attain these mysteries in proportion to their inclinations and current spiritual level.

Hunting is for things that are not in one’s possession. Those who have awakened to Divine truths or are on that path, are on constant watch for manifestations, mysteries, grace, blessings, knowledge, love, and spiritual delight from God. Others who have been defeated by heedlessness and live a life uninformed of truths, however, neither feel the ever-blowing winds of manifestation nor do they feel the thrill of filling their heart with a Divine benefit or radiance.

We can use “hunting” for attaining other qualities and virtues, too, like good character, mindfulness of the true spirit of faith, observance of the rights of God and His servants, to practice what one knows in theory, and to attain true sincerity and excellence. These are virtues the value of which we cannot truly appreciate. Hunting these virtues is impossible if a heart has fallen prey to fatal viruses like ostentation, pretentiousness, and fake behavior, and thus has lost its balance. Those who are in search of these virtues first have to save themselves from falling prey to evil and the carnal soul by constantly keeping their hearts pure and clean.

Hunting is practiced in secluded, deserted places. It is important to find a place of seclusion where Divine manifestations are abundant, and where one can explore the horizons of the life of heart and spirit.

This does not mean it is not possible when there are others around. We can even say there are many blessings and gifts that are earned by worship conducted together with others, gifts that cannot be gained by individual worship. There are times when the enthusiasm of one individual can have an effect on the whole congregation. The sincere appeals of a prayer leader or the heartfelt tears of a person may contribute to heavenly atmosphere for the whole community. Many have lived such experiences during their visit to the Holy Ka‘ba in Mecca or the tomb of the Prophet in Medina. In such places, hearts soften and resonate with profound feelings, and eyes shed tears. When one happens to be in such a moment and hearts are open to manifestations, he or she has to make the best of themselves, in hopes of benefitting from this shower of blessings. Nevertheless, it is always a possibility that one may fall to pretentiousness when among others, which may fail you in your “hunt.” At times, even one’s overflowing feelings, amplifying voice, and even sometimes tears, are not immune from such viruses.

A soul devoted to hunting illuminations and manifestations from the Truth does his or her best to seek lonely corners or travel to serene places of solitude for moments of one-on-one togetherness with their Lord. With all awareness of being servants before God, they stand for prayer in places where no one but He sees and hears. As they stand, bow, and prostrate for a long time and removed from the world, they sometimes forget if it is their first or second prostration. At that moment of most nearness to the Divine, they glorify Him from all shortcomings. “Do not let our hearts swerve…” (Qur’an 3:18) they pray, maybe a hundred times, in the words of their Lord about matters they feel concerned. “My Lord, I have been unfair to myself by not living up to my best. I have done unfitting things. I ask Your forgiveness!” They voice their inner self. Our Lord shows favor upon such an inclination of His servants and their prayers are never left unanswered. Thus, we could perhaps say such a move by a servant is a hunt for manifestations, while moments of prostration are the most convenient times for such a hunt.

The bright darkness of the night

Nights provide some of the most convenient periods for manifestation hunting. Our biological heart, soul, and the spiritual heart (al-latifa al-Rabbaniyya) all enter a state of metaphysical resonance beyond expectations when involved with deep contemplation during the night. Reunion with God happens, if at all, at night. The brightest of all work is done in the heart of darkness. Distances are covered at night. Ascension to the heavens is possible at night. There was perhaps no single night which the Messenger of God, Prophet Muhammad, did not celebrate in prayer and contemplation, peace be upon him. At times, he would recite the verses towards the end of the Chapter “the Family of Imran,” which urge us to contemplate on the universe and creation; he would do maybe one recitation after another, turn his eyes to the heavens, and cry in witness of the Divine glory. He spent long hours at night standing, bowing, and in prostration.

O my eye, what is sleep; come, wake up at night
Watch the stars, see their travels at night

During the day, you become heedless
Occupied with many things other than Him

Be ashamed of the Beloved, the Master of your heart,
free yourself from heedlessness

If you love the Self-Sustaining One, do not sleep all night
So you may, my soul, live with the Ever-Living One at night

Lovers are awake at night; you too do not sleep
So the Beloved appears at the sight of your heart at night

The heart is the home of the Lord, purify it
So He may descend upon His throne at night

Eat less, sleep less, reach amazement, and free yourself
Then find a life of eternity and be His guest at night

Come near to people for God, day and night
O Hakki, burn in the fire of love at night

Place, time, and the person’s state of being

For travelers on the path on the way to Truth, it is important to make the best of times when our hearts are softened, and our eyes and souls are filled with glory. Just as being at places like Ka‘ba, Arafat, Muzdalifa, and at the tomb of the Prophet and celebrating times of abundance like the Night of Power (laylat al-Qadr) or the special moment on Friday, are important for Muslims, it is equally important to benefit from moments when one is in spiritual states like compassion, immersion, passion, and stupor with Divine presence. These are the best of times to offer invocations.