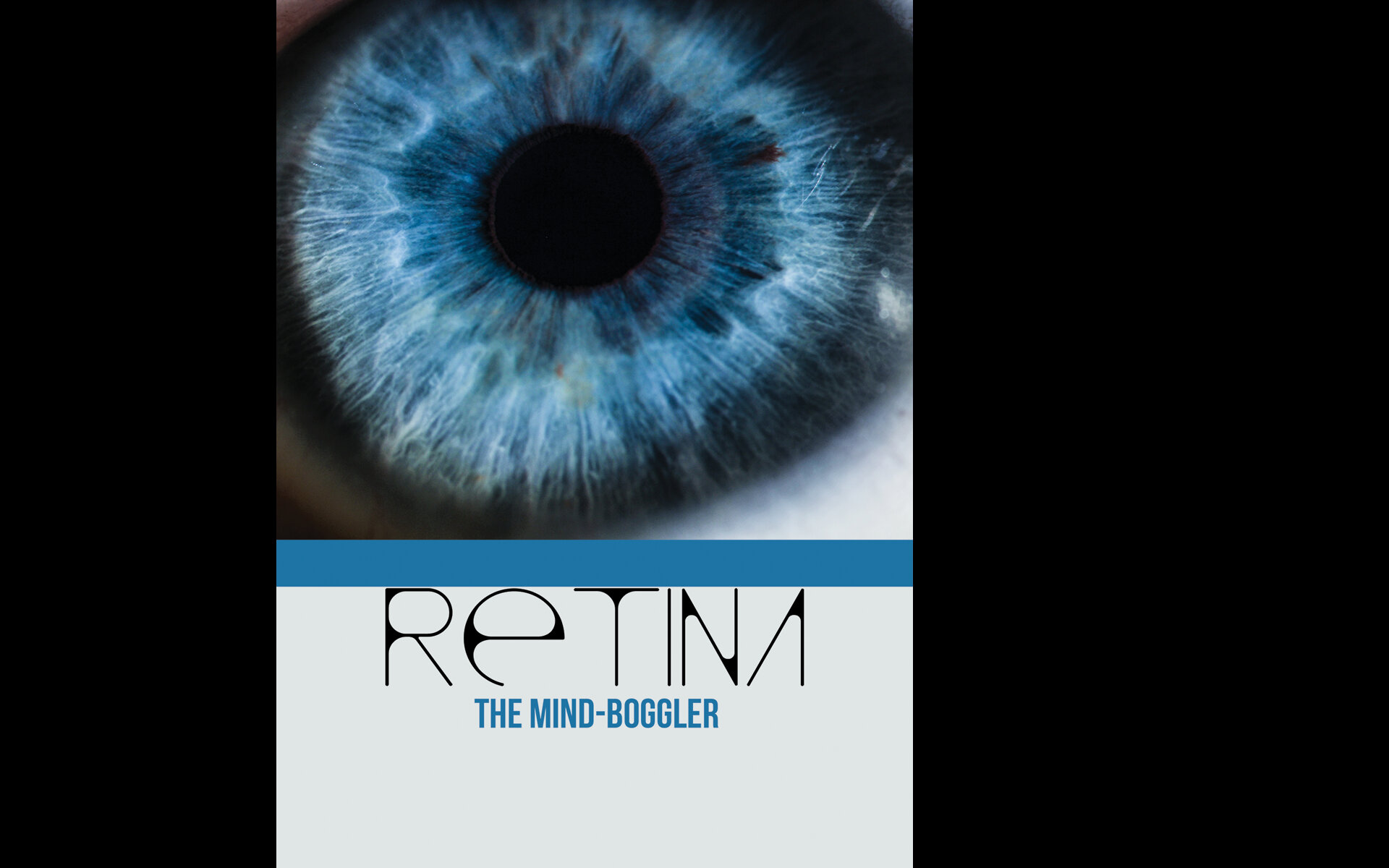 In our previous article where we discussed the mind-boggling complexity of our eyes’ retinas. We learned about the ten separate layers of cells, but we did not elaborate on the intricacies of their creation. We also learned how the substance in the cone cells, called rhodopsin, is destroyed on exposure to light and then regenerated in the dark. We thus touched on the wisdom behind the existence of both night and day.

The destruction of rhodopsin is caused by the generation of electricity after its contact with light. This electric impulse is transmitted from cones and rods to either horizontal or bipolar (having two poles) cells. The section between these two different layers of cells is called the outer plexiform layer, where horizontal cells receive electric impulses from rods and cones, and carry them to neighboring bipolar cells. The horizontal cells are also charged with transmitting electricity horizontally between rod and cone cells. The signals make it possible for shapes to be carried to the central nervous system in an appropriate contrast. Other signals are blocked so that the borders of the place of contact with light can be clarified in the brain, which does not receive an excessive load of signals. If it were not for these cells, it would be harder to perceive borders because the line of difference between two different colors would not become clear.

Bipolar cells have two opposite poles. They are created as one of two types, in accordance with their functions: one amplifies generated electric impulses, while the other inhibits the transmission of excessive impulses from around the perceived object to the brain. Bipolar cells provide the contrast necessary for making borders clear. They make clear vision possible, and yet most people have never heard of this wondrous gift inside their retinas! 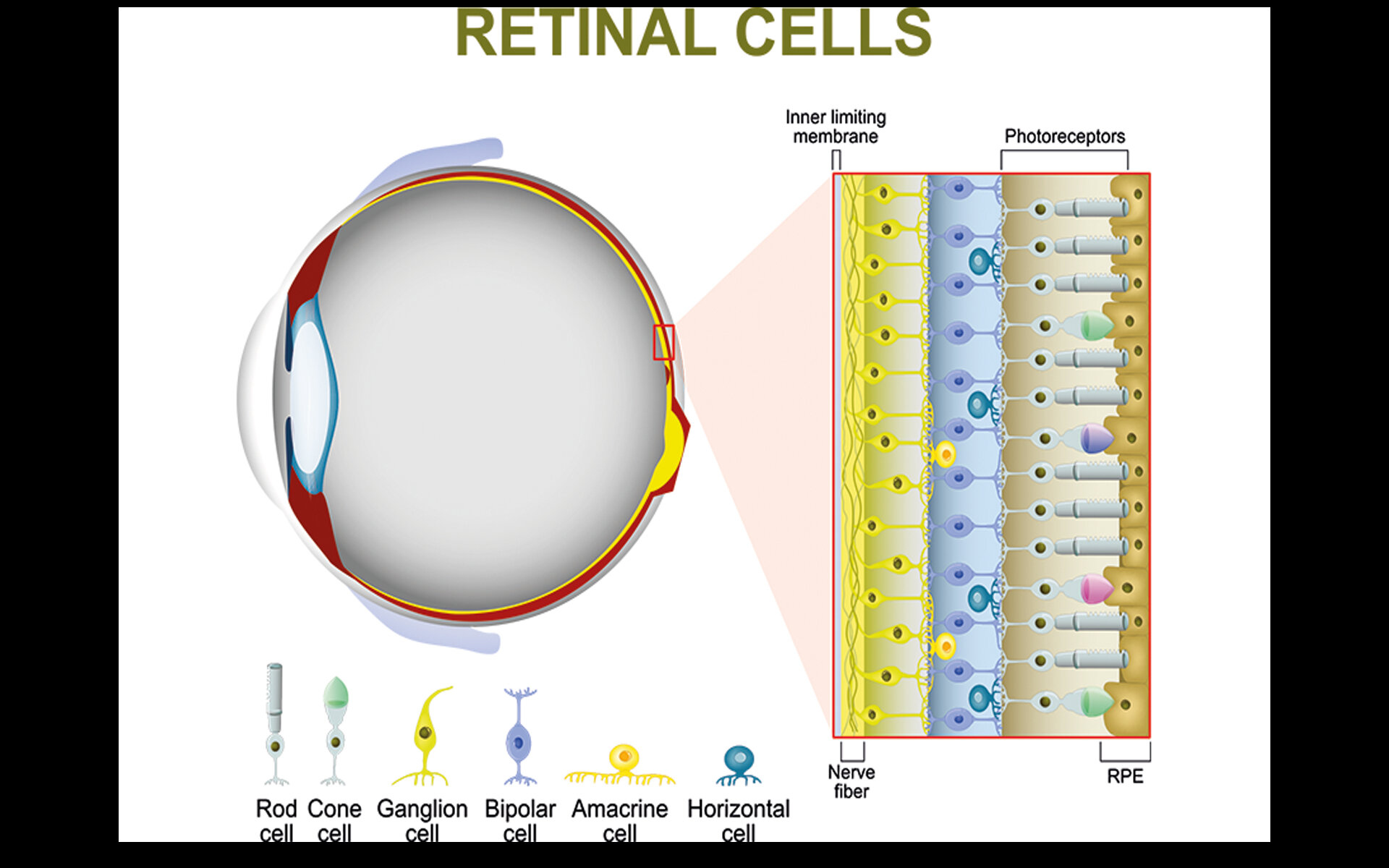 How is contrast enabled?

Thanks to an innate ability, our brain does not occupy itself with regions that have the same color or the same light. It will not be stimulated much if, for example, a wall is completely white or a car is bright red all over. If, however, there are other colors on the wall, say, a white moon or star on a red background, then there will be more stimulation in the brain. Suppose we place the shape of a crescent on the wall. The stimulated parts of the brain will lie along the sharp ends of the crescent, not in the inside or outside of it. The stimulation in the brain is less associated with non-contrasting regions than contrasts in view. The higher the contrast, i.e. the greater the difference between light and dark areas, the greater the degree of stimulation.

Amacrine cells in the inner plexiform layer of the retina enable horizontal transmission. There are up to 30 different types of these cells, and they carry out at least five to six functions. For instance, one type of Amacrine cell transmits electric impulses from cones and rods to bipolar cells, then to other Amacrine cells, then to ganglion cells, and finally to the brain.

Another type of Amacrine cell responds strongly to the onset of the visual signal, while another to its completion. One other type reveals the difference in light intensity regardless of direction, while still others respond to the movement of a light point in a certain direction in the retina, causing a perception in the brain as to the direction of the light.

Further research may reveal yet more functions. Amacrine cells might have such functions as regulating the intensity of electric impulses specific to each wavelength and generating different levels of impulses for moving or stationary objects.

The function of the ganglion cells in the innermost layer of the retina is to help ensure that the electric impulse generated and corrected in the retina is eventually transmitted to the brain. Three distinct ganglion cells are identified in the retina. These cells are represented with the letters W, X, and Y. W cells are assigned the task of transmitting signals from rod cells, which produce black and white visual signals in the dark. Making up about 40 percent of all ganglion cells, they have diameters of less than 10 micrometers and transmit signals at a speed of 8 m/sec. It is evident that these cells are assigned the task of perceiving objects in the dark as rough, vague shapes.

X cells, on the other hand, transmit electric impulses to the brain, creating precise color pictures of objects. Making up 55 percent of ganglion cells, they have midsize diameters (10-15 micrometers) and transmit signals at a speed of 14 m/sec.

The largest of ganglion cells (with diameters as long as 35 micrometers), Y cells are assigned the task of transmitting instant changes in sight. Making up only 5 percent of ganglion cells, they send signals at speeds of 50 m/sec. 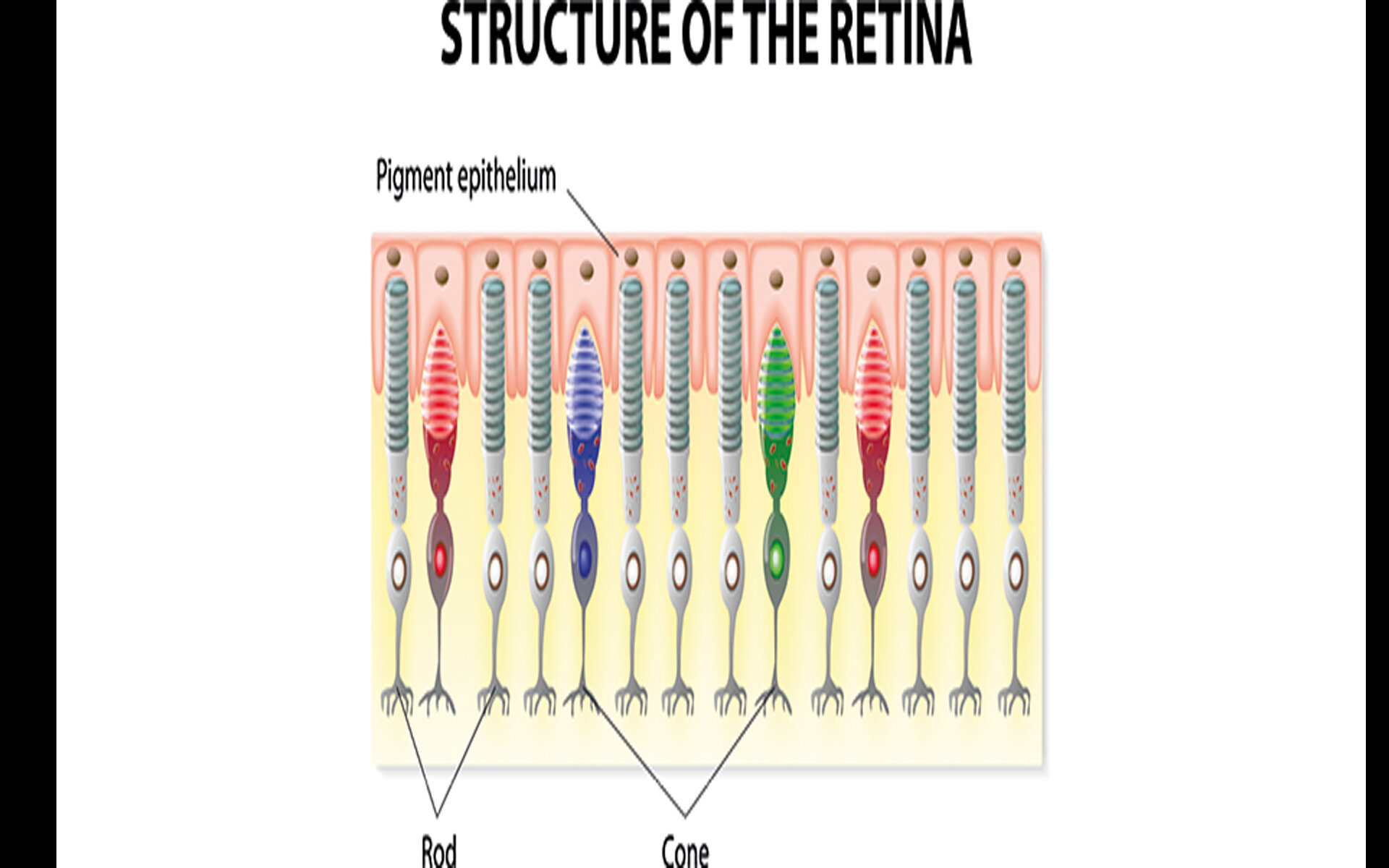 Sending intense signals in split seconds, Y cells inform the central nervous system immediately in case of a threat or an unusual encounter. When our body or eyes face a threat, these cells help protect us by warning the brain to move away from the threat or close our eyelids rapidly. If it were not for these cells, we would not be able to reflexively close our eyes and thus protect them. It’s incredible to ponder how complex these systems are – and how perfectly they’ve been created.

Between layers of cells there also lie layers of network that house neurons and their connections (synapses). These cells too have subgroups trained to carry out specific tasks. All of these cells are built according to certain specifications so that they can transmit stimuli to the brain when they receive light. Extremely severe visual problems develop when even a single layer of these types of cells is missing. Every one of the layers in our eyes is immensely special, and it is hard to imagine them to have been randomly placed there. It should be born in mind that this article simply skipped numerous elements of the retina and their chemical functions. Taking the precise measurements and mechanisms into account, we can only feel greater awe and love in the face of the incredible art devoted to the creation.

The first article can be found at https://fountainmagazine.com/2018/issue-126-november-december-2018/retina-the-mind-boggler