Journey into Europe: Islam, Immigration and Identity explores the mighty continent of Europe by an academic whose origins lie in the Third World. Professor Akbar Ahmed, one of the renowned scholars of Islam, reverses the longstanding tradition of scholars from the Global North studying the Global South.

Professor Ahmed divides the book into three parts. Part I analyses the fundamental character of European society and its various identities; Part II dwells on the Muslim communities in Europe and elucidates their place on the continent; and Part III reflects on the major challenges the continent is facing and offers some incredibly prudent solutions to deal with them.

At the outset, the author juxtaposes the ideas of the twentieth century German sociologist, Max Weber, and those of the fourteenth century Arab sociologist, Ibn Khaldun, and critically examines European identity from their perspectives. He argues that Weber’s works, which evaluate societies on the parameters of modernity, fail to explain the recent developments in Europe, whereas Ibn Khaldun’s theories, which talk of tribal traditions and codes, perfectly sum up the state of affairs on the continent today.

Central to the analysis of Ibn Khaldun, the book highlights, was the nature of tribal society, which is defined through shared bloodlines and bound by what he called asabiyyah, or social cohesion. The book argues that the rise of right-wing politics across Europe is a sign of the re-emergence of the tribal nature of its society, which means that Ibn Khaldun provides the right framework for understanding the direction in which Europe is moving.

It highlights the predominance of the German culture and identity on the European continent and lucidly explains concepts such as Volk, Heimat, janteloven, and hygge that reflect what the author calls “Primordial Tribal Identity” among Germanic peoples. It is argued that these are the precise concepts that take predatory forms and target minorities when the continent is hit by economic and political instability, as is happening now.

The book also addresses, in great detail, “European Pluralistic Identity.” While doing so, the author elaborates the history and legacy of Muslim-ruled Andalusia, where knowledge and learning were highly regarded, and women and religious minorities were deeply respected. It highlights how ilm, or the Qur’anic instruction to seek knowledge, came to characterize the culture of Andalusia. As a result of what the author refers to as the “ilm ethos” of the erstwhile Andalusians, the region developed a pluralistic and inclusive culture, which in Spanish is called la convivencia, or coexistence.

This section of the book is particularly noteworthy as it underlines the direct, causal relationship between the ilm ethos and convivencia. The author rightly points out that “the urge to reach out to God through knowledge, which is embedded in the ilm ethos, is thus translated into an embrace of God’s creation irrespective of racial, religious, or class differences, which may be defined as convivencia.” It reminds us of the importance we need to give to understanding each other’s faith traditions if we want to do away with the conflict and intolerance that our world is today enduring.

The second part of the book explores the distinct Muslim communities of Europe, which are categorized as Muslim immigrants, indigenous Muslims, and Muslim converts.

The discussion over the condition of Muslim immigrants in Europe clearly refers to the stark difference between the character of British and French colonialism, and thereby the status of Muslim immigrants in these countries, the vast majority of whom have origins in their respective former colonies. It is diligently highlighted in the book that although both these countries, which exemplified European imperialism, have histories of atrocities against their colonial subjects, imperial Britain had a relatively inclusive approach which allowed its subjects to find a place and grow in British society while retaining their own identity with integrity; whereas, there was no such possibility for the French colonial subjects. As a result, while there are a number of immigrant success stories in all spheres of British public life, such as Baroness Sayeeda Warsi in politics, Sir Mo Farah in sports, Salman Rushdie in literature, and Abdus Salam in science, it is not possible to find Muslims excelling in such diverse fields in France.

With regards to the indigenous Muslim population of Europe, the book offers its readers a window into the native yet marginalized and forgotten Muslim communities of the continent. The author revives the memory of the horrific genocide against Bosnian Muslims in the early 1990s and quotes a very pertinent question by the former Mayor of Srebrenica, Camil Durakovic, as to whether the European response to it would have been as lethargic as it was if the Bosniaks had not been Muslims.

The social and economic conditions of other marginalized indigenous Muslim communities such as the Turks of Greece and Bulgaria, the Pomaks, and the Albanians; and the forgotten communities like the Tatars, the Roma, and the Cham are also fairly addressed in the book. Despite their long history of loyalty and service to their motherlands, they are not considered as part of the Volk in the nationalist, tribal imagination of Europe.

“The continent that centuries ago launched the crusades against the Muslim world and later colonized it is now, ironically, providing Islam with a new lease of life” (p. 306).

This sentence brilliantly encapsulates the significance of Muslim converts in Europe. At a time when referring to Islam as a religion of barbarity has become a norm, thousands of Europeans, especially women, are wholeheartedly embracing it:

“… Europeans approached the subject of conversion to Islam with intellectual seriousness and careful reasoning. They are in the tradition of the European philosophers in their quest for truth and meaning. … Their conversion is invariable a mixture of head and heart. It should also be noted that European primordial identity – which has reservations regarding morally vacuous materialism, consumerism, and globalization and defines differentiated roles for men and women – finds an echo in the attraction many converts feel toward Islam today” (p. 306).

The final part of the book deals with a range of matters of crucial importance, such as the effect of European primordial identity on Muslims and Jews, the impact of the repugnant terrorist group ISIS on the lives of European Muslims, and the imperative for convivencia on the continent.

This section of the book discusses in great detail how Jews were persecuted, and Muslims appreciated, throughout Europe’s history because of the typical attitude of primordial tribal identity towards religious and ethnic minorities. This attitude has been reflected in the works of German philosophers like Johann Gottfried von Herder. Herder believed that only those who lived in their own lands with the people of their own ethnicity and shared the same cultural traditions were deserving of respect, and therefore he disparaged the Jews for relocating to Europe and admired the Arabs for continuing to live in their original homeland in the deserts of the Middle East. 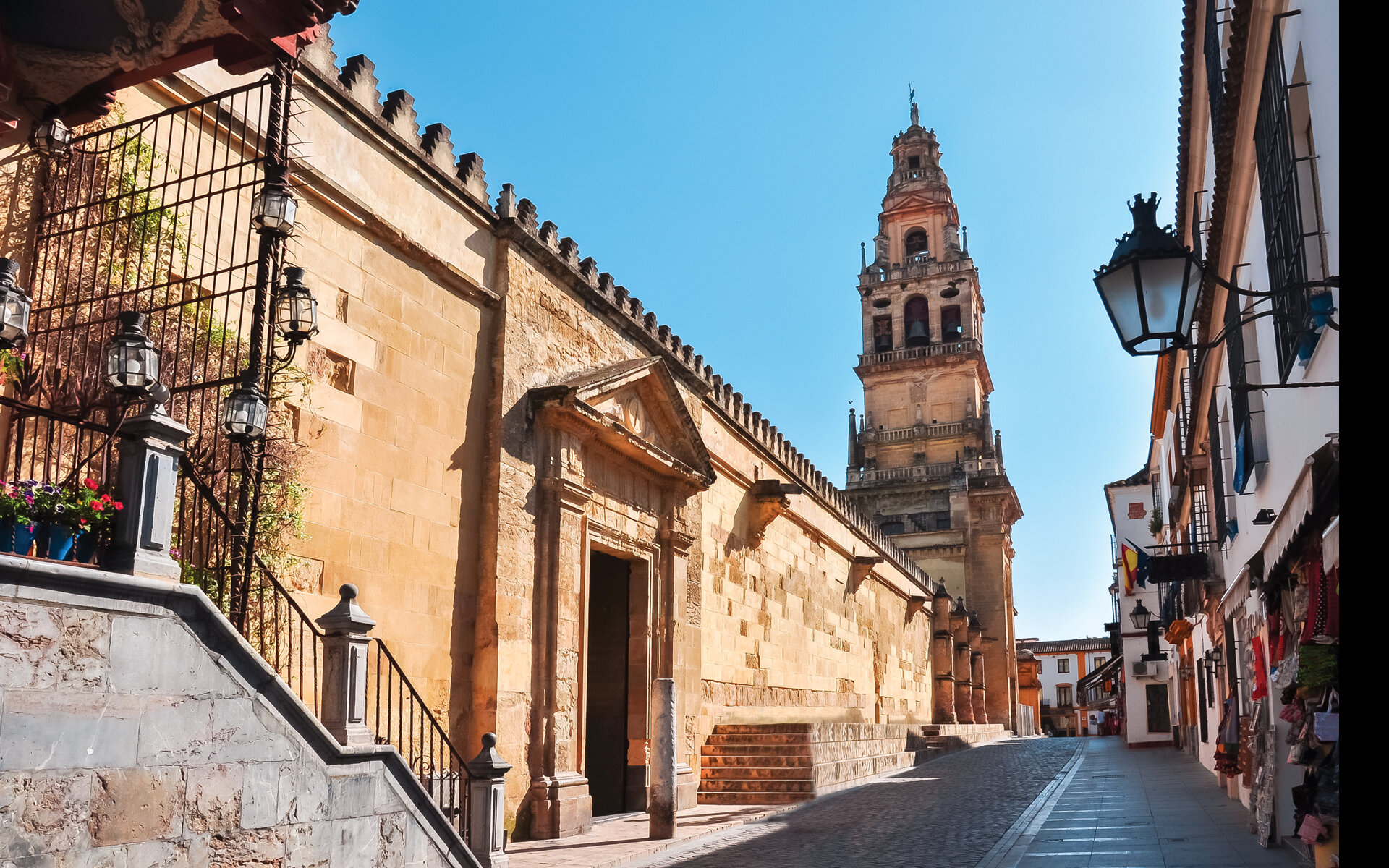 However, Ahmed notes that the establishment and the rise of the State of Israel has been a formidable force on European politics and perspectives. Simultaneously, the unabated chaos in the Middle East and the consequential refugee crisis have resulted in the dramatic reversal of relationships. Although anti-Semitism is still rife within European right-wing movements, the general European view of Jews, who are now settled in their homeland, is mostly positive; whereas even moderate Europeans view the Muslim community, who have been dislocated from their homelands, with suspicion.

A careful and comprehensive analysis has been done by the author on the issue of ISIS and the support that it garnered from some sections of European Muslims, which is reflected in the fact that over 5,000 of them travelled to Syria and Iraq to join the terrorist group. He argues “that supporters of terrorism are not monolith, and their paths to terrorism are different,” and divides “these Muslims into three categories: those immigrants with a tribal background, those with a modernist Islamic background, and European converts.”

The author gives a set of different reasons that these Muslims had/have for their support of the dreaded terrorist group. For instance, for those with a tribal background where taking revenge is part of the culture, marginalization, constant cultural humiliation, and an utter lack of opportunities in Europe drove some of them to seek revenge through terrorism. For those with a modernist Islamic background, the inability of elders to engage in serious intellectual debates meant they tried to find answers on the Internet, where some ended up reading literature posted by radical groups. Lacking proper guidance about their new faith and its doctrines, new European converts were not taught how to eliminate discrimination and injustice against their new fellow brothers and sisters in faith. In their efforts to find guidance, some were radicalized.

Ahmed’s book also points to the very important fact that support for ISIS is high in places where Islamophobia is high, and it is low where Islamophobia is low. It notes that given Southern Europe has some memory of convivencia and as a result has low Islamophobia, no European Muslims who travelled to the Middle East to join ISIS came from this region.

Based on the fieldwork findings, Professor Ahmed concludes his book with ten immensely valuable solutions. These are meant to contain the crisis that seems to be engulfing Europe. The first among them is reviving the ilm ethos and seeking knowledge about one another, which is extremely close to my heart.

Ahmed’s book is a must-read not only for students of anthropology and sociology but also for the decision-makers, in Europe and beyond.