Intoxication and Sobriety (Sakr and Sahw) 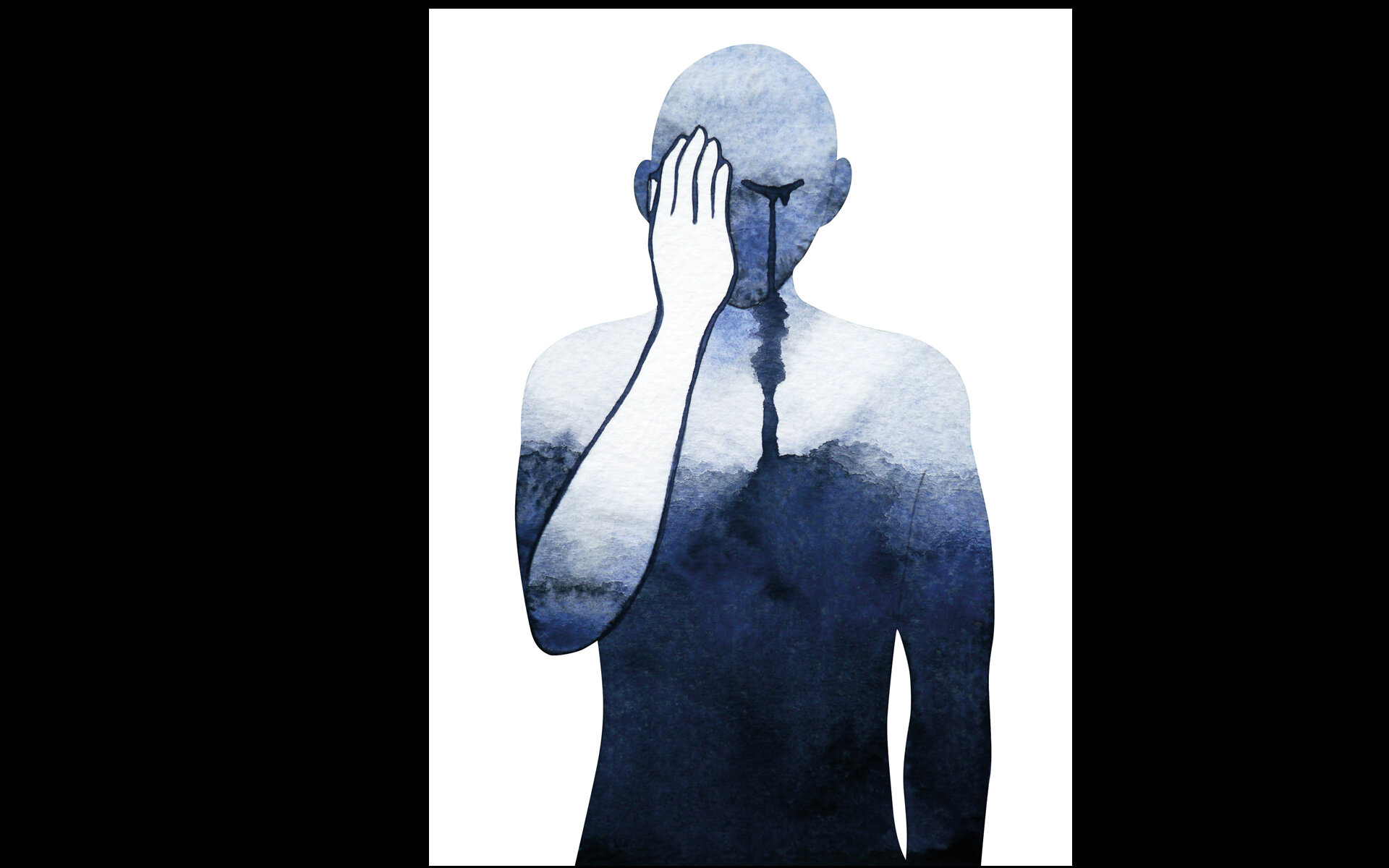 In the language of Sufism, sakr (intoxication) means that an initiate is enraptured by the rays of the manifestations of God’s “Facial” Light. His or her returning to his or her former, normal state is sahw (sobriety). These two terms are usually used together as sahw u sakr.

There is a relation between intoxication and absence. If the inner world of seekers after the Ultimate Truth who feel intoxication is not satisfied with the Divine gifts, then they lack something in intoxication, and suffer irregular tides with respect to the state of absence. It is coloring, rather than self-possession, which is witnessed in their actions. For this reason, such seekers should be regarded as those who have perhaps feigned intoxication rather than being actually intoxicated. However, it sometimes occurs that the gifts come in showers and invade the whole being, with the result that then they do become fully intoxicated.

Intoxication sometimes arises from a strong belief, a considerable knowledge of God, and feeling fear and awe in a balanced way, making itself felt in a broader sense. As for the degree of intoxication which is felt by those who have advanced further on the way and who have approached nearer to God, whenever such travelers are honored with the manifestation of the Divine “Facial” Light or with the vision of the “Face” beyond all concepts of modality, they immediately become intoxicated. The spirit overflows with zeal and joy and the heart feels excessive excitement. This is particular to people of ecstasy.

Sobriety means that the intoxicated ones return to their former, normal state. Like intoxication, sobriety is also an undeniable part of the journeying toward the Almighty. Whenever the eternal King of truth invades the very being of the intoxicated lovers of the Ultimate Truth, who spend their lives immersed in spiritual pleasures in the valleys of absence, they feel as if they have immediately fallen into an ocean and have vanished like a drop into the world of feelings, or that they have been burnt away like a dried, flammable object and that their nature has changed. Furthermore, their ways and bridges of sensing are demolished one after another and He alone can be felt everywhere and in everything. There are many who see a relation between such a state and what is meant in the verse (7:143): The moment His Lord manifested His glorious majesty to the mountain, He made it crumble to dust, and Moses fell down in a faint. Just as the mountain was rendered dust, despite its immensity, and just as Prophet Moses, upon him be peace, fell down in a swoon, despite his being one of the five greatest Messengers of God, people of ecstasy feel as if they have changed their nature, they take up different attitudes, act as if intoxicated and utter words that suggest intoxication:

O cup-bearer, pour wine into the cup, it is time to break the fast;
Restore this ruin; it is time to display the favor we receive.
(M. Lutfi)

This day Nasimi is intoxicated with the grace of the cup-bearer;
I have always seen Mustafa in the wine which intoxicates me.
(Nasimi[1])

There are many other words uttered concerning intoxication, but it is beyond the scope of this book to cite them all. Only consider that the famous Hafiz ash-Shirazi begins his Diwan with the verse, Beware, O cup-bearer, bring a cup and pass it around!

Intoxication is a state in which one is enraptured with pleasures; of sobriety the main characteristics are knowledge and self-possession. A traveler is in waves of unintended, unpremeditated joy and pleasures in the state of intoxication, while in sobriety, he or she is conscious, self-possessed, and makes deliberate efforts to feel the All-Holy, Ultimate Truth.

Some consider intoxication to be when a heart boils with extraordinary joy and excitement in the moment when the person feels deeply the All-Beloved. We may interpret this state as the human self being immersed in joy and pleasures in the face of the gifts coming from the Unseen World or as an initiate losing him or herself, being overpowered by love. If the human self gets intoxicated because of immersion in joy and pleasures, this is regarded as a natural state of intoxication which an initiate gets into. If love drives the person into intoxication, this is the state of intoxication into which God Himself draws him or her. However, whatever the reason for intoxication, the traveler to the Ultimate Truth lives wonder-struck and acts in tides of zeal and joy. As seekers deepen in intoxication, they begin to wander in the valleys of wonder and astonishment. Sometimes their will-power may even break down, with the result that they begin to feel as if they were a shadow of the Light of His Existence. Those who have reached this point are called the “willed ones.” Their finite attributes are replaced by the manifestations of the Attributes of the All-Permanent, and they become a polished mirror of the fact that he sees by Me.[2]

Indicating this highest point, it is said in Thamaratu’l-Fuad (“The Fruits of the Heart”):

My voice, which sings like a nightingale,
has been made to speak by Him;
My eyes, which see, see by Him,
and I have heard speech from Him.
He has favored me with speech, with which
He has brought mysteries to light.
By the all-brilliant Light of God, my heart
has been made extremely bright,
And by the light of Muhammad,
I have become one with a pleasant heart.

Some have disapproved the use of the word intoxication for a spiritual state as it celebrates a concept that is scorned by both reason and the Shari‘a. But intoxication, which we can describe as the state of losing oneself due to the depth of love and ecstasy, is a metaphor used to express being exposed to or being favored with the rays or gifts of the Almighty which enrapture. Initiates enraptured by these gifts or rays cannot distinguish anything because of the depth of the waves of joy and pleasure in which they are drowning. In a hadith concerning repentance, God’s Messenger, who is the most advanced in reasoning and sensibility, tells us that a man of the desert expresses the excessive joy he feels with the words coming from his mouth unintentionally: “O God! You are my servant and I am Your Lord.”[3] This may be a good example of what may happen within the ecstasies that one experiences due to being favored by the Almighty’s stream of gifts.

There have been numerous people overpowered by this state, who burn with love and yearning. With his words, “O singer, play the instrument, for tonight I am intoxicated!”, Muhammed Lutfi Efendi, taking advantage of the permissibility of metaphors, declares nothing more than the joy and zeal of a lover.

As it has been to date, many travelers to the Ultimate Truth will from now on murmur the same things each in their own style in the face of the Divine lights, colors and forms that they observe everywhere. In fact, when a heart falls in love with the Eternally Beloved One and is invaded by ecstasies, and in its conscience feels His company, only those who have Prophetic insight and resolution can save themselves from confusion. Other faithful lovers, who dive deep into the cataracts of love, (or who flow abundantly like a river swelling with rains,) will sometimes overflow their limits; they will let themselves into the huge waves of love due to the rejoicing originating in feeling in His company, and always live in wonder, uttering “He!”

The feeling of absence that a traveler to the Ultimate Truth has during intoxication is expressed by “He!” Although some suggest confusion, the following verses are beautiful in expressing this:

The lights of my eyes are He, and the direction for my reason is He;
my tongue always utters He, and I sigh and groan with He.
My heart goes on an excursion in He, the love of my soul is He.
Those who are lovers and intoxicated are always with He.
My soul has sacrificed itself in the way of its Beloved,
its union is with He, its parting is with He;
and its cure, as well as its afflictions, is He.

Sobriety is the condition when one favored with knowledge of God comes to after having gone into an absence of feelings and consciousness, or, as with the Prophets, when one spends a lifetime in wakefulness and consciousness. It is the opposite of intoxication. The following couplet of Tokadizade Şekip[4] is worth quoting in this respect:

The people of peace intoxicated with intimacy in Your Presence,
do not want to exchange their rapture with sobriety.

Intoxication is a state, while sobriety is a station and is more objective, secure, and straightforward when compared to intoxication. While intoxication comes from a subjective consideration of the Ultimate Truth, sobriety is based on the consideration of the All-Exalted, Majestic Being known by His Names and outlined by His Attributes and Whose Essence cannot be perceived. From another perspective, an initiate is out of his or her senses when in a state of intoxication, but is sensible in sobriety. Intoxication suggests “self-annihilation in God,” but sobriety implies “subsistence by God,” which is subsistence by His Subsistence and is defined as “subsistence by God and being in His company.”

Some prefer intoxication to sobriety, yet this is the view of the intoxicated when overpowered by the state or induced by traveling through the valleys of coloring. There is absence in intoxication and in sobriety there is peace and rest. Sobriety is a few steps higher than intoxication. Intoxication means being overpowered by state; it is accompanied by coloring, and is the way of some saints, while sobriety depends on consciousness, is accompanied by self-possession, and is the way of the Prophets and the purified scholars. The Qur’an declares (15:99): Worship your Lord until certainty, which is bound to come, comes to you. An approach to this Qur’anic declaration is: “Continue on the way to God until you are fully awakened by death to the truth of the belief’s pillars, for traveling toward the Infinite One is endless.”

Our Lord! Grant us from Your Presence a special mercy and arrange for us in our affairs what is right and for our good! And bestow peace and blessings on our master Muhammad and his Family forever.

[1] Imaduddin Nasimi (1369–1417), Azerbaijan’s outstanding poet of the 15th century, wrote in Azerbaijan along with Arabic and Persian. He was very successful in lyric poems. (Tr.)

[4] Tokadizade Şekip was one of the Turkish poets and writers who lived in Izmir in the first half of the 20th century. He wrote in favor of political freedom and was one of the founders of the Association of Defending the Basic Rights in Izmir. (Tr.)