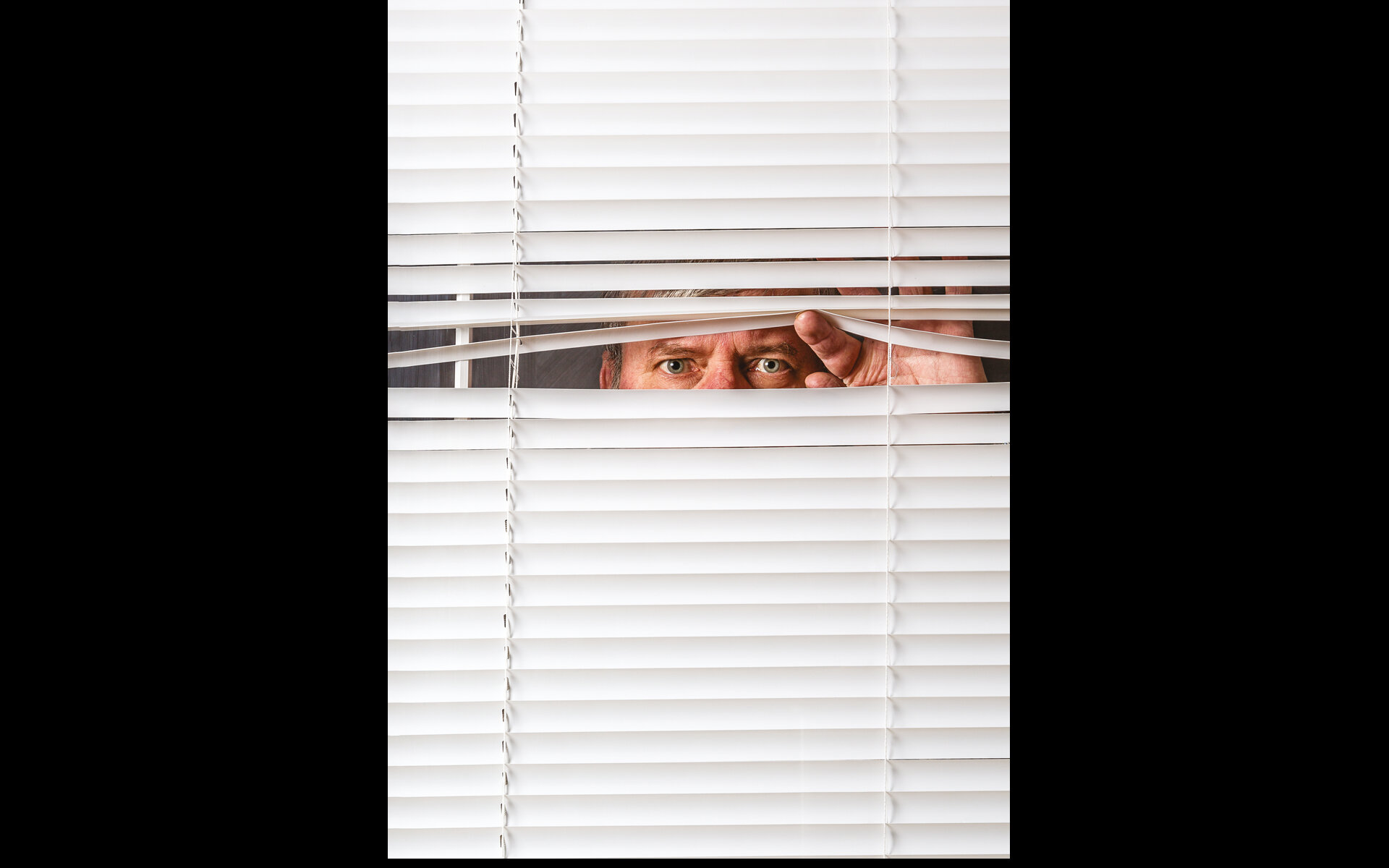 Paranoia is a chronic spiritual illness that disrupts a person’s ability for reasoning, balanced thinking, and judgment. Paranoia is a symptom of psychopathy. People who exhibit signs of paranoia often display the following four symptoms:

Such people make paranoia one of their ingrained character traits. They are perpetually afraid of losing the things they have somehow obtained. They invent imaginary villains and rebels, and crush those whom they take as opponents, if they have the power. If they are weak, they side with those who were nothing but a nemesis the day before; they seek to cause perpetual discord and commit the gravest atrocities.

They don’t merely commit hundreds of evils; as if possessed by evil spirits and devils, they block the good deeds of those who walk on the path of the Prophets. They seek to make those good souls seem like rebels and bandits, while also turning the masses into pawns for their evil purposes. By doing such things they also seek to prevent a global revival of humanity sought by those who strive to represent universal human values in all corners of the world.

On account of what they commit under the urges of the carnal soul and passing fancies, such people disrupt society; ironically they also cannot obtain their goals, either. To the contrary, with their paranoia-based acts, they have turned their lives and the lives of those around them into Hell.

As a paranoid individual operates based on destruction, which is easily done, they also ascribe favorable outcomes to their own insight and sagacity. They see others as abnormal—like lunatics do—while continually exhibiting different kinds of insanity. By considering those who do not think like them as traitors and terrorists, they live in fear of losing what they possess. They order special troops to guard them, but they still don’t feel safe.

Paranoids who come from poor backgrounds and obtain important positions and titles later on with a turn of fate are especially seized by every kind of delirium—partially due to their inferiority complex—and a paranoia about losing their power and fortune to others. They are agonized by successions of misgivings. They see angels, and angel-spirited people, as if they are snakes and set about complimenting devils.

The Pharaoh was one such paranoid individual. Uneasy of the possibility that one day Moses (pbuh) and the Children of Israel could become stronger, he did not only make life a misery for himself and the unwise ones behind him, but also shed the blood of so many people—just like contemporary pharaohs do—and committed manifold atrocities. When his time was up, destiny removed him from the stage.

History gives us many such examples, and it marks a route of caution for those with insight. Although times have their relevant differences of color, pattern, name, and titles, within the cycle of historical recurrences, no era was free of such human-like creatures. From the Pharaoh to Haman, from Nebuchadnezzar to Shapur, from Stalin to Hitler, and to those like Yazid in their footsteps, so many paranoid individuals have come to the fore, performing the same evils and disgracing humanity.  They built villas and palaces for themselves, employed the same wicked ways, and followed the same devilish path. They kept living with misgivings, were haunted by fears of losing the power they had, and to prevent this they defamed and persecuted thousands and millions of decent countrymen.

Recent history is full of examples. Hitler left behind ruins in Germany and killed millions of innocents. In Iran, the Shah – fearing the loss of his power – ruthlessly massacred dissidents. Saddam Hussein, afraid of facing the same fate as the Shah, mowed down those he thought-to-be his opponents. And Qaddafi was no different either. He ravaged his country, all to preserve his own power, in fear of an illusory opponent.

Other paranoids who emerged like hellish zaqqum trees in the Islamic world act no differently: people are thrown in prison for trivial reasons, mothers and their children are separated from one another, innocent people are killed by torture, law and justice are trampled underfoot. So-called “scholars” serve as henchmen to these modern-day pharaohs. Killings and torture go unpunished. Creatures in human form gawk at these, mute devils (who do not object to injustice) simply watching wicked atrocities without any emotion or action.

Now, what falls to those oppressed is to fix their eyes beyond the horizons and pray for God’s help to come and free them from their chains.  Above all, if only we—as all oppressed and suffering believers—could learn to say “goodness lies in what God has decreed and brought to being,” and thus not complain about Divine destiny.…  If only we could internalize the meaning of the prayer “we are pleased with God as our Lord,” as expressed in:

Even if it is a hardship from Your Majesty,
Or ease from Your Beauty,
For our soul, both are serenity
Your Grace is so good, and so is Your wrath.
Yunus Emre

Whatever Divine Destiny decreed is surely bound to happen,
Commit your affairs to God; neither be grieved nor suffer any pain.
nderuni Vasif

If only we could see what we go through as pools of spiritual purification, as expressed in:

God lets those whom He loves be purified by means of troubles,
Just as pure waters wash away impurities

If only we could murmur with this consideration and find consolation.  If only we said, “Every oppression and wicked act has a certain term until it incurs Divine retribution,” and as a respect to that appointed term, if only we said:

A day will come when God will make oppressors say,
God has indeed preferred you above us.”
(Ziya Pasha, with reference to Yusuf 12:91)

Then, we could commit everything to their true Owner.  If only we could see the end but not the present, with the belief that, “Those who rise with oppression are bound to face a terrible end,” based on the truth, “unbelief will continue, but oppression will not.”

If only we could leave everything (beyond our capability) to the All-Knowing One with the belief expressed in:

For the oppression of a tyrant,
there is God for the oppressed
Tormenting people today is easy,
only to stand trial tomorrow on the Day of Judgment....

If only we did not complain while going through temporary misfortunes, and be reassured by the meaning of “God is sufficient for us; what a beautiful guardian is He.”

This was the very guideline and constant recitation of great personages; it must be ours as well. Let us say “these too will come to pass,” and without paying attention to the aspersions published by the oppressors’ media allies, we must turn our surroundings into fragrance centers with the rose gardens in our hearts and thus make everyone enraptured and elated.

May God the Kind, Caring, Bounteous and Favoring of infinite Mercy bless us with unshakeable will on this path, a resolute stance, and continuity in our resoluteness.