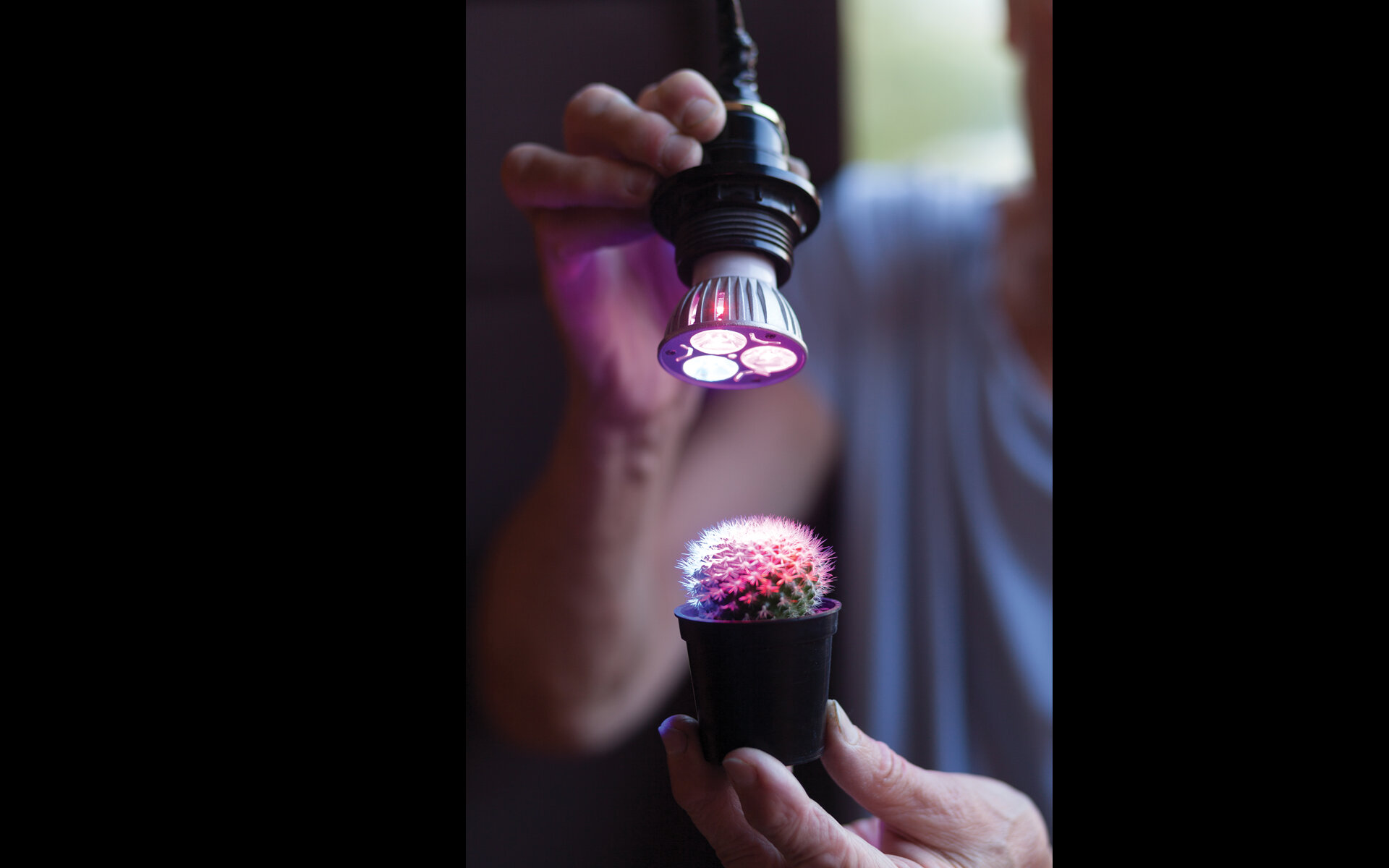 Yu and Jain. Plasmonic photosynthesis of C1–C3 hydrocarbons from carbon dioxide assisted by an ionic liquid. Nature Communications, May 2019.

Scientists have recently established a reliable “artificial photosynthesis” paradigm to produce fuels from water, carbon dioxide, and visible light. With the help of sunlight, chemical reactions between water and CO2 are catalyzed in plants to generate and store solar energy in the form of glucose. This process is called photosynthesis. In the new study, the researchers developed an artificial process that uses the same mechanisms of natural photosynthesis to convert CO2 and water into liquid fuel by using electron-rich gold nanoparticles as a catalyst. Gold nanoparticles function in the same role as chlorophyll in natural photosynthesis in the absorbing of light and transferring electrons and protons to catalyze the chemical reactions between CO2 and water. They are known to be efficient at absorbing light and do not break down or degrade like other metals. The energy stored in the bonds of the hydrocarbon fuel can be freed by the conventional method of combustion or by new-generation, environmentally-friendly power fuel cells, thus producing electrical current. By converting CO2 into more complex molecules like propane, green-energy technology is now one step closer to using excess CO2 to store solar energy for use when the sun is not shining and in times of peak demand. While the development of this CO2-to-liquid fuel may be exciting for proponents of green-energy technology, the artificial photosynthesis process is nowhere near as efficient as it is in plants. New methods should be developed to increase the efficiency of the catalysts and downstream chemical reactions at much higher scales.

Neuroscientists have identified the part of the human brain whose duty is to help us perceive the barriers which define the navigable space around us, such as walls or ceilings, so that so we can avoid bumping into things and navigate safely through our environment. By way of vision we have an almost instant sense of where we are in space. Although this process feels effortless, it requires the coordinated activity of multiple brain regions and neurons working together to give us this sense of our surroundings. This process has remained unknown. But thanks to a new study, we are a step closer to solving the puzzle. Using cutting-edge brain-imaging technologies, researchers examined the mental responses of volunteers as they were shown images of various three-dimensional scenes. The images depicted a typical room with three walls, a ceiling, and a floor, but then were abruptly changed by the removal of a wall or a ceiling. By doing this repeatedly, the team could pinpoint how the participant’s brain encoded every scene. In the brain scans of the volunteers, one brain area called the occipital place area (OPA) clearly stood out. OPA activity represented the geometry of the scenes and activity patterns, reflected the presence or absence of each component, such as a ceiling or a wall, and projected a detailed picture of the overall configuration. Interestingly, OPA seemed to ignore the surface appearance of the various components such as colors or textures in order to focus only on the geometric patterns. The OPA managed to perform all the necessary computations needed to get a sense of a room's layout extremely fast – in just 100 milliseconds. In the future, the research team plans to incorporate virtual reality technology to create more realistic 3D environments for participants to experience, hopefully achieving much deeper insights into how our brains process and makes sense of the visual information.

Gut segments are organized by function

As food enters our intestine, it goes through a windy and lengthy journey. A new study provides new insights into how our intestines maximize nutrient uptake while protecting the body from potentially dangerous invading microbes. At first glance, the intestines appear to have a uniform tissue structure. But when scientists looked at them closer, they found that our food-processing canal seems to consist of multiple compartments that pace the immune system's reactions to the food passing through. Scientists uncovered these functional intestine segments in mice when they examined the intestinal structures called gut draining lymph nodes, which orchestrate immune responses. The researchers found that nodes in different parts of the intestines had different cell composition, and they saw different immune responses between segments when they challenged the mice with a pathogen. They observed less aggressive defenses in the first segments where nutrients are absorbed, and more forceful responses at the end, where pathogens are eliminated. Researchers plan to exploit these immunological differences between the gut segments for treating gastrointestinal disorders. For example, by targeting immune-suppressing drugs to the specific gut segment where they'll have the most effect, it might be possible to dampen their side-effects. The spectrum of immune responses along the intestines could also be used to make new and better oral vaccines. Thus far, scientists' efforts to design oral vaccines have been hampered by the difficulty of generating a robust immune response; it is possible that the muted immune response at the beginning of the intestines might be part of the reason why oral vaccines tend to be less effective than injections. Thus, targeting the distant end of the intestine might be much more efficient way of inducing the immune response required.