Staying behind for Profound Knowledge 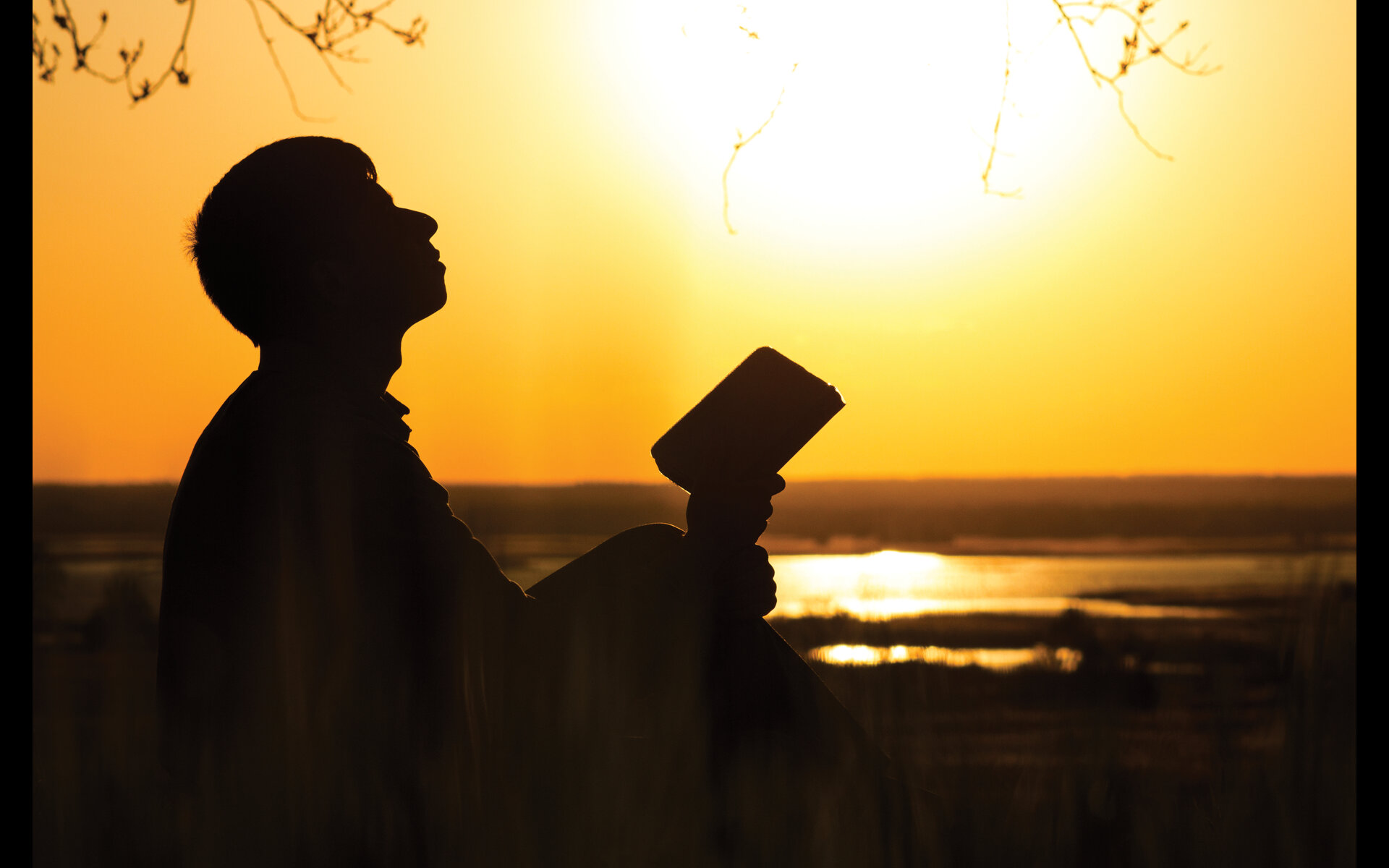 Question: What are the lessons today’s believers should draw from the following Divine message: “Believers should not go forth to war all together. But why should not a party from every community of them mobilize to acquire profound, correct knowledge and understanding of the Religion, and warn their people when they return to them so that they may beware (of wrongful attitudes)” (at-Tawbah 9:122).

Answer: In this verse, God Almighty first reveals that it is not correct for all believers to simultaneously go on a military campaign and take part in war. Then He states that a party should stay behind to gain insight into the spirit of religion and that when their people come back from different fronts, these learned ones should guide them with fair exhortation, feed them with religious knowledge, and teach them what they should know; this is because those people who engaged with the enemy during warfare may have failed to receive the religious education they need.

Why did they have to fight?

In the early period of Islam, since believers told people the truth, and represented and expressed justice, they faced attacks by the antagonists of religion. In such a situation, believers could not say to the enemies coming to exterminate them, “Come on, let us sit in the mosque and discuss first.” Even if they did, those enemies, who were fixed on grudge and destruction, would have tried to demolish that mosque and bury the believers therein. In order to stand against such demolition, they fought to protect their chastity, honor, religion, home, and flag.

After the demise of the noble Prophet, peace and blessings be upon him, and during the time of the Rightly Guided Caliphs, may God be pleased with them, similar problems emerged and Muslims had to engage with enemies in different places. During the time of Caliph Abu Bakr they had to fight on eight different fronts in order to repress the cases of apostasy in different tribes. Besides, the Sassanid and Roman empires, which were the super powers of the time, also had their eyes on Muslims. Since they accosted Muslims at every opportunity, Muslims had to fight defensive wars against them in different parts of the world.

In such a situation, had everyone attended war without any exception, there would have been a serious gap in terms of religious education. In the verse mentioned above, God Almighty commands that a group of people should stay behind for scholarly purposes in order to compensate for the lack of knowledge in those who return from war. Thus He pointed out that Muslims must definitely retain their learned state and attain the horizons necessitated by the conditions of their era. If believers fail to attain such a state and horizons, it is not possible to stand against attacks on different fronts anyway.

As for the conditions of our era, when knowledge and power of discourse came to the fore, continuing to exist as ourselves will be possible by means of the power of knowledge, pen, and discourse. With the approach of Bediuzzaman, victory over the civilized can be through persuasion. Therefore, the devoted souls who are the cultural envoys in our time should take their values to different parts of the world—not with weapons and brutal force, but with knowledge, wisdom, love, tolerance, and goodness. The way of peace and love opens the way that leads to hearts, whereas brutal force causes grudge and hatred to rise from the dead. For this reason, unless you remain under invasion and have no any other way but to fight, no solution should be sought through force. As for the issue of using force, it should be evaluated within a perspective of defense or eliminating an inescapable danger.

It is for this reason that the most important duty to be fulfilled with respect to Islam and humanity is going to the four corners of the world, to exchange cultural values there. It is also important in the meantime to benefit from different patterns and colors wherever we are, as far as they do not contradict one’s essential teachings. By coming into contact with different people in the places they go, the devoted souls will both serve as honorary representatives of their cultural values, and they will receive the beautiful sides of those cultures and present them to their own people. However, as they will be predominantly busy with their pursuits of peaceful action, they may not be sufficiently nourished in terms of knowledge and spirituality. Then, it is necessary to edify individuals well-versed in the values of spiritual heritage, who know essential sources better, and thus who will help those in the field of peaceful action be nourished as is necessary. Those who undertake the responsibility to deepen in correct and profound knowledge and comprehension of Islam should constantly flow like a pure freshwater spring, nourishing the altruistic souls running in the field, who should in return take what they will from that source and complete their scholarly equipment.

Scholarly Ones Open to Both Physical and Spiritual Disciplines

By referring to acquiring “profound, correct knowledge and understanding of the Religion,” the verse points to the fact that those who stay behind need to be equipped with knowledge pertaining to faith, Islam, and to ihsan, or perfect goodness. Together with that, the sound functioning of these values, their easily being welcome by a society (perhaps of a very different cultural background), and their being liked and valued, depends on correct discernment of non-religious realities and rules as well. Therefore, besides religion, it bears much importance to master the natural sciences, which constitute the basis for most modern sciences. It is important to carry out research in this respect, and behold appreciatively the creation displayed in nature.

As Bediüzzaman put it, while learning religious disciplines on the one hand, modern sciences should not be neglected either. He pointed out that a student’s endeavor would soar only when these two are found together. Excluding one of these two will mean leaving the other devoid of wings. One should neither make concessions from learning religious disciplines, which are the light of the heart, nor ignore modern sciences, which are the light of the mind, reason, and judgment.

In addition, this verse emphasizes the importance of love of knowledge and research. Therefore, one must make very serious efforts in order to master both the religious and modern sciences, and remain like a “student” until the end of their life. The Arabic word for student (talib) means “seeker” of knowledge. No matter whether a person studies religious disciplines or modern sciences, if that person is utilizing the essences distilled from those studies for the sake of knowing God and maintaining a sound balance, then that person will be treated as a true student or seeker of knowledge. So what does such a treatment mean? As the Messenger of God stated, God Almighty makes the way to Paradise easier to one who sets forth demanding to acquire knowledge. [1]

Seeking knowledge is very important and the benefits a scholar can bring to society are great. Thus, one’s society is responsible for supporting seekers of knowledge and doing what they can for them. It is very difficult for someone dedicated to knowledge to devote time for anything else. Accordingly, some Islamic scholars stated that even if they wear expensive clothes and the threshold of their door is made of gold, it is still possible to give alms to seekers of knowledge, because the vitality of a nation depends on such mastering of knowledge. If this cannot be done, the nation will collapse and disintegrate. Due to this stagnancy, some cracks emerged in the Islamic world in the fifth century after the holy migration (11th century CE). With the recession in the 13th and 14th centuries, a complete breakdown and disintegration happened. Muslim societies have not been able to straighten up since.

Dignified Contentment and Remaining Under Obligation

In response to people’s support and care, seekers of knowledge must do their best in terms of being worthy of such kindness and must not waste a second of their time. Through very serious planning, division of labor, and a discipline of mutual helping, these seekers must be completely focused on this task. They must devote all of their energy to the task so as to be deserving of the people’s regard for them—even if that means sleeping only four hours if necessary and devoting twenty hours of the day to studying. Who knows? When they study with such seriousness, maybe God Almighty will grant them in two years what another person can attain in ten years.

Incidentally, let me share how I feel about one issue: I feel heartbroken for those who pursue PhD degrees, but cannot finish that in even ten years. Time is the greatest capital for a human. If a person has taken such a path once, they should persevere, exert their brains, make use of all arguments they can make use of, benefit from all sources they can, and if possible, they should even finish their PhD before the time determined for them.

I wish to underline one more point concerning scholarly ones: Dignified contentment is a very important principle for those dedicated to scholarly pursuits, with respect to the honor of both knowledge and learned ones. Actually, the path of the Prophets is also based on this essential. In many verses of the Qur’an, it is stated that they said, “I ask of you no wage for that (for conveying God’s Message); my wage is only due from the Lord of the worlds” (ash-Shuara 26:127). In this respect, scholarly ones should not be obliged to anyone if possible, in any phase of their lives—neither while they are students, nor when they become teachers, or teacher of teachers…

May God forbid, if one does not have this feeling of dignified contentment, and if that person carries out certain tasks for the sake of some returns, such as becoming a manager, director general, MP, minister, or prime minister, then such a person cannot be saved from being obliged to other people. Unfortunately, the concessions they make on account of being obliged will not only cost them dearly, but cost their nation as well. In this respect, those who engage in scholarly pursuits must arrange their lives in accordance with the principle of dignified contentment. They must use the means of their fathers if they can, or they must make a modest living with their own means, if they can. They should live frugally, never becoming obliged to anyone and never having to make concessions.