Having Bad Opinion of Others: A Disease to Topple a Person 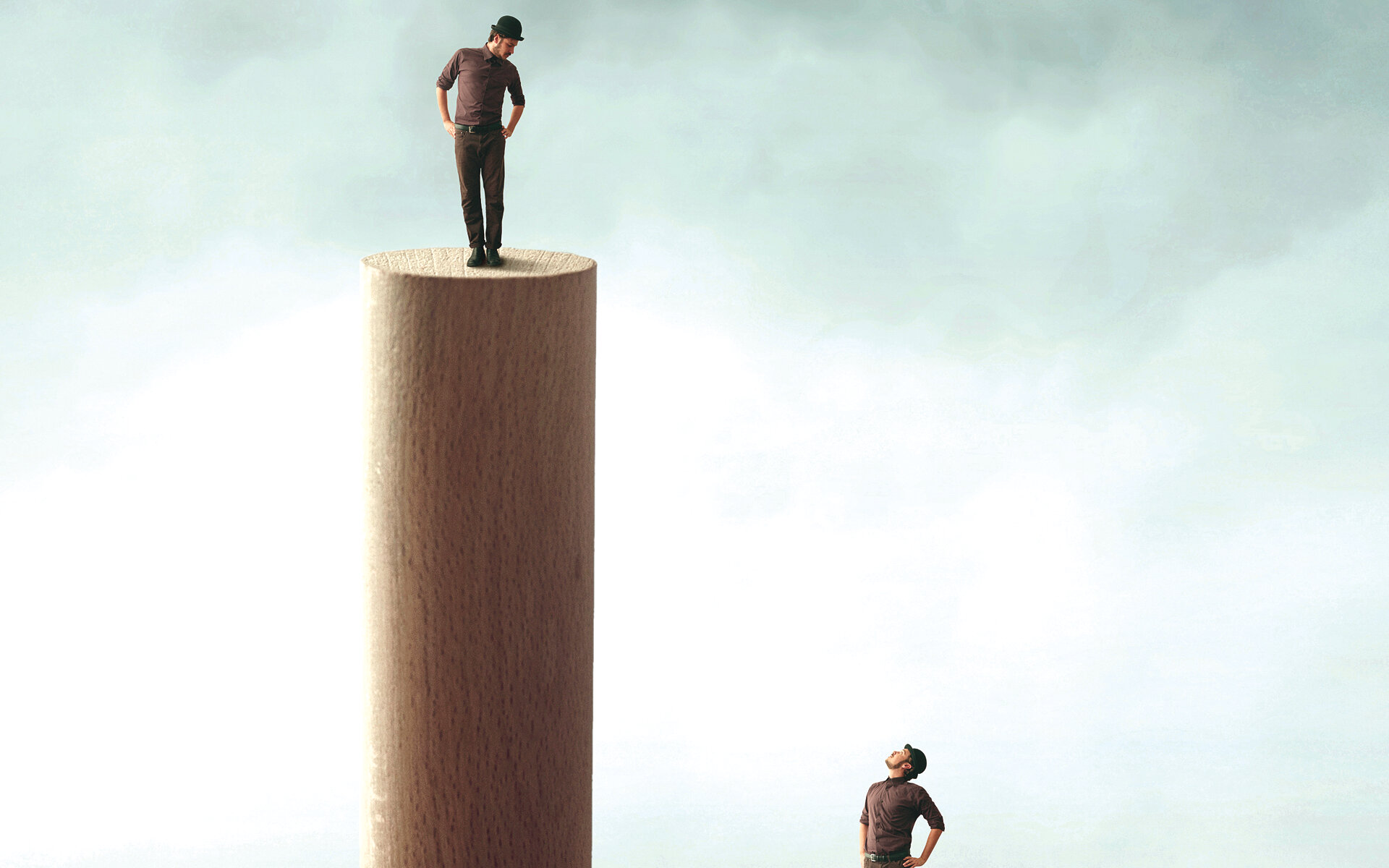 Question: Is having bad opinion of others actually self-inflicting?

Answer:  “When you hear a man say, ‘The people are ruined,’ he himself is the most ruined of them all.”[1] Since this blessed statement is a pithy one, it conveys many truths. One of the truths conveyed by this saying by Prophet Muhammad, peace be upon him, pertains to making false assumptions or having bad opinions about others. Vilifying others, even to the degree of declaring them to be ruined, almost always stems from such false assumptions. However, the noble Prophet points out that the one who makes such sinful statements is actually the most ruined one.

Those who idolize their ego seek others to blame

The underlying motive behind such invective is egotism, ego-centrism, and even narcissism. If a person is vilifying everybody and finding faults in them, it means that they are idolizing themselves unawares. A person devoid of positive thinking but fixed on negative thoughts can even use their false assumptions to criticize very important acts of worship by others, questioning their sincerity in their prayers.

Such a thought should be accosted by the Prophet’s warning, “Did you cleave his heart open to check it out?”[2] We cannot know anyone’s heart. A person who seems to neglectfully observe prayer may actually be observing it with deep feeling. Viewing others’ acts of worship with bias and assuming them to be sanctimonious is a terrible form of false assumption. Such a false assumption may cause a person to end up in utter spiritual loss. God Almighty forbids baseless suspicions, in a definite and clear fashion, with the following Divine decree: “O you who believe! Avoid much suspicion, for some suspicion is a grave sin (liable to God’s punishment); and do not spy (on one another…)” (al-Hujurat 49:12).

While considering others, it is always necessary to view them in a positive light, as far as there is a possible basis for it. Even if a person has only one aspect that allows positive thinking, one must still take it and avoid negative thinking. On the other hand, while viewing ourselves, we must be self-critical to the degree of worrying about the possibility of having spoilt our good deeds by showing off.

Someone who outwardly seems to have a weak connection with God, owing to poor observance of individual worship, can be someone who always speaks truthfully in interpersonal relations and never lies. We must interpret this attitude of theirs as a result of their God-consciousness and say, “Given that this person is so scrupulous about refraining from lying, then they must have a very strong relation with God.”

Similarly, imagine a person who is very vigilant against unlawful gain, does not even eat a forbidden morsel, and refuses to take an undeserved payment for a task they did not carry out. This person’s behaviors are so praiseworthy that one can only assume his or her special connection with the Divine.

Balance: think positively, but with caution

If we refrain from going to extremes but seek the ideal conduct on this matter, we must never disregard the following principle: for those people whose ups and downs we witness, we should still think positively, but with caution. If the person we view with positive thoughts occasionally strays from the line of uprightness, then they may not be a mature and perfect person, as we see them to be. In this respect, even if we entertain positive thoughts about that certain person, we should not fail to act cautiously about certain issues, such as giving them some vital responsibilities or entrusting them with very important tasks. However, we should know that even in such a case, we do not have the right to adopt statements that convey negative thoughts while giving an account of that person. We cannot say things like, “I do not have much trust in such and such person; they are not really trustworthy.”

While viewing others we should think that even the simplest deeds can be a means of salvation for them. We should overlook their faults and avoid speaking negatively about them. A particular example from the time of the noble Prophet provides important lessons to believers in this respect.

In the early period of the prohibition of alcohol, one Companion was caught drunk many times and was severely reprimanded. Once, he was brought to the presence of the Messenger of God, peace and blessings be upon him, and reprimanded for the same offense. One of those present reacted to him with words like, “May God curse you! What a bad person you are! How many times it has been, and you are still brought to his presence like this?”

Upon hearing this, the noble Prophet said, “Do not speak like this; do not help Satan against your brother with such words. I swear by God, he loves God and His Messenger very much!”[3] So we should constantly view others through this perspective of the Messenger of God, peace and blessings be upon him.

One must especially avoid making false assumptions when considering the volunteers devoted to serving for the sake of faith and the Qur’an—those who have a relationship with God, His Messenger, and the Qur’an. A believer must heed the following warning of the Messenger of God, peace and blessings be upon him:

“Whoever shames his brother for a sin, he shall not die until he (himself) commits it.”[4] In this respect, one should be fearful, shaking in anguish with the consideration, “I saw such negative things in certain persons, but what if others see such things in me, my spouse, or my children?”

A real believer must be careful with his thoughts about others, no matter who they are. A real believer must act cautiously. As it is known, tayaqquz, which means being ever-vigilant, is the first step of spiritual journeying. A believer must always walk on the path of God with open eyes, channel his thoughts in the positive way as much as possible, and must definitely not commit the sin of false assumption. In addition, the noble Prophet points to positive thinking as a lofty horizon, stating that, “Entertaining good thoughts stem from a person’s good worship.”[5]

Together with positive thinking we should not fail to act cautiously and build barriers against those who take delight in biting others like poisonous snakes and are continually trying to cause harm. However, acting cautiously in this respect should not stop you from praying to God to grant guidance to those who devise various conspiracies against you.

In the face of the mistreatment and oppressions you go through, God has granted you the possibility of a different preference. If you wish, it is possible for you to say, “My God, please vanquish them, shatter their alliances, bring their schemes to nothing, and let them fall into their own traps!” Saying all of these is your right, in accordance with the judgment of the verse, “If you have to respond to any wrong, respond (only) to the measure of the wrong done to you” (an-Nahl 16:126). If somebody is oppressing you, preparing different conspiracies against you, or setting traps against you, it will be your lawful right to make moves to reverse these. Together with that, the verse continues, “but if you endure patiently, it is indeed better for the patient…,” and states that even in terms of personal rights, it is better for you to show patience and not give up gentlemanliness.