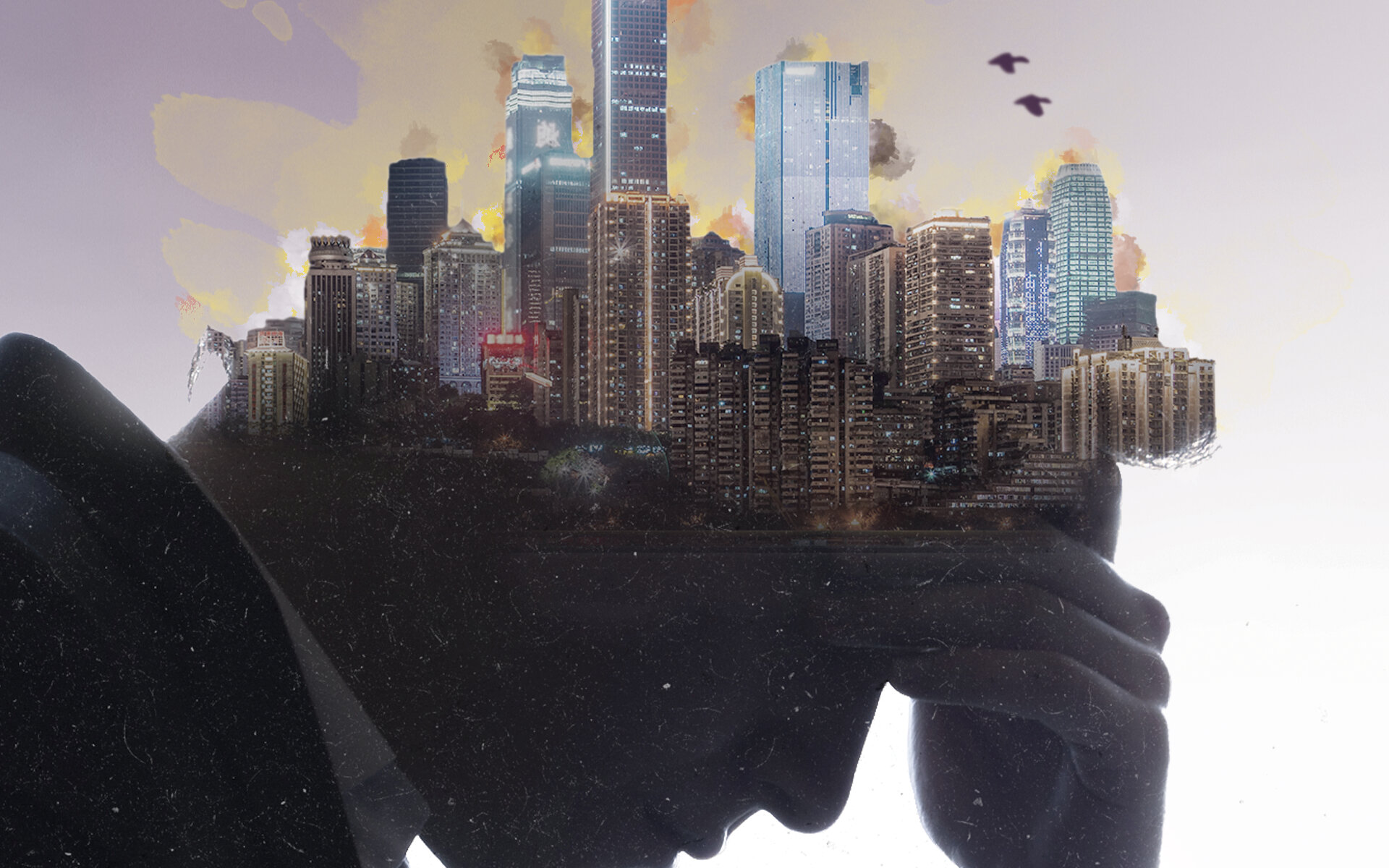 Is it why we cannot attain maximum mental performance?

Let me first clarify what I mean by “mental pollution.” Certain images of different sizes, qualities, and shapes displayed on billboards, shop windows, posters, brochures, magazines, ads, TV, movies, videos, websites – these are mental pollution. Depending on their form and characteristic, they may greatly abuse a person’s mental energy and lead to chaotic and disturbing emotions. The more irrelevant, enticing, or lustful images are, the more detrimental they are to our social and academic life. For example, a small logo of a computer game – perhaps the size of a 5 cent coin – such as the dragon from Mortal Kombat, contains at minimum three kilobytes (3072 characters), which is equal to about 400 English words. Despite the premise that we only use 8-10 percent of our mental capacity, the amount of visual data the human brain is permanently exposed to cannot be underestimated when so many people, especially children, watch TV, play computer games, and surf the internet. Obscene pictures, in particular, are a common form of mental pollution nowadays, and they are some of the most deleterious to the human mind; they drastically increase blood pressure and heart rate and thus weaken the memory. As an example, a study by Brad J. Bushman has apparently revealed that watching violent television programs has adverse effects on one's ability to remember.

Fethullah Gülen, a renowned modern Islamic intellectual, reminds us of the seriousness of the topic, while more people than ever before complain about forgetfulness and memory weakness. According to Gülen, the process of learning now takes longer than in the past, and forgetfulness, like an infection, has become prevalent among all levels of society due to polluted minds teeming with irrelevant information. He also points out that long ago people complained when they were not able to memorize and recite by heart a page after only one reading. In this day and age, people complain about weak memory and confess that they have great difficulty memorizing a short text that they have read more than 20 times. For a keen memory, his message to the present generation is to stay away from useless routines, frivolous conversations, irrelevant knowledge, and sources of obscenity.

Similar to a computer, the untrained human mind whose protection filter is set to a low level is under constant visual attack. Given this, mental pollution acts like a computer virus, a code that replicates by copying itself to another program, document, or e-mail, thereby seriously slowing down memory operations. Also, it can erase data or damage the computer's hard disk, which is analogous to long-term memory in the human brain. Interestingly enough, lab experiments on rats have revealed that these animals simply choose to starve to death when they are tempted by brain reward-stimulus circuits in quests for neuro-orgasms. These rats rarely attain balanced brain chemistry, while the orgasm they experience results in a hangover that lasts for weeks. The same condition is also true for the human mind: the unnecessary over-discharge of hormones triggered by electrifying visual stimuli can lead to long-lasting forgetfulness, fatigue, and serious concentration problems. In such a case, a person cannot make sense of whatever he is studying until the side effects of mental pollution are over.

Foreign language learning also substantially suffers from the harmful effects of copious amounts of mental pollution. The modern methodology and technology to facilitate foreign language learning can be hampered by overwhelming exposure to mental pollution. Although they did not have the contemporary language learning resources and facilities, many early scholars and polyglots managed to learn numerous foreign languages. For instance, Guiseppe Caspar Mezzofanti, an Italian cardinal and famed linguist, is believed to have spoken 38 languages and 50 dialects fluently. Similarly, Sir John Bowring (100), Emil Krebs (68), Ziad Youssef Fazah (56), Ali Ufki (16), Muhammad Hamidullah (22), Pamulaparthi Venkata Narasimha Rao (13), Jose Rizal (22), and Sir Richard Francis Burton (29) were able to speak and read in many languages and dialects, as shown in parentheses, and their success is considerably astonishing when we compare them to present academics who have problems at mastering only one foreign language despite the available modern resources. I believe that these past scholars and polyglots, besides their talent and enthusiasm, did not suffer from widespread mental pollution as we do today. For example, the polyglot Mezzofanti was a prodigy in languages mostly because he spent his life in a monastery and therefore was not subject to any form of mental pollution that could preoccupy his mind and weaken his memory.

I am greatly convinced that an oft-overlooked but very serious barrier – mental pollution – which is very common among people, is a crucial reason for many people’s failure to learn a foreign language, among other subjects. In any discipline (academic or non-academic) where memory involvement is important, it is necessary to be aware of mental pollution. As long as we are unable to control our contact with mental pollution, learning new material will be very difficult and time-consuming, no matter how hard we try, and forgetfulness will continue to be unavoidable.