Parting and Reunion (Fasl and Wasl) 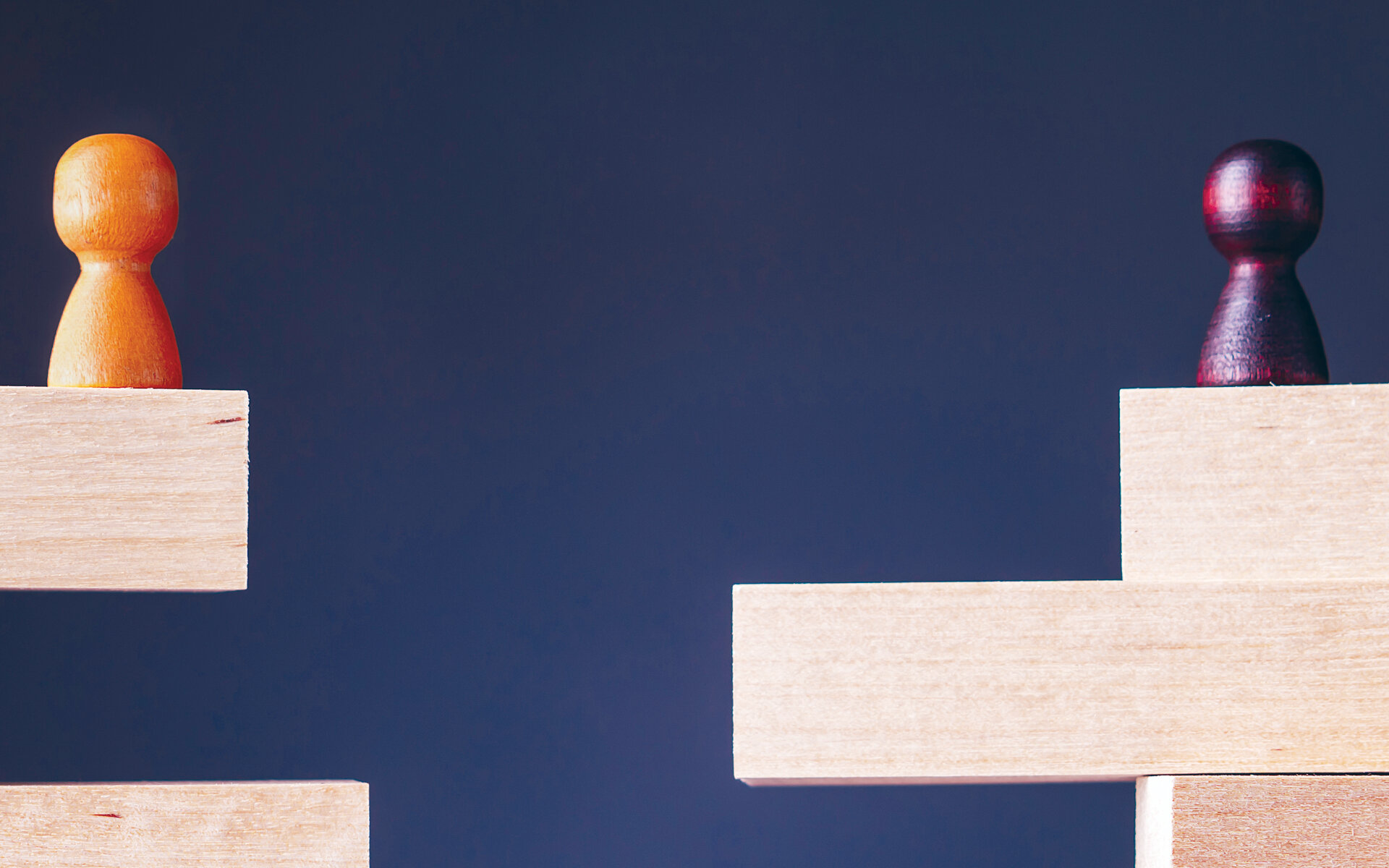 In the language of Sufism, fasl (parting) denotes renunciation of the world and the Hereafter with respect to their own being in themselves, but not to their aspects that indicate the Creator. It also denotes that in order not to become entangled in self-pride and vanity, one must also renounce thinking that one has renounced the world and the Hereafter and indeed renounce the idea of renunciation.

Parting begins with resisting the domination of the carnal soul over one’s life and letting the faculties of true humanity prevail. Parting continues with the heart severing its relations with all else other than the Truly Desired One by mentioning Him and by being occupied by Him in proportion to the heart’s relation with Him. Parting continues by an initiate abandoning all types of love other than love for the Divine Being—loving other things because of Him is another way of loving Him—by being saved from all types of fear and worries by taking refuge in the clime of fear and awe of Him, by turning to Him alone in one’s expectations, by seeing, knowing, and mentioning Him alone, and by annihilating oneself in Him.

So, the first step in parting is to turn to God with deliberate intention and be saved from all worries that concern the world and the Hereafter. The steps that follow are to completely forget that one has turned to God wholeheartedly; for, if one were to remember, vanity might arise, be it ever so faintly. One must also never be heedless of the reality that there is no power and strength save with God. The final step in parting is to be free from all considerations of duality with respect to the true existence and creativity. One becomes annihilated in considerations of Him, and by feeling that will-power and its results are the reflections of the Attributes of the All-Glorified One, one lives immersed in the lights of Unity. People of certain temperaments who have attained this rank tend to confuse what is universal with what is particular, and the original with the shadow. Although they speak about the Unity of Being, what they feel and experience can only be the pleasure that comes from witnessing Him throughout creation.

Wasl (Reunion) has been interpreted as the meeting of an initiate with the Ultimate Truth through knowledge that comes from witnessing Him in His signs. It never means that a servant is united with the Creator or that the Creator becomes one with a servant. The Eternal One cannot be and is not the same as any- one who comes into existence within time and who perishes within it. Nor can one contained in time provide any means for the Eternal One. Since such conceptions as union or reunion can cause some misinterpretations, some exacting scholars emphasize that the True Being does not admit union and parting and such scholars have interpreted the Qur’anic expression (57:4), He is with you wherever you are, as saying that the Divine Being is present everywhere, but without being contained in space and time; that is, that He has nothing to do with matter, place or time. They regard reunion as a feeling that arises in the conscience of a seeker of the Ultimate Truth as a result of the dark veils being removed from the insight, and the eyes of the heart gaining familiarity with the mysteries and lights of Divine company. Such company and nearness to God cannot be reconciled with the concepts of combination (ittisal) in the sense that a created being is combined or unified with the Creator to form a single entity, and separation (infisal), in the sense that any part from the Creator separates and forms a new entity. For seekers are in a continuous process of becoming and driven by the Divine Will and Power even though while they act with their free will within a limited field appointed for them. For this reason, they are recipients, acted upon, affected, like a mirror that reflects, not one that has creativity or is a source. Jalalu’d-Din Rumi says in this respect:

The first degree is reunion accompanied by holding fast (to God), which also has connotations of reliance, asking for help, commitment and seeking refuge. It is connected with ranks of belief and submission and is based on verses, such as: Whoever holds fast to God, he has certainly been guided to a straight path (3:101); Hold fast altogether to God’s rope (3:103); and Hold fast to God (22:78).

Reunion that is accompanied by witnessing God in His signs is the second degree. This denotes the attainment of salvation through action and sincerity, and is independent of such reasoning processes as deduction and induction because one has attained certainty, and one has been saved from wavering on the way by setting one’s heart on the only, true goal. This is related to the rank of perfect goodness or excellence—worshipping God as if one sees Him or aware that God sees us.

Reunion in existence, which is the third degree, is when the lights of an indescribable nearness to God embrace the seekers from all sides. Love is transformed into an intense love or passion, and the passion takes on the form of a brightly burning fire, with the result that the breezes that come from God’s company pervade the soul, and the inner world overpowers the outer one. Those who cannot attain this degree can neither feel nor comprehend it. When the way comes to this point, the travelers find themselves in poverty of thought, and inability of perception, and lacking in words. They can only utter, “There is no power save with Him;” and cannot help but say, “One who does not taste does not know.” They travel in the world of their feelings resembling the Garden of Eden, and if they can find any power to form speech at all, they speak like Mawlana Jalalu’d-Din Rumi:

If you would like to see this meaning become wholly manifest,
come and strike the sword of No! on the head of all else save Him.
After negating the created, affirm the Creator.
If you are able to do that, then you will drown
in the ocean of the manifestation of the Being of the Ultimate Truth.
Then “I” and “we” no longer exist, and one poor in oneself becomes rich and like a king by His help.
When the realm of Unity becomes manifest to you, you will believe in all that we say.
The words of him who has knowledge of God are not based on conjuncture and imitation,
but they are verified and confirmed and are based on certainty.

O God! We ask You for Your forgiveness, health, and approval; and bestow peace and blessings on our master Muhammad, and on his Family and Companions, all of them.

[1] Alif is a short vertical stroke, the form of the first letter of the Arabic alphabet, by which Jalalu’d-Din Rumi implies the “nothingness” of the created.