Holding an object in your hand might seem easy, but it’s actually a very complicated and challenging task; if, for instance, an object starts to slip, you typically have a couple of milliseconds to react. Scientists have been trying new approaches for improved control of robotic hands, particularly for use by amputees. A recent technology was able to combine individual finger control and automation for improved grasping and manipulation by successfully merging the fields of neuroengineering and robotics. This interdisciplinary approach was tested on three amputees and seven non-amputee subjects. The neuroengineers achieved the intended finger movement from muscular activity on the amputee's stump, allowing for individual finger control of a prosthetic hand, which had never been done before. The robotics team enabled the robotic hand to take hold of objects and maintain contact with them for robust grasping. The amputee first performed a series of hand movements in order to train the algorithm through a machine learning paradigm. This taught the algorithm to decode user intention and translate it into finger movements of the prosthetic hand. Concurrently, sensors placed on the amputee's stump detected muscular activity, which trained the algorithm to learn which hand movements corresponded to which patterns of muscular activity. Once the user's intended finger movements were acquired, this information could then be used to control individual fingers on the prosthetic hand. When the user tried to grasp an object, the robotic automation initiated. The algorithm told the prosthetic hand to close its fingers when an object was in contact with sensors on the hand’s surface. This automatic grasping was designed to infer the shape of objects and grasp them based on tactile information alone, without any help of visual signals. The robotic hand has the ability to react within 400 milliseconds, and it is equipped with pressure sensors all along the fingers: it can react and stabilize the object before the brain can actually perceive that the object is slipping. While this promising technology can be used in in several neuro-prosthetic applications such as bionic hand prostheses and brain-to-machine interfaces, there are still many challenges remaining to implement this technology in a commercially available prosthetic hand for amputees. It is currently being tested and improved. 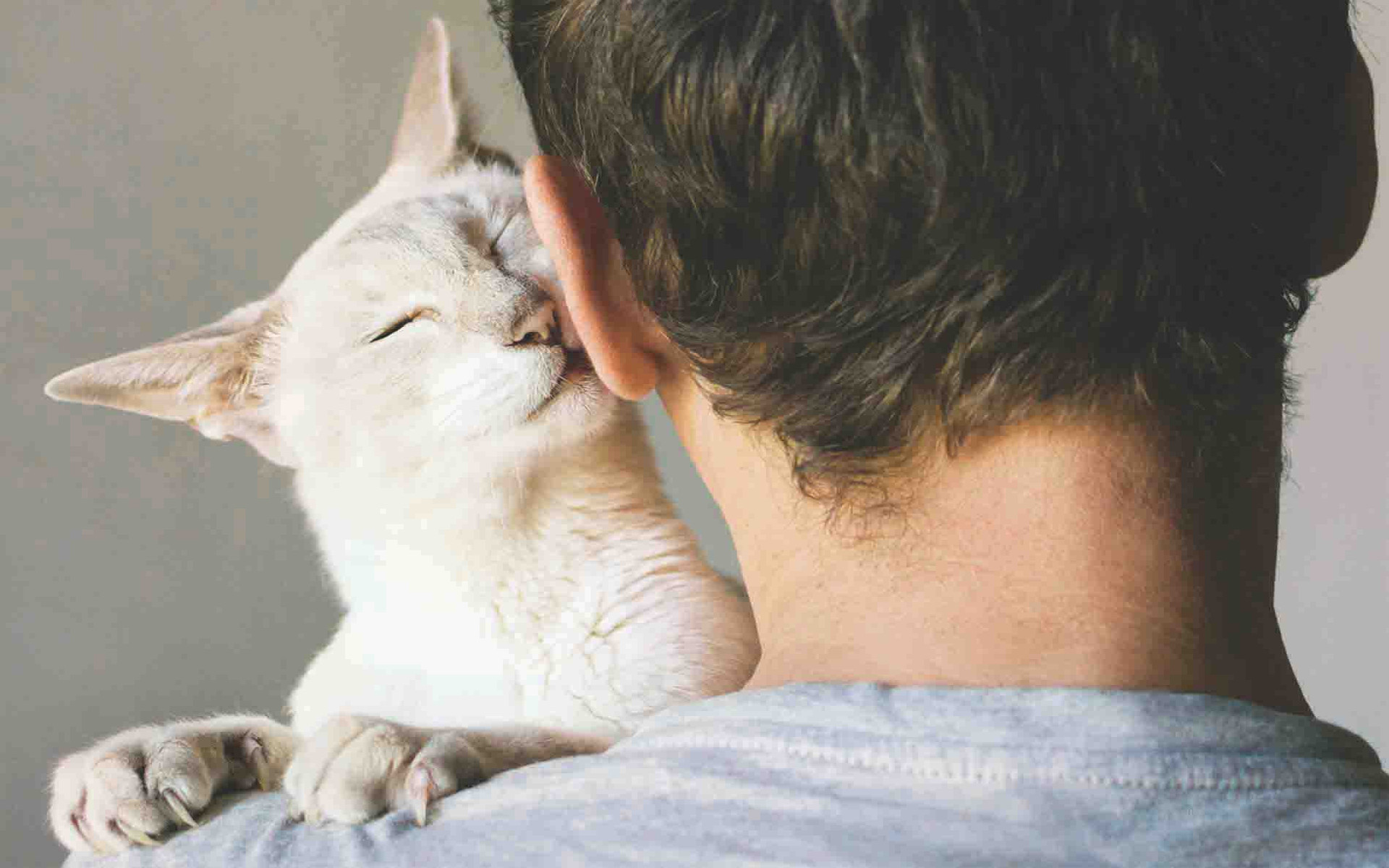 Cats securely bond with people, too

Dogs have long been regarded as man’s best friend. They’re sociable, faithful, and obedient. Cats, on the other hand, are often described as more aloof, mysterious, and independent. But a new study suggests that cats actually bond with their owners in similar ways to how humans and dogs bond with companions. The most established way to study human attachment behavior is to observe an infant's response to a reunion with their caregiver following a brief absence in a novel environment. When a caregiver returns, secure infants quickly return to relaxed exploration while insecure individuals engage in excessive clinging or avoidance behavior. These tests had been previously run with humans, primates, and dogs; researchers decided to run the same test with cats. 79 kittens and 38 adult cats and their caregivers were recruited. During the test, an adult cat or kitten spent two minutes in a novel room with their caregiver followed by two minutes alone. Then, they had a two-minute reunion. The cats' responses to seeing their owners again were classified into attachment styles. The results show that cats bond in a way that's surprisingly similar to infants. In humans, 65% of infants are securely attached to their caregiver and domestic cats and kittens mirrored this, as about 65% of them securely bonded to their people. After the first round of tests, the researchers enrolled half the kittens used in the study in a training and socialization course. The other half served as a control group. Researchers then found the same results, suggesting the training did not have an effect on kittens’ attachment behavior toward their owners. This indicates that once a cat forms a bond, it seems to remain stable over time. This social flexibility may have helped facilitate the success of the species in human homes. It is still not clear what the factors are that shape the caretaker relationship, but it’s likely a miraculous complex mix of genetics, personality, and experience. 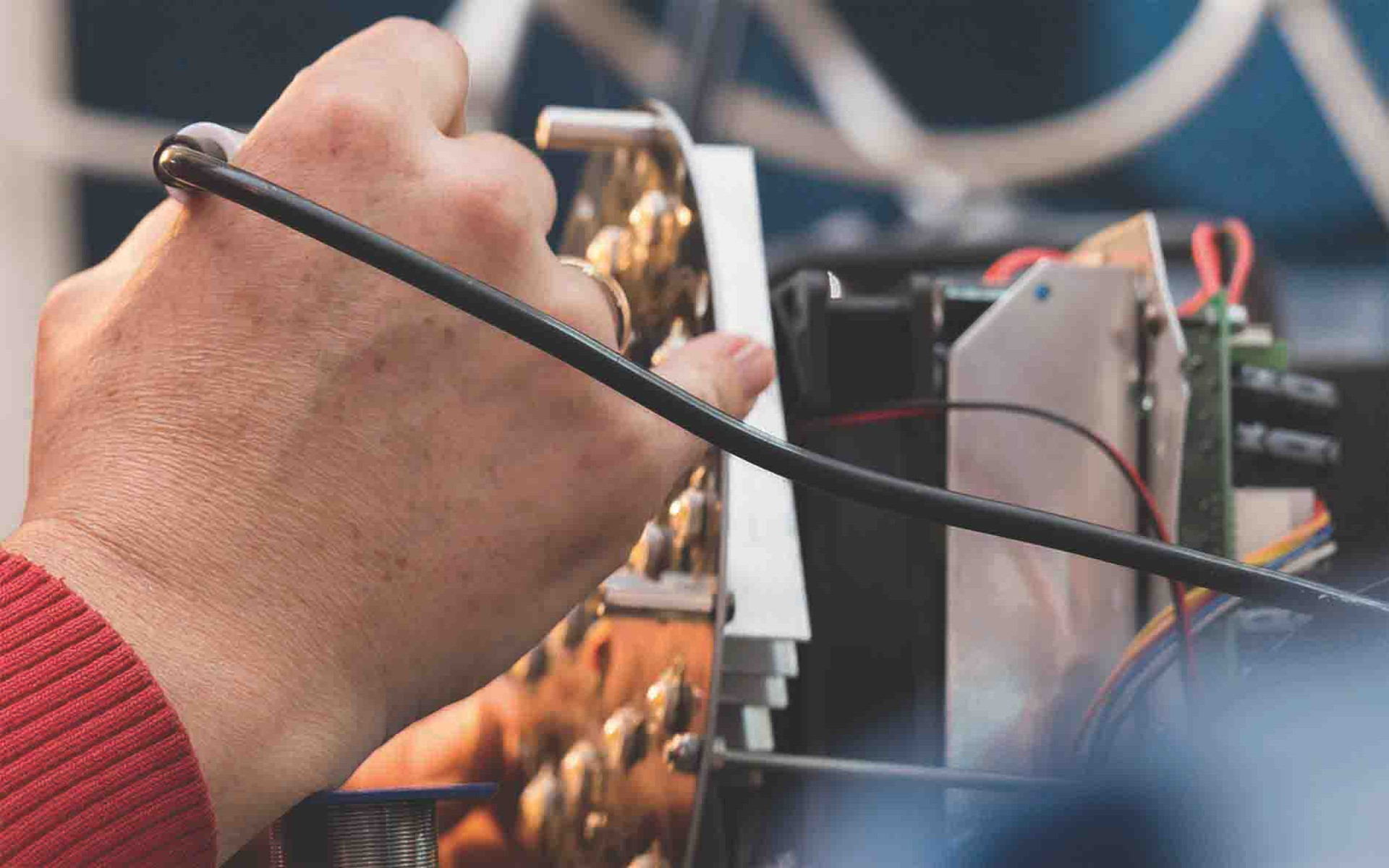 An efficient and green way to convert heat into electricity

A recent discovery could help scientists to develop more efficient ways to generate electricity from heat that would have been otherwise wasted, such as heat coming from car exhaust, industrial processes, and interplanetary space probes. In principle, magnetic fields can be used to generate electricity. If we move a magnet through a coil or wire, the magnet pushes and pulls electrons that create an electrical current. Magnets themselves don’t have energy, but they can control energy currents through the created magnetic field. The main problem with magnets is that when a magnet is heated up, it loses most of its magnetic properties and becomes a so-called paramagnet. Until this discovery, scientists believed that paramagnets couldn’t be used for generating electricity. In the new study, researchers found a way of designing thermoelectric semiconductors that can convert heat to electricity. The tiny particles in paramagnets, so called paramagnons, ended up producing enough spin to push an electron, for only a billionth of a millionth of a second – apparently long enough to make paramagnets viable energy-harvesters. This breakthrough in the conventional understanding of magnetic properties could lead to more research into how magnets and energy interact to potentially facilitate electricity production from heat that is otherwise wasted and oftentimes harmful to the environment.