Mother’s Milk: An Essential Gold Standard for Our Babies 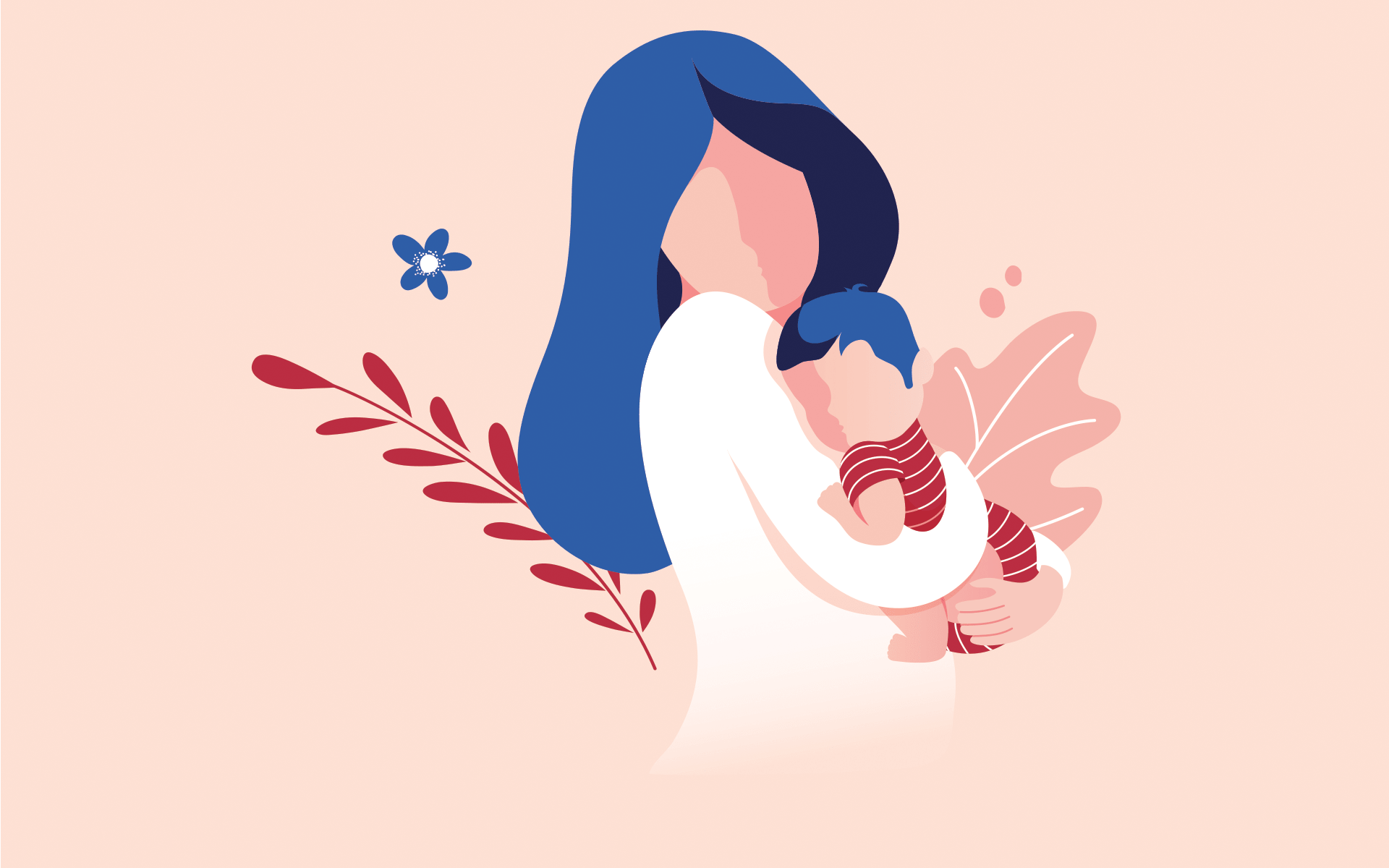 To this day, natural breast milk is still regarded as the best nutritional choice for babies. Recent research on stem cells, genetics, and epigenetics [1] from the last three decades, along with information obtained from studies about childhood and youth and testimonials from organizations that guide health policies worldwide, all support this claim. Modern medicine agrees that breastfeeding is the healthiest, most inexpensive, highest quality, and most appropriate choice for protecting both a mother and baby’s health [2]. The World Health Organization holds breastfeeding as an essential gold standard for the immunological development of a child, starting from the first six months to two years of age [3].

Breastfeeding has many benefits. It strengthens the emotional bond between the mother and her baby. It helps ensure that the baby grows in a healthy manner, by establishing its first feeling of trust; positively effects the baby’s intelligence level; and helps bolster the baby’s immune system.

One of the most studied issues in recent studies is the effect of breast milk on respiratory diseases such as asthma. The effects of breastfeeding on asthma, allergic diseases, and respiratory infections has been a topic of concern for the medical world for at least the last 80 years. Recent studies agree that breast milk has a preventive role against lower respiratory tract infections in infancy (0–2 years). However, there are some complications in these studies. Given the challenges in patient standardization, only food-allergy studies can be standardized. Due to the complexity of the environmental and genetic factors that trigger allergies, it should be considered normal that the effect of breast milk has not yet been fully established to protect against a wide range of allergic diseases, particularly asthma [4].

Asthma is the most common chronic disease in childhood and has a complex structure. It has been on the rise lately, and scientists are scrambling to figure out what is causing this increase as well as the best ways to combat the disease. Asthma can be caused by a wide variety of sources, such as genetics, smoking, microscopic ticks and mites in house dust, allergenics such as grass or pollen, obesity, urban life, air pollution, synthetic nutrition, and imbalance in intestinal flora [5]. In addition, premature birth, low birth weight, a young mother, and early exposure to respiratory infections are factors that increase the risk of asthma [6]. Consequently, it is difficult to independently measure the effect of a single determinant in asthma. In a significant study on 3,963 children in the Netherlands, children were breastfed for at least four months and then followed for up to eight years after birth. The outcomes of the study revealed that breast milk significantly reduced the risk of asthma, independent of other variables. It has been observed that the rate of chronic asthma development decreases as the breastfeeding duration increases [7].

Today, breast milk’s benefits have been proven in protecting babies from respiratory infections both early on and later in life. Breastfeeding provides an emergency line of defense against infectious diseases by helping infants whose immune systems are not yet developed enough to fight infections.

Breastfeeding facilitates a beneficial germ exchange between mothers and babies and helps to develop a strong immune system. Enzymes, hormones, bioactive molecules, and growth factors in breast milk are all extremely vital for babies. These crucial molecules help develop the baby’s immune system by interacting with the proximate elements. Thanks to numerous features in its ingredients, breast milk has a significant role in supporting the baby’s immune system with the development of appropriate microorganisms in the intestine. The strength of the microbial structure in the baby’s intestine depends on the way of delivery, diet, and the variety of foods consumed by the mother. This healthy structure in the intestines is essential for the development of the immune system and for building an increased tolerance to new foods that will be taken orally. In infancy, beneficial microbiota in the intestines starts to develop healthily by breastfeeding in the first four to six months.

A comparative study between the intestinal flora of infants fed with breast milk and formula milk showed that the diversity and density of the desired microorganisms increased in a shorter time and in sufficient amount in the breastfed infants. Today, increased hygiene standards have changed the intestinal flora of infants, especially in Western societies. This, however, has increased the risk of diseases such as asthma [8].

Cytokines (a group of proteins and peptides that allow cells to communicate with each other) in breast milk also serve the development and smooth functioning of the immune system and play an important role in protecting the baby against bacterial infections, wheezing, and allergies. Human milk, especially “first milk,” was found to contain more than 20 cytokines [9]. First milk arrives in the first few hours after birth as a miraculous gift to babies when they are most vulnerable to illnesses and helps to protect against diseases. Ig A antibodies in the first milk also protect against infectious diseases that are commonly experienced in early life, besides obesity, diabetes, and allergic diseases that may come later [10].

Infants fed with ready-made foods have lower amounts and types of bacteria in their intestines than those fed with breast milk, which can consequently increase the risk of eczema and asthma. The issue of delaying foods with high allergy potential, especially when switching to supplementary foods, is still being debated. Some researchers suggest that complementary foods should not be introduced to infants up to 12 months. However, the common opinion is that positive intestinal bacteria that develops with sustained breastfeeding can reduce the risk of allergies to additional foods. Another consensus is that the transition to supplementary foods should not be earlier than six months [11].

As breast milk is the most important food for newborns, mothers should diligently endeavor to complete the suggested period of breastfeeding. Breastfeeding, if continued until the age of two and especially in the first six months, is accepted by international pediatric authorities as the cornerstone of nutrition.

We are physically and emotionally affected by what we eat or drink. Based on this assumption, it can be argued that breastfeeding might also have an influence on the character formation of babies [12]. Although it has been determined that intelligence and brain development are influenced by the emergence or inhibition of some genetic characters in the baby by epigenetic means, no research based on long-term observations has been conducted. In any case, it would be wise for parents to provide the best food both for themselves and their babies. Inasmuch as they make sure the food is hygienic and natural, they should also be cautious that it is obtained through legitimate means. If, for any reason, the mother's milk is not enough or is suspended, a milk-mother with necessary qualities may be contracted.

Breastfeeding for two years is prescribed in the Qur’an: “Mothers are to suckle their children for two complete years” (2:233). “We have enjoined on human in respect with his parents: his mother bore him in strain upon strain, and his weaning was in two years” (31:14). Likewise, the Prophet Muhammad, peace be upon him, speaking about his son Ibrahim, who died before he could turn two, said, “He has a milk-mother in Paradise, she will suckle him for his remaining milk, (will complete the term of two years).” (Muslim, Fadail, 63, 2316)