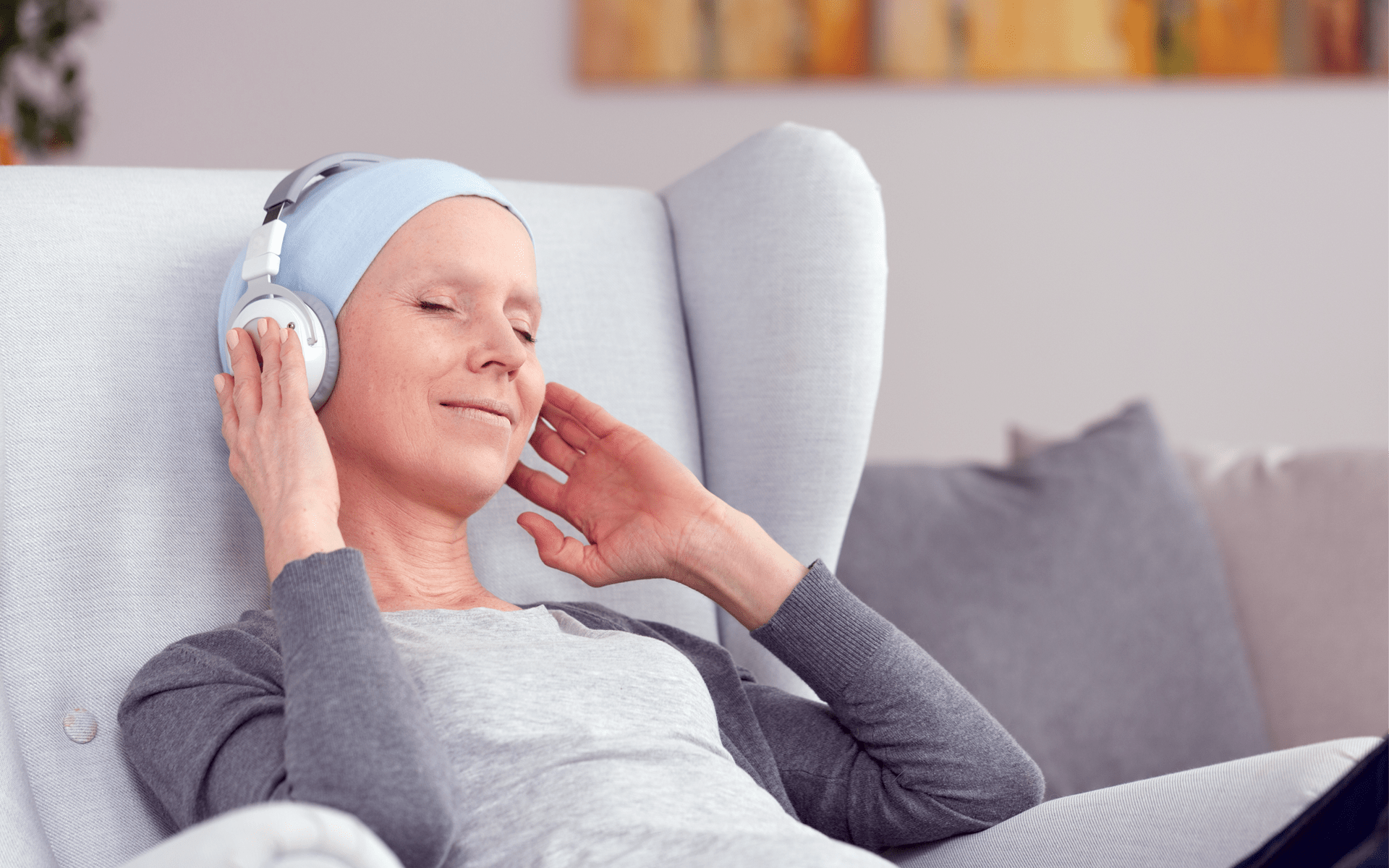 The worst thing about cancer they don’t tell you?

The aftermath. The shock waves.

It’s surviving the quick earthquake, only to find yourself dodging falling objects and electrical lines for the next few days.

What they failed to mention was that fighting cancer was the easy part.

The real battle was learning to live again.

I got the news of my cancer diagnosis as a young mother, and after we had moved to a new city with no close friends or family. The kids were 3, 6, 11, and 13. Summer break had just begun, and to make things worse, I could not drive. We were in the wilderness and were fighting for our lives.

We went into “survival mode,” literally and figuratively, and assigned each older child to a smaller child with the plan and knowledge that we could survive if each of the “bigs” both did a load of laundry and dishes a day. At one point, I had a goal to drop off the kids at school, so I could get three uninterrupted hours of sleep after my chemo treatment. I had finally dropped off the children at their three different schools, and my head had barely hit the pillow, when I received a phone call from the school.

“Mrs. Estes? You need to come pick up your children. They all have lice!”

Trials, temptations, disease, and now pestilence were hitting our household simultaneously. I remember thinking, “At least I can’t get it since my hair is gone,” and then laughed at the absurdity that we were so low that my “silver lining statement” included the phrase “Praise the Lord I’m bald.”

But that was not the hardest part. Not by a long shot.

The hardest part was after the storm, when the casseroles stopped coming and prayers had grown weary. The hardest part of fighting a deadly battle comes afterwards when the dust has settled and the gunsmoke has cleared and you find yourself standing in total rubble and destruction.

I shouldn’t say total. We had our health and were still married. Most do not escape with that, I learned. But we both were battered and bloodied. I had a visual representation come to mind of an old battleship slowly pulling into port – disfigured and worn, riddled with bullet holes and laden with shrapnel. We were afloat, but barely.

I awoke from my six-month drunken chemo state to find my life in ruins. While the “bigs” had done a wonderful job helping with the “littles,” there were still unmet needs and unspoken questions that the youngest mind’s lips couldn’t form, which resulted in one regressing into wetting his pants again in first grade and the other becoming a hair’s breath away from becoming non-verbal, screaming “Aaaaaa!” fifty times a day. All of this in addition to the “regular” stresses of having four children about to enter high school, middle school, kindergarten and first grade – and not to mention the emotional withdrawal that naturally comes in a marriage during crisis times and having a son with extreme learning disabilities.

At one point, I was finally able to lift my leg again, and I was able to climb the stairs to our second story – after a year. When I entered the playroom, the scene rivaled the ruins of a never-ending frat party, with beer bottles exchanged for sippy cups and ankle-deep trash covering the floor. It was a sign of what the kids had silently felt during our ordeal, and it served as a visual symbol of my life: ruined and messy.

In World War II, my grandfather was part of the company that liberated prisoner of war camps. At one point, he asked one of the prisoners what the difference was between those that made it out and those that did not.

“The ones that made it found something to look forward to – they had a goal,” he replied.

I took that advice and decided that when all the chemo and radiation was over, I would celebrate with the other cancer fighters I’d met while walking through the fire.

None of them made it. It was heartbreaking.

I “made do” by celebrating with all the friends and family who had prayed and supported us through the journey, but the weight was still felt. In addition to feeling thankful, I also shouldered the burden of false guilt from having survived when my other comrades had fought just as hard, sometimes harder. Soldier syndrome had come home to roost.

So, what do you do when you get through the war only to (symbolically) return to your home to find the farm overrun with thorns and that your wife has run off?

You start from scratch. And you begin with baby steps.

God was gracious, providing me with advice from an “older brother” in the church just when I needed it. He himself had come out of a near death, eight-day coma experience. He emerged paralyzed on one side, but no one would ever guess it today. The first thing he advised when I called him in tears was, “small goals, baby steps, little sister!”

When coming through tragedy, we want our life to be like it was “before,” but the “after” contains components the “before” never had. It is an “apples to oranges” comparison and is unfair to expect them to be the same. Life “after cancer” contains side effects such as “less energy” and “Chemo Brain” that affect what and how much can be done for a while. Just as I couldn’t expect to instantly run three miles again, nor should I have expected to jump instantly back into life, either. The girl who used to pay all the bills, pop dinner into the oven, and get all four kids ready for school before breakfast was now merely able to pay the bills by the end of the day. But that was okay, because that was enough.

Second piece of advice: good enough is good enough. Lower your expectations. Gone were the days of thinking “everything has a place, and everything should be in its place.” Life was still, even now, about survival. Gone were the days of a pristine home ready for entertainment at a moment’s notice; the day of “push aside the mess and have a seat” had come. And that is okay. Because, again, you are now living in a different reality. The good news? There is no fairy that is going to come grade you on how tidy or organized your home is. Your home is there to serve you, not the other way around. Feel free to live as such.

In addition, it is imperative to “accept the new reality” and “don’t look back.” At one point in the recovery process, I placed blinder goggles and a bottle of salt beside my bed to remind myself, “Don’t look back, lest you turn to a pillar of salt!” (like Lot’s wife). I was amazed at how many Bible verses there actually were with the theme of “pressing on” and “not looking back.” The message was clear: the past is the past, and the present is the present. Make sure to live in the right one. Thinking back to how things used to be and trying to make your world look now like it did back then is a guaranteed, instant trip to Insanity Land. Accept that now will not look like then, nor is it supposed to. Celebrate every “new” baby step and make recovery a big ol’ party!

One of the hardest pieces of advice to follow is: try to humble yourself. As a natural giver, this concept was the most difficult for me until a friend helped me realize that life is not all about me, and if I do not ask for help, then I am literally robbing givers of the chance to use their spiritual gift to give. Ecclesiastes makes it clear that life is divided into seasons, and this is perhaps your season to be a receiver. Accept it as you would a blessing for it will bless others as they minister to you.

A final word of advice on the journey of learning to live again: have a creative outlet and take time to feed your soul. Anything from songwriting, to painting, to simply coloring will help balm your weary mind as you learn to do things anew again. For me, I finally completed my novel, began songwriting, and never missed a sunset at our local park for three months straight. Learning to live again is like learning to walk again – hard and tiring. You must make the time to restore and renew your mind, spirit, and soul.

Of course, this all goes with the understanding that we are constantly praying and praising God for every single blessing He brings our way. It can be big things, like climbing stairs again – or small things, like hearing the song of a robin or seeing a butterfly. Whatever the size of the blessing that comes your way that day, praise God for it! And remember: like the butterfly in the cocoon, this season, too, is temporary and will pass.