Cryptochrome: The Compass of Animals 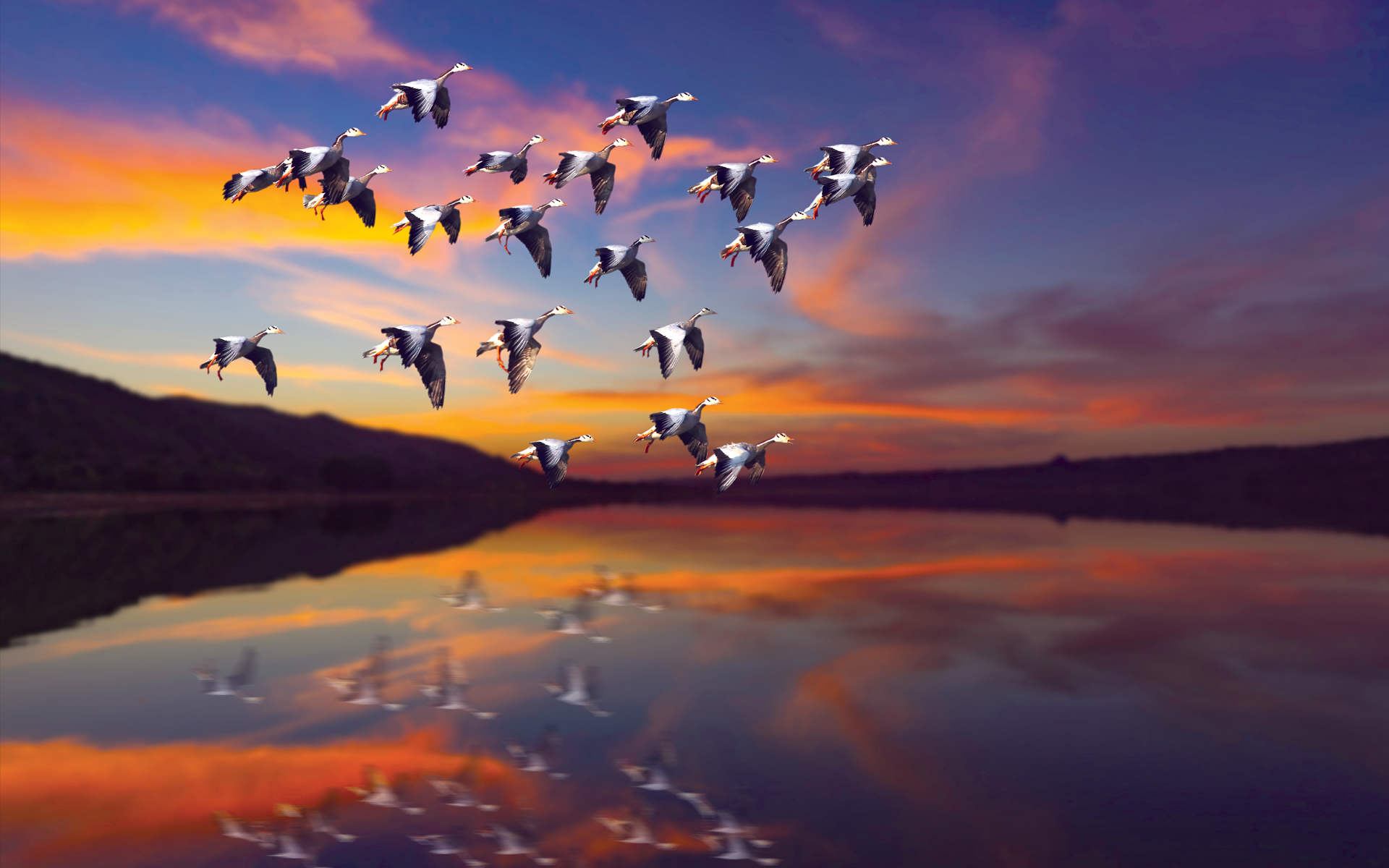 Animals such as butterflies, turtles, and birds are given the ability to perceive the Earth’s magnetic field and navigate themselves accordingly. Migratory species also benefit from the sun, stars, and even scents in nature as they from one place to another.

Modern studies have focused on how animals perceive the Earth’s magnetic field and act accordingly. We need to look closer at the Earth’s “magnetic polar points” to understand how magnetic fields work exactly.

It is important not to confuse geographic and magnetic poles. There is a layer called the “inner core” in the center of our Earth where all substances are in a fluid state, similar to those seen in volcanic eruptions. Volatile and molten elements such as nickel and iron form a magnetic electric field above the Earth. This is also the force that is responsible for causing our compasses to point north. At the center, the Earth’s magnetic field changes due to these fluid substances. That is, our compass does not always show the “true north,” i.e. the exact geographical north.

As of the last decade, the Earth’s magnetic pole has kept moving at a rate of about 55 km per year. The magnetic north pole, found in Canada in 1831, has now shifted 2300 km and approached Siberia. Scientists say that about 780 thousand years ago, today's southern and northern magnetic poles were exactly the opposite. Although the magnetic poles shift, the Earth’s magnetic field continues to function properly. This is imperative for protecting all life on Earth, as a balanced magnetic field protects our planet from the magnetic effects of solar flares and solar winds.

A new magnetic map of our planet is released every five years due to the fact that our magnetic poles are constantly shifting. This does not affect most people on a daily basis, however it does present a challenge for people and vehicles that rely on a compass. Due to the shift, a difference called “magnetic declination angle” occurs between the magnetic north pole and the geographic north pole. This angle varies according to the location. For example, in Canada the magnetic deflection angle is 13 degrees whereas in Brazil it is 20 degrees. In order to determine their exact location, military and civilian aircraft and ships manually or automatically calculate their location based on the angle of deviation and navigate accordingly. Even if we are not aware, our mobile phones are automatically updated according to this calibration. In physics, the formula known as Lenz’s Law, or a tool called a gaussmeter, can be used to calculate the Earth’s magnetic field.

This complex and intricate system affects most animal life on Earth, including birds, insects, and fruit flies. So, if these magnetic poles keep changing how do animals find their way? Most creatures utilize cryptochromes, a type of flavoprotein that affects their body clock.

Cryptochrome (CRY) [1] is found to play a leading role in this regard. Cryptochrome-2, one of the two cryptochrome photoreceptors, has been proven to be instrumental in regulating the daily life rhythm of beings by fine-tuning their body clocks and assisting certain animals such as migratory birds, king butterflies, and fruit flies to navigate their migratory paths accurately.

Years of research conducted by Steven Reppert and his team at the University of Massachusett’s School of Medicine on fruit flies and butterflies revealed the function of cryptochrome-2.

According to the research published in Nature magazine in 2009 [2], Dr. Reppert and his team found that flies could not adjust themselves to a new magnetic field without any form of cryptochrome, but that they could regain their sensitivity to a magnetic field only after cryptochrome-2 production.

During the study, the genetic structure of fruit flies was examined and it was ensured that they produced cryptochrome-2.

Speaking to the BBC, Dr. Reppert emphasized that they developed a system to understand how the perception of the magnetic field works in fruit flies. They sought the answer to the question, if cryptochrome-2 was to be transferred from animals to flies, can these proteins act like magnetic sensors in other forms? They have found out that human beings were the most effective option among all vertebrates to yield cryptochrome for this purpose. Their experiment with butterflies yielded the same results. They observed that flies without cryptochromes did not show any signs of magnetic field detection only until their genetic structure was intervened to produce a human version of the molecule.

Of course, birds could not know these exact calculations that many people do not even know. Pathfinding skills are “programmed” into birds before they are born so that even if the magnetic field shifts this wonderful mechanism in animals always delivers them to the right location. 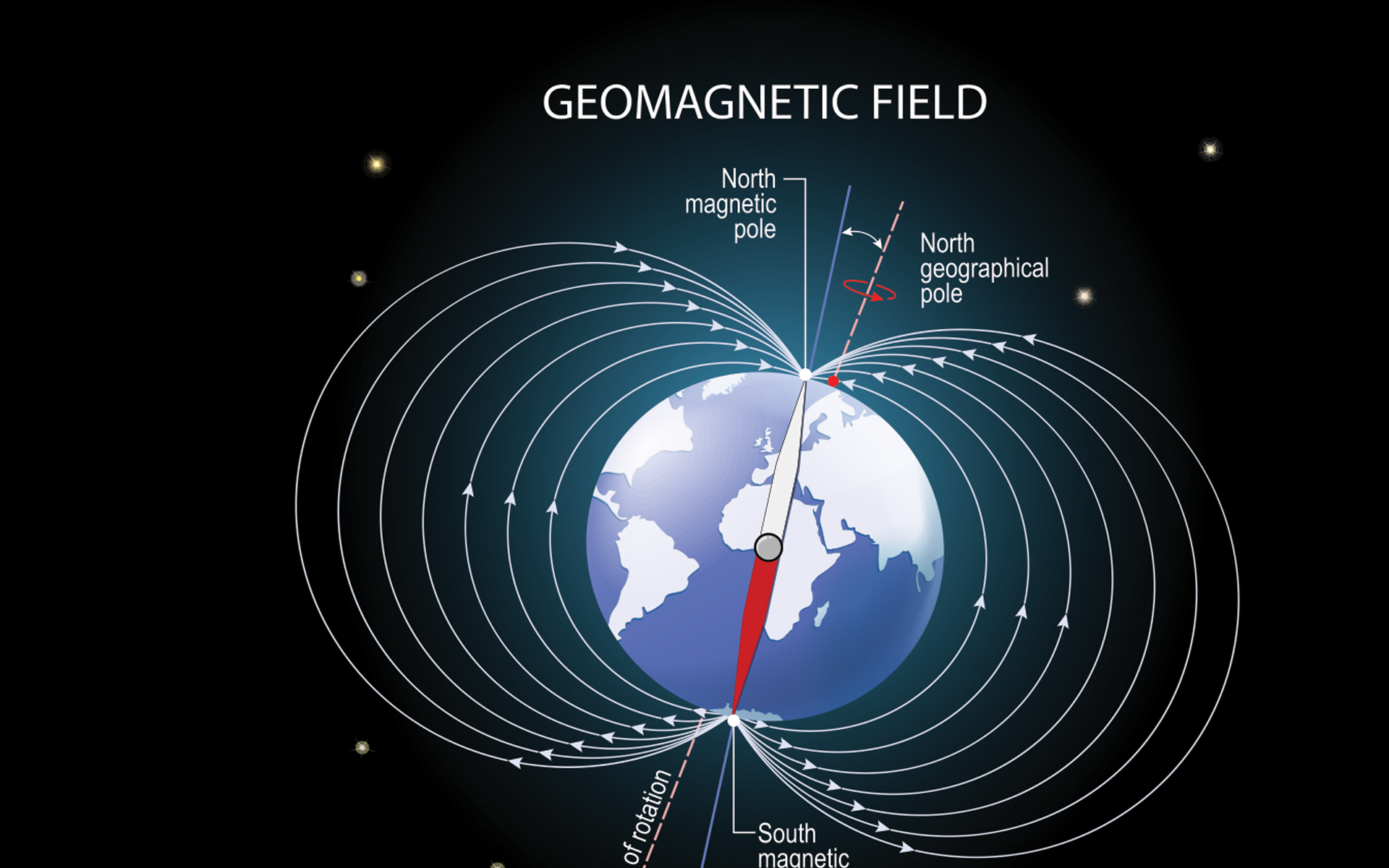 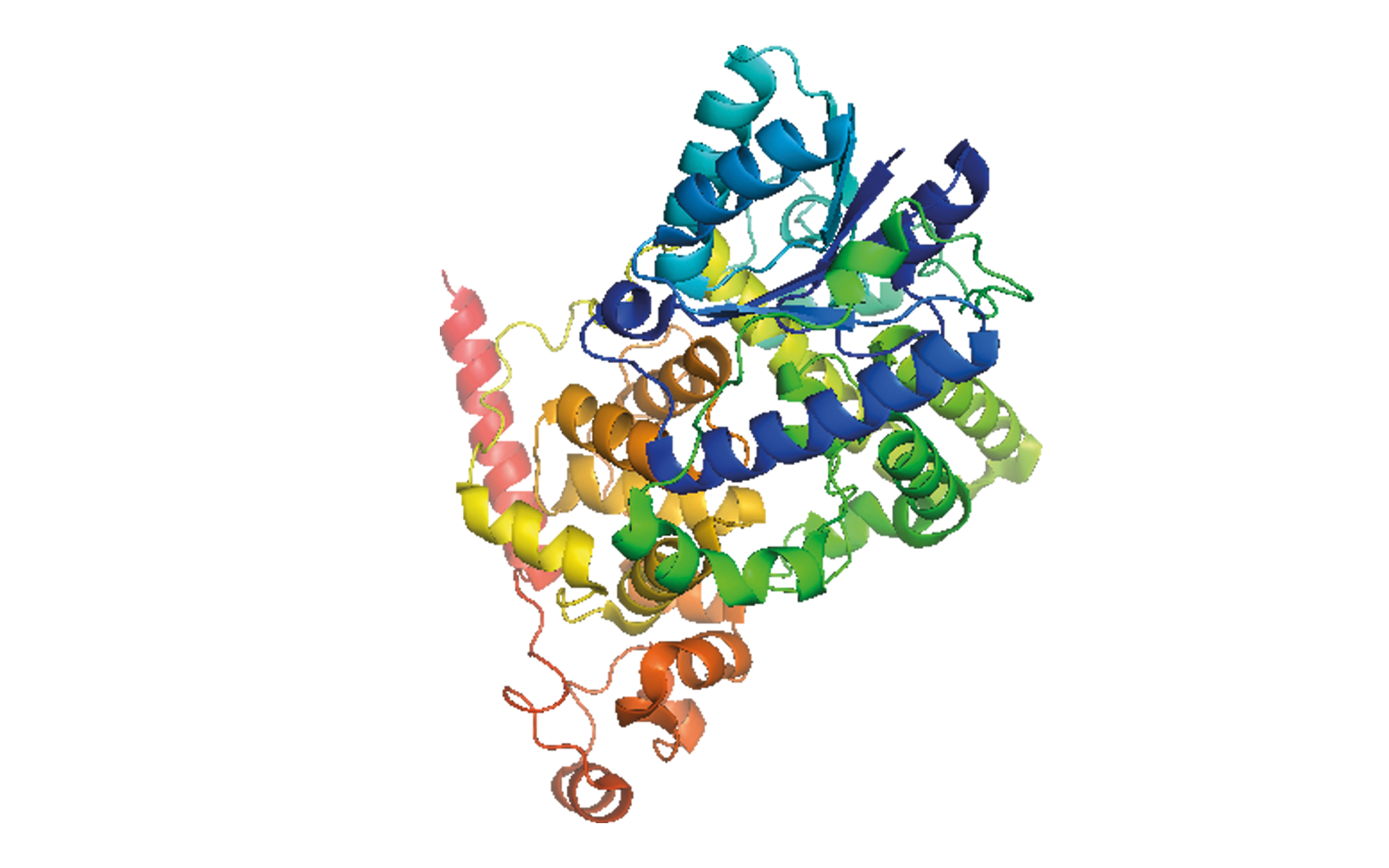 As soon as they hatch on the east coast of Florida, the loggerhead sea turtles, Caretta Carettas, swim into Sargasso Sea, migrate into the North Atlantic Circle, and then subsequently into the Atlantic Ocean. The turtles first swim to the northeast towards Europe, then to the south, and return to North America after spending 5-10 years in this hot and nutrient-rich migratory loop.

Dr. Kenneth Lohmann and his team at the University of North Carolina wanted to observe whether loggerhead sea turtles used regional magnetic fields to find their migration paths. They set up a mechanism in a large water tank that was installed with coils in order to form multiple magnetic fields. 79 newly hatched turtles were then clad in cloth vests with wires connected to a computerized monitoring system and left in the same tank. Juvenile turtles were subjected to magnetic fields equivalent to those that exist at critical points of the North Atlantic Cycle, such as in the north of Florida, off the coast of Portugal, and at the southern end of the cycle. As a result, it was observed that in every magnetic field simulated in the experiment, the turtles begin to swim in the opposite direction. For instance, when the magnetic field in the northeastern part of the loop was applied, the animals headed south. In a real ocean setting, this direction keeps them on the right track and prevents them from entering icy waters and dying of hypothermia.

How do animals do it?

There are several research works documenting that not only birds, but also bats, ants, foxes, deer, and even cows feel magnetic fields.

Animals generally migrate to find more suitable reproductive, feeding and living areas for themselves. It is amazing how they know which way to go as soon as they are born. How do they decide that a place they’ve never been to is most suitable for them? How did they learn those navigational skills?

It is amazing to observe this intricate and interlinked system between the Sun, the Earth, and all the living things in it: while the rays of the Sun are needed for life, the harmful ones among them need to be shielded away from the Earth with a magnetic field, a field which is detected by a protein in animals so they can travel to places to continue their lives.

Cryptochrome proteins are also present in the human body [3]. Cryptochrome-2 is especially functional and is linked more to adjusting biological rhythm rather than perceiving the Earth’s magnetic field.

Dr. Aziz Sancar, Chemistry professor and Nobel Prize winner, observed in his experiments of circadian clocks [4] that the cryptochrome pigment located in the eye, skin, and part of the brain regulated the circadian rhythm of mammals.

Currently, many theories are proposed and experiments are conducted on discovering the extent that human beings can perceive the Earth’s magnetic field.

Meanwhile, the wisdom behind the constant shift in the Earth’s magnetic pole awaits to be revealed.