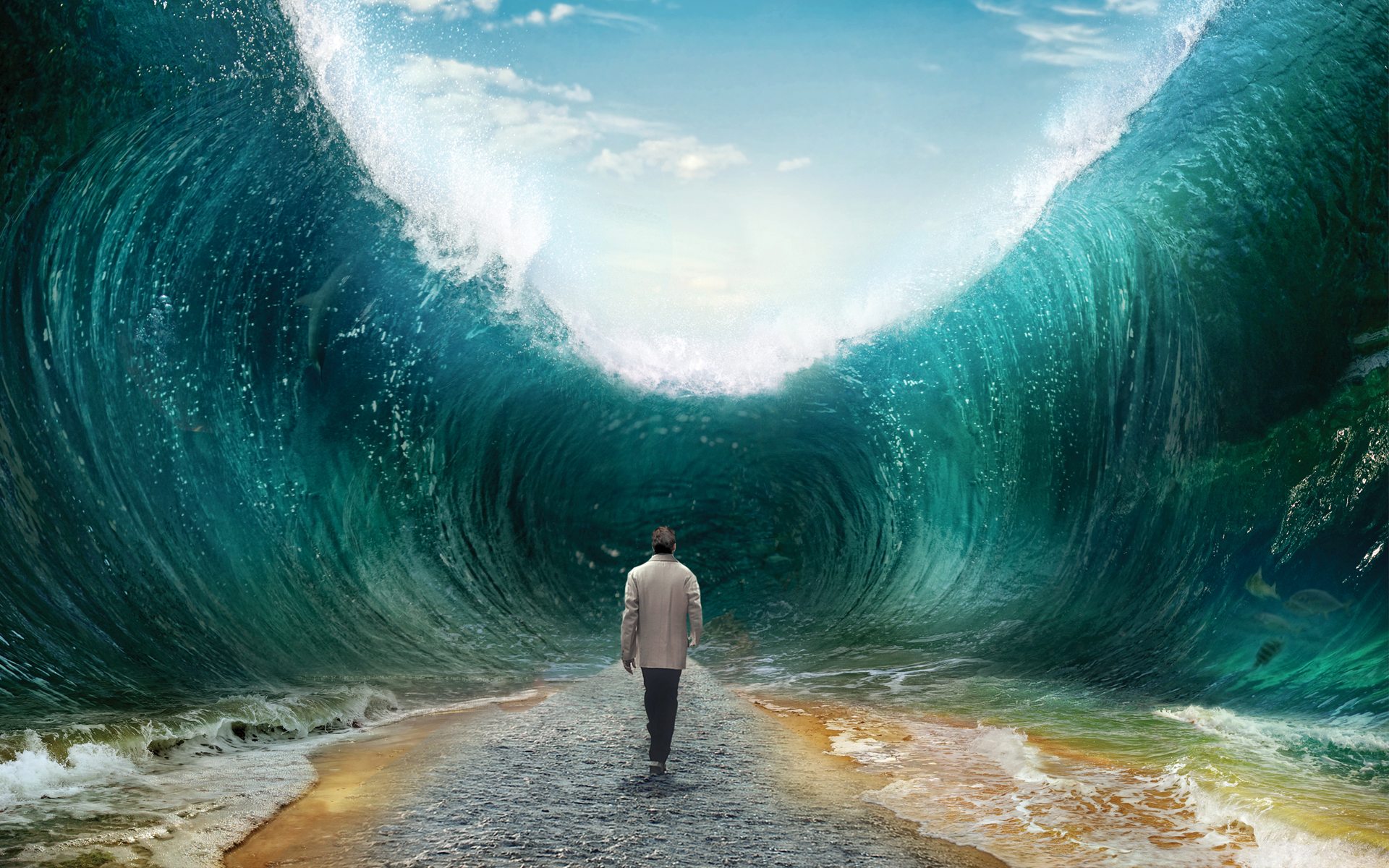 So much so a source of blessings was the Prophet Muhammad, according to the Islamic tradition, that he always had followers who embodied the same spirit and devotion. Those who had the opportunity to be close to the Prophet and witness his person with their eyes and hearts lived in a constant state of rapture with this delight. They walked in his footsteps with the excitement of being imbued with that state, and they always made sure this path that led to him was filled with travelers. Hundreds of thousands have taken wing towards him, their eyes always eagerly fixed on this first “Circle” around the Prophet, and their hearts willing to behold what lies beyond. Watchful for the furthest horizons, they have taught the manners of this journey to those who staggered on their way.

For those who are on this path, faith in God (iman) is a lively source of excitement in hearts. Knowledge (marifa) and love of God (muhabba) are as a sparkling torch in feelings and thoughts. Their eagerness to meet the real owner of everything sheds light on their way as a projector that brightens up the roads extending to eternity. They have walked without falter to the beyond with eagerness for reunion with God (liqa‘ullah), which is a never-fading source of energy in feelings and thoughts; their hearts always beating with the excitement of beholding the very horizons of those in the Circle. They ran in the direction of this Circle without fatigue, but with an insightful perspective of what they saw, with a resolution for journeying in the realms beyond the horizons by means of their mechanism of conscience, their hearts permeated with the awe of this state and the entirety of their physical and spiritual anatomy in full resonance.

Their faith and spiritual knowledge are of the deepest kind. They are thoroughly equipped in both material and spiritual senses, and they entirely leave behind worldliness and materialism. They disregard dirty urges of the carnal soul and its temptations. Though they soar in heavenly realms, their hearts still keep quivering in fear. They keep groaning as if they were the sinful ones in this world. They question themselves with the deepest concerns day and night, and they always have considerations as expressed in:

If the All-Merciful One weighs my sins as they are,
I fear the scales on the Day of Judgment will break.

They keep sighing night and day out of fear, as if they have committed some wrongdoing despite their already glorious spiritual rank. Humility is at the core of their existence. They feel disgusted by receiving appreciation and applause. They hate glory, prestige, and pomp. They always behave as an ordinary person among other people. Acknowledging that all goodness, achievements, and extraordinary qualities come from their Creator, bowing is no more enough for them to show their gratitude, they go down to prostration in reverence.

I am a slave who is not worth all this grace,
I wonder why I am favored so bountifully. (M. Lutfi)

With these feelings, they continue to be relentless in their self-criticism, and are immersed in expressions of humility and self-effacement. They adopt the following important principle of the Qur’an as a part of their character: “(O human being!) Whatever good happens to you, it is from God; and whatever evil befalls you, it is from yourself” (4:79). They do not forget their single mistake or lapse which weighs so heavily on their shoulders, even after many, many years. They forget or disregard the good things that they made or accomplished which may have helped thousands of people. Even if the thought of crediting themselves for a dazzling accomplishment or triumph crosses their minds, they dismiss such thoughts and acknowledge all success to be from God as a grace for people’s collective work and solidarity. These are the character traits of the devoted souls walking on the path of the All-Truthful One, and such is the constant state of monumental personages whose hearts are completely oriented with the ones in the Circle, seeking God’s approval.

Now, with broken statements of mine, I wish to narrate examples of facing oneself from some loyal servants of God, whose eyes and hearts were with the members of the Circle. My words can only represent a few drops from their immense ocean.

As one of the radiant fruits of the blessed tree of the Prophet’s family, Imam Zayn al-Abidin (659-713) was a prominent person of sublime virtues. His father was Husayn (the Prophet’s grandson), his grandmother was Fatima (the Prophet’s daughter), and his grandfather was Ali, the prince of the chivalrous, and his great grandfather was the noble Prophet, peace be upon him. Zayn al-Abidin was a fortunate person who opened his eyes to the world in such a bright ethos and flourished with heavenly water of life, had his heart and spirit always set on God so much so that his path never ever crossed sins even in his dreams. Wherever he turned his eyes, he was enraptured by a view of the Circle. He kept soaring high towards that source of blessed inspiration with a desire and eagerness of reunion with his noble family.

He was always permeated with such feelings and thoughts; he always desired and aimed to be on that blessed course. Yet, he always committed himself to the Divine, assigned no worth to himself, and constantly engaged in self-effacement, a state of being which Seyyid Nigari describes in his own way as follows:

Can one who seeks the Beloved care about his own soul?
Can one seeking to live be concerned for the Beloved?

And thus Zayn al-Abidin kept seeking God and completely closed his eyes to all else, because he was in a state of constant exposure to the Circle, with the sight of both his eyes and heart. His heart would beat with the excitement of being under the same light with them, and he would live with a zest for servanthood to God. Among his prayers constantly offered are the following supplications, which I do my best to convey here, but do so by focusing more on the meaning rather than the exact wording; I do not constrain myself to vocabulary limitations. Instead of rendering all of his supplications here in full, what follow are his heartbreaking cries which I occasionally interpolate with short phrases to offer my personal take on some of his words, so hoping that his inner groans are better internalized first by myself and others like me:

“My God! The wrongs and sins I have been committing have put a mantle of abasement on my soul. By remaining apart from You (O Imam, have your ever been apart? FG) I have found myself in a state of poverty. The gigantic wrongs that I have committed (no way, a hundred thousand times no! FG) have darkened my heart. I seek refuge in You, God Almighty, my only Besought and Beloved! Please accept me as I turn to Your door with serious repentance, and bless me with a fresh revival as if I have been revived after death (if you are not alive, then how should those unfortunate “walking dead” like myself wail? FG). I swear I never knew anyone but You (O God), and in spite of everything, here I submissively expect to be forgiven in Your presence. If you expel this slave of Yours, which door can I ever turn to and with whom can I ever seek refuge? If I am expelled from that door, I will utterly be in a pitiable and shameful condition!”

O dear Imam Abidin, we have studied you and others like you in the literature of the Prophet’s life, and have come to recognize you with your humble face turned down and with your heartfelt supplications. If the cause of your wailing is the temporary fog that occasionally seeps into your imagination during dreams, if this is the factor that triggers your groans, how fortunate you are. And how pitiable are unfortunate ones of our time such as myself who live their entire lives in that fog and smoke, and the so-called theologians who assume themselves to be religious!

Zayn al-Abidin does not suffice with his above prayers. Below he opens another page in his compositions of wails:

“O the Exalted Lord who even forgives the greatest sins and embraces stricken hearts with compassion! I wish and beg You to pardon my disgracing sins and hide away my shameful wrongs and forgive this slave of Yours, in the warm atmosphere of Your forgiveness, along with those whom You saved with Your clemency and mercy.”

I wish it could be possible to find at least a hundredth of these wailings in the spiritual world of those who spend their life in places of worship, who put on airs in Sufi lodges, who waste their lives in nests of heedlessness appearing to be religious schools, and those so-called believers whose faith does not pass beyond imitation and who spend their lives in self-glorification saying “I did this, I did that.”

Zayn al-Abidin continues to open up to God, his yearnings now reaching a peak:

“If repentance and penitence are titles for a heartfelt remorse, so I swear I repent a thousand times for all I committed! If asking forgiveness from You is a means of being absolved from sins, so I cry with truly heartfelt remorse and wish You to forgive this poor servant of Yours!”

With my full respect to him, I skip some of his expressions of sigh and wailing and jump to the following one:

“O God! You are the One who has opened wide the gates of sincere repentance for Your servants and informed us with this glad tidings. You decree “O you who believe! Turn to God in sincere and reforming repentance” (Qur’an 66:8) and thus summon us to the chamber of Your oneness. Those who turn to this door You have opened will hopefully find what they expect, as a result of Your grace. Sins and wrongs certainly are not becoming for servants, but there is no doubt that You are so magnanimous at forgiveness and clemency.

Let us add the following to that:

Bestow on us, O my Sovereign, do not deprive the poor of your bestowals
Is it becoming for the Munificent Bestower to stop bestowing on His slaves? (M. Lutfi)

Yearning souls always presented their petition with this gist of imploring. If it will not be disrespect against the Almighty, I also share these considerations.