I Seek Refuge in You… 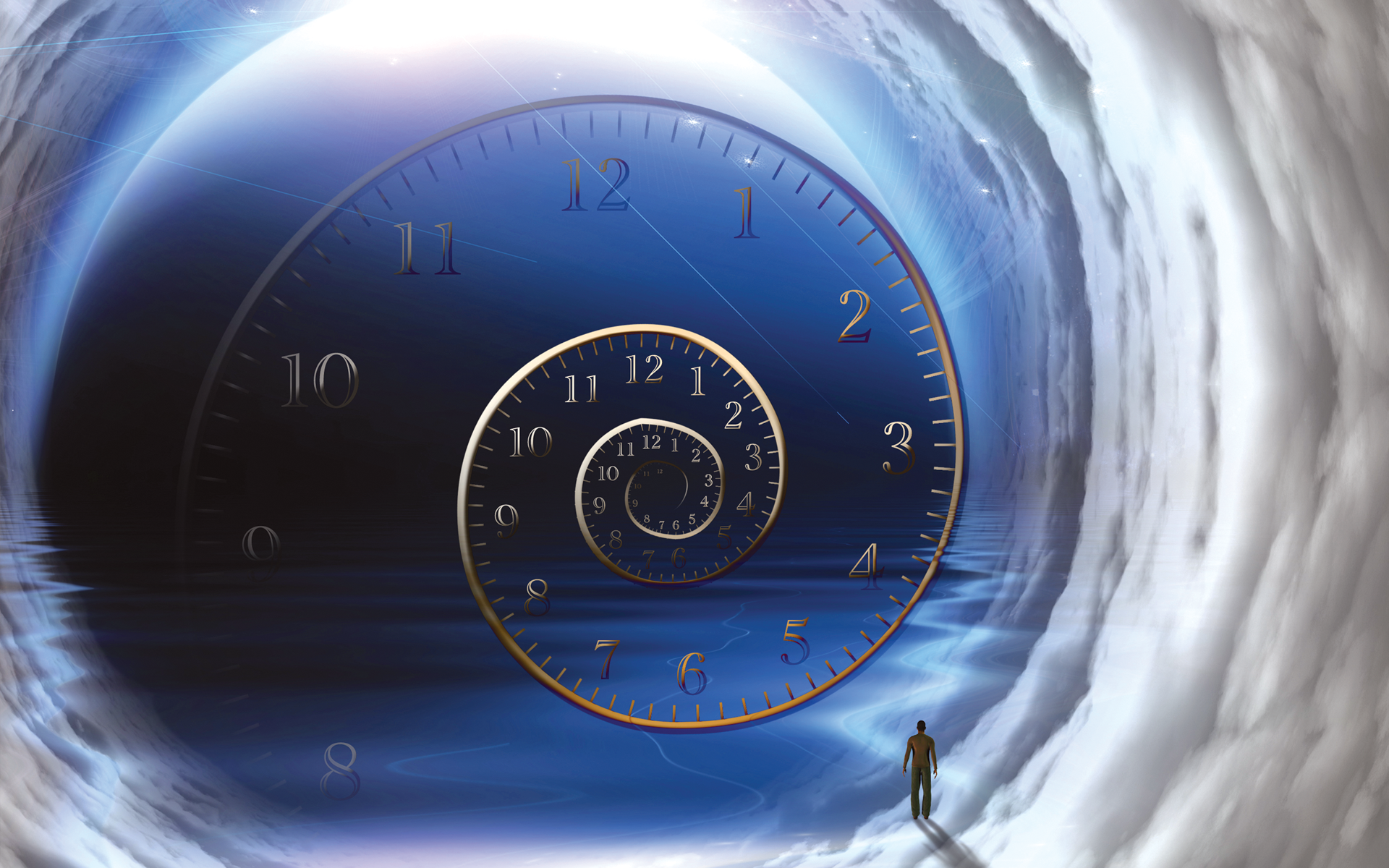 Question: Among things Prophet Muhammad, peace be upon him, sought refuge from were “knowledge, hearts, prayers, and eyes” according to one specific tradition? Why did he do so? Are there types of knowledge and prayers we need to be cautious of?

It is related that the noble Messenger of God would often repeat the following prayer: “My Lord! I seek refuge in You from knowledge that is of no benefit, a heart that does not tremble in respect, from a carnal soul that is never satisfied, and from prayer that is not answered.” It is also related in another tradition that he sought refuge from calamities, diseases, and “eyes that do not well up with tears.”

Knowledge that is of no benefit

The Qur'an says, “Is that of a donkey carrying a load of books (it transports what it does not understand)” (Al-Jumu'ah, 62:5). There are some people who wrote books, completed doctorate upon doctorate, and became “wise” men. Yet, in the words of Sadi, this newfound knowledge is largely useless and non-beneficial if they do not incorporate it into their nature and practice what they have learned.

Nowadays, there are plenty of ignorant people with degrees. Their mouths are filled with tar and darkness from the lies, deceit, slander and misinterpretations that they spew. All of the knowledge they have learned and all of the books they have written (even if they have written about the heart and spirit of Islam) are of no use if this knowledge is not going to bring them closer to God, be their route into Paradise, and allow them to experience Divine grace.

It is important to read abundantly and to look at a wide variety of books in order to broaden our perspectives, however it is even more important to incorporate that knowledge into our daily lives. Sadi says, “If you do not believe with your knowledge, then you are the epitome of ignorance.” Such people are not only ignorant, but also are ignorant of their ignorance. All the while, some among them arrogantly assume that they are aware of everything. This is described as “triple ignorance.”

A heart that does not tremble

Secondly, the noble Prophet says, “I seek refuge from a heart that does not tremble.”

The word used in the original text is “yahsha,” which refers to a sense of reverence or awe that manifests itself in one's actions. It is a measure that shows the depth of one's position before God. It is acting with the consciousness of ihsan, the conviction that we are being seen by God all the time.

The Prophet says that the reverence in one’s heart manifests in that person’s outward form. If one is truly reverent to God then, it will pour out through their iris, facial expressions, hand gestures, tone of voice, and even in the ideas they put forth. Bediuzzaman Said Nursi (d. 1960) was a scholar who had the utmost reverence to God and His creation. When he used to retreat to his wooden rack on top of a tree for prayers and contemplation, he would say:

Listen to the stars, to their delightful sermon,

Listen to their message of luminous wisdom

And see what is written in their declaration

“Of all His servants, only those who possess true knowledge stand in awe of God” (Al-Fatir 35:28).

People with deep understanding have a unique perspective. They are the ones who have engraved their knowledge into their neurons, and this tends to be reflected in all of their actions in such a way that anyone who saw them would notice the deep effects of their faith. When an observer saw such people in prostration he or she would see them in full humility for they pray in a state of “being seen by God.” Little, if any, doubt would be left unresolved with such a representation and state of being.

A carnal soul that is never satisfied

The third thing God's Messenger sought refuge from was “a carnal soul that is never satisfied.” The Qur’an narrates the story of Korah, who serves as a primary example of a person with such a soul:

“We gave him treasures, the keys alone to which were a heavy weight for a party of strong men” (Al-Qasas, 28:76).

Korah had amassed so much wealth that even the keys to his treasure chests required ten strong men to carry them. The Prophet considered such a greedy soul to be so dangerous that he listed it after useless knowledge and a heart that does not tremble in fear.

Prayers that are not answered

The Messenger of God, peace and blessings be upon him, says, “God does not accept the prayer of the heart which does not know what it wants and desires.” We really need to consider how we recite prayers and supplications from memory: are we doing praying with sincerity or without deeply reflecting upon what we are asking? A person could pray for something good such as, “O God, keep us far away from Hellfire, save us, protect us.” In regards to such a prayer, one should spend a few extra minutes pondering about our lives, try to close their eyes and imagine being in the presence of God, consider the consequences of an irresponsible life. One can even imagine themselves walking on the bridge above the fire. The All-Merciful God will not leave such a vivid seeker of protection in vain.

While praying, “Take us to Paradise along with those righteous people” one should imagine the gardens, trees, and flowers of Paradise to the extent that is humanly possible.

Prayers are best when they come sincerely from the heart, not subconsciously and without meaning. It is as if something is raining into the hands of the people who sincerely turn to God when they pray to Him.

This is a personal experience that can be achieved through deep reflection and sincerity. There are some steps that can be followed in order to reach such a pious state.

First, God Almighty will accept your prayers and supplications when you are standing in the presence of your Lord with deep concentration, knowing that you are being seen by God and aiming to be in a state as if you are seeing God, too.

In another tradition, the Prophet says that prayers are answered and advises believers to be patient and not say things such as, “I kept offering my supplications and prayers, but they were not accepted” out of desperation and impatience.

Surely believers will be rewarded with mercy should they remain at God’s doorstep in deep loyalty. He does not leave us completely deprived either, even if He does not give us exactly what we want when we want it.

When the Messenger of God takes refuge in God from supplications that are not accepted, he is referring to those who get weary of making prayers and supplicate with little to no sincerity. God knows best.

Bediuzzaman said the following about the severe pains he felt in his body: “I have supplicated for thirty years to be healed; my prayers have not been accepted externally, yet it has never occurred to me to abandon my prayers. Because illness is the occasion or time for prayer; to be cured is not the result of the prayer.”

Persecuted by oppressive regime, Bediuzzaman was poisoned twenty-one times when he was behind bars. It has not been recorded, or known, that Bediuzzaman ever once made prayers of revenge in his life despite all of the hardship that he endured. He was an emblem of forgiveness and grace, and this character fits monumental personages like him.

This is what we must strive to do as well. Prepare yourself to forgive those who are persecuting you. This is surely a heroic thing to do that takes much strength. Do not respond to evil with evil.

“If you have to respond to any wrong, respond (only) to the measure of the wrong done to you,

Be kind to the person who harms you. At least give the alms of a smile, if just a smile. Others may act like monsters, as would be expected from monsters. God has created us as humans, what befits us is to act with humanity. It is impermissible for a true believer to abandon this demeanor.

Eyes that don't water with tears of sincerity

God's Messenger, peace and blessings be upon him, said: “Don't laugh too much.      It kills the heart.”

Your prayer mats should be soaked so much so that your mats speak back in their tongue of disposition, “That is enough!  I have become fully soaked, that is enough.”          In the dark night, when you try to turn on the lights to the Intermediate Realm, your tears, in a way, should be like oxygen or energy. Your tears will provide light and illumination. May God make us like those who have such eyes.