Metabolic Syndrome: A Major Health Problem of Our Civilization 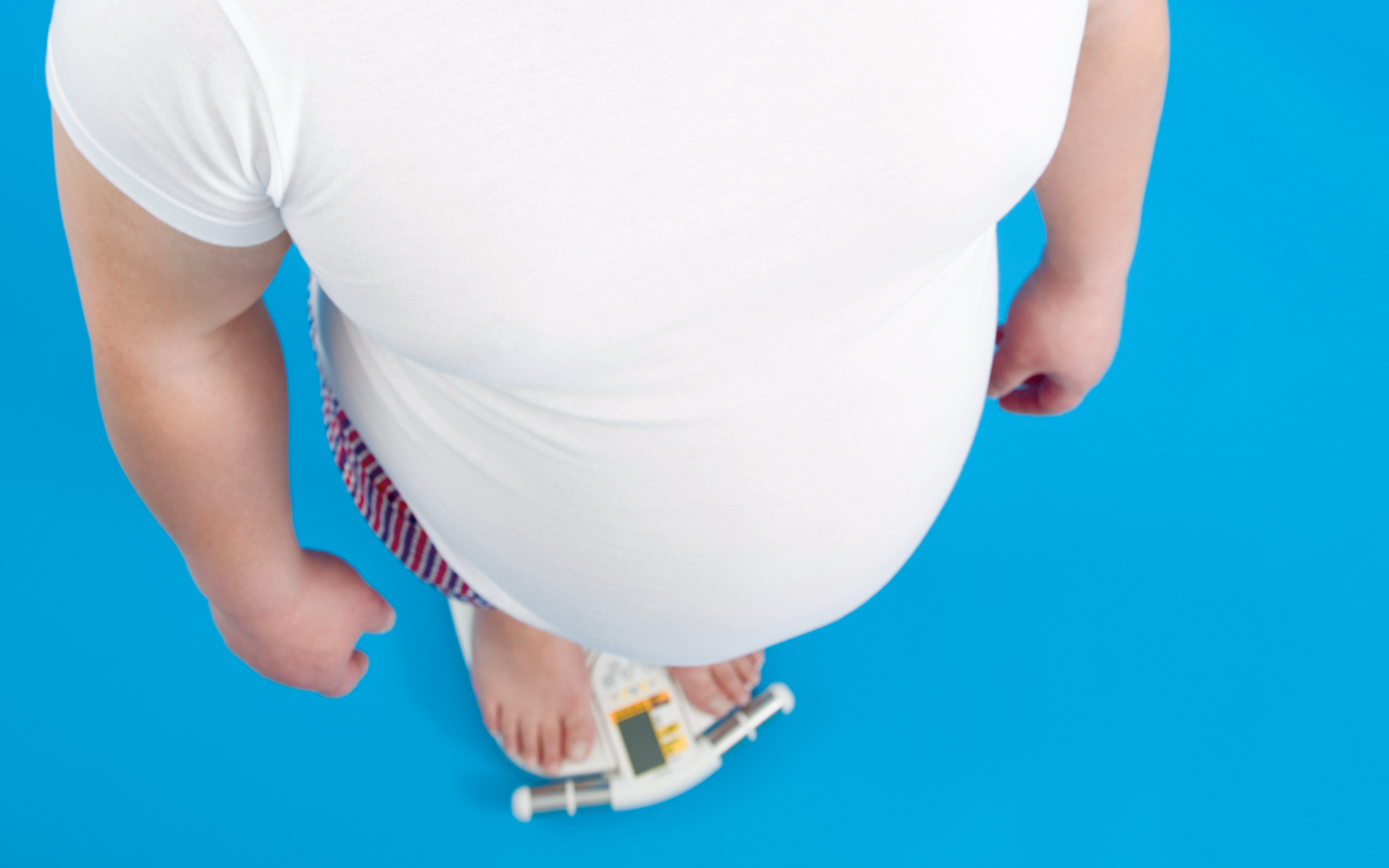 Life is in the center of existence, and food is in the center of life. All living things are in pursuit of their sustenance to continue their lives. Failing this pursuit means the end of it all. Yet, it is not only the lack or scarcity of food, but also its abuse that is a major cause for disorders. Consuming food without any criteria of lawfulness, or with no heed to virtues like contentedness or gratitude, but with greed and wastefulness, leads to many health problems – mental and physical – at both individual and societal levels. Among these problems are many notorious eating disorders such as obesity, anorexia, and bulimia nervosa. Illnesses that relate to overeating, such as obesity, are now beginning to be considered as food addictions, even as a type of substance abuse, in some medical literature [1].

One serious consequence of eating and food addictions is a clinical condition that is called “metabolic syndrome” (MetS). Characterized by multiple cardiovascular disease risk factors such as obesity and high blood pressure, this syndrome has been recognized as a crucial public health problem worldwide. Characteristics such as geography, race, age and gender are influential in the frequency of the disease, which spreads daily as a pandemic that affects approximately 20-30% of the global adult population [2]. Among US adults aged 18 years or older, the prevalence of metabolic syndrome rose by more than 35% from 1988–1994 to 2007–2012, increasing from 25.3% to 34.2% [3].

First described by Dr. Gerald Reaven, MD, in 1988, metabolic syndrome is also referred to as “insulin resistance syndrome,” “deadly quartet,” and “civilization syndrome” [4]. In 2001, the Adult Treatment Panel (NCEP-ATP III) defined metabolic syndrome in adults as the combination of central obesity (waist circumference >102 cm in men, >88 cm in women), hypertriglyceridemia (>150 mg/dl), low HDL (<40 mg/dl in men, <50 mg/dl in women), hypertension (blood pressure> 130-85 mm-Hg), and hyperglycemia (fasting blood sugar >110 mg/dl). In 2005, the International Diabetes Federation (IDF) published a global guideline describing different thresholds for different ethnic groups. According to this guideline, the diagnosis of metabolic syndrome should be based upon central obesity and high triglyceride, low HDL, high blood pressure, and high fasting glucose. The IDF also reported that the presence of at least two factors sufficed for diagnosing anyone as a patient of metabolic syndrome.

as one of the likely pathological findings in metabolic syndrome, central obesity is observed in one in three adults. Hypertension, another crucial factor, is generally acknowledged to be originating from insulin resistance in metabolic syndrome, but the actual features of its development mechanism still remains controversial. Global awareness about hypertension, its treatment, and how to control it is low, and there are significant differences in between people worldwide. A National Health Examination Survey (NHANES) spanning 2011-2014 revealed that 34% of US adults aged 20 years and older are hypertensive and NHANES 2013-2014 data showed that 15.9% of these hypertensive adults are unaware they are hypertensive [5].

Dyslipidemia, which increases as a result of central obesity and insulin resistance in patients with metabolic syndrome, is characterized by low HDL cholesterol and high triglycerides, the most crucial factors that increase the risk of cardiovascular disease. In one study done in 2008, the average total cholesterol levels for American men and women were found to be 197 mg/dl [6].

The presence of overt diabetes or impaired glucose tolerance (fasting blood sugar above 110 mg/dl) indicates the first step of the diagnostic criteria of the metabolic syndrome, and insulin resistance is not sought for further. People diagnosed with metabolic syndrome are 2.34 times more likely to contract diabetes [7]. A 2011 study conducted in America reported that roughly half of all adults have impaired glucose metabolism as a result of type 1 diabetes, type 2 diabetes, and prediabetes. Diabetes has been a prevalent global ailment similar to asthma, autoimmune diseases, and cancer [6].

Since metabolic syndrome is caused by environmental and genetic factors, and is appearing in people with increasing frequency, the best treatment approaches involve a well-regulated lifestyle, with the main objective being to prevent diabetes and cardiovascular diseases that cause fatal or disabling conditions. Weight loss that results from an appropriate nutrition and exercise program has a corrective effect on almost all disorders observed in metabolic syndrome.

In the treatment of metabolic syndrome, prevention of central obesity seems to be a priority solution. This can be achieved by a lifestyle planning that provides and maintains a 7-10% reduction in total body weight by limiting caloric intake and increasing physical activity. Even methods that increase weekly physical activity by 150-300 minutes and provide only a 5-7% reduction in body weight are considered sufficient to correct the metabolic syndrome. This has especially been reported to have a positive effect on lipid disorders, glucose intolerance, and hypertension, with a 58% reduction in the risk of diabetes with additional lifestyle changes [9].

Since a well-regulated diet is one of the focal points of life style change for people with metabolic syndrome, dietary models that are limited to saturated fats and cholesterol, rich in complex carbohydrates, based upon an abundant consumption of fruits and vegetables, and a restricted use of salt (for those with hypertension) are strongly recommended.

Even though the traditional Mediterranean diet is lauded as one of the vibrant treatment options in the prevention of coronary heart disease and metabolic syndrome, it is not sufficient to correct the metabolic syndrome unless the diet is in tandem with significant weight loss [10]. According to numerous studies, increasing the consumption of nutrients such as fish, vegetables, fruits, dried legumes, and unrefined grains that are rich in olive oil, omega-3 fatty acids, and antioxidants reduce the risk of coronary diseases and death. It goes without saying, that smoking and alcohol use may increase cardiovascular, metabolic and hepatic complications in patients with metabolic syndrome.

Patients with metabolic syndrome should have their blood lipids checked annually, and should be determined to keep low-density lipoprotein (LDL) cholesterol lower than 100 mg/dL, high density lipoprotein (HDL) cholesterol higher than 40 mg/dL, and triglyceride levels lower than 150 mg/dL. Diabetic patients should set their blood pressure target as lower than 130/80 mm-Hg. Changes in lifestyle such as regular exercise and a controlled diet are extremely vital. The use of low-dose aspirin to prevent complications in patients with coronary artery disease is also among treatment recommendations.

The basic sustenance that is provided to us in the form of fruits, animals, grains, and other bounties is such a precious, rich and full-fledged treasure, for which we should be grateful for. However, gluttony and wastefulness pave the way for thanklessness, disease, and even conflicts with the wisdom in the universe.

Almost all living beings are engaged in the pursuit of sustenance and revolve around this goal. We humans have been equipped with the ability to taste and appreciate all kinds of food, and can draw an appreciation for the Divine through these gifts. Just as everything revolves around sustenance, thankfulness has been placed in the center of sustenance. That is, gratitude should be at the center of all sustenance. Through gratitude, we live healthier physical, spiritual, and mental lives.