Nonstop from Alaska to Hawaii: Pacific Golden Plovers and Their Miraculous Journey across the Ocean 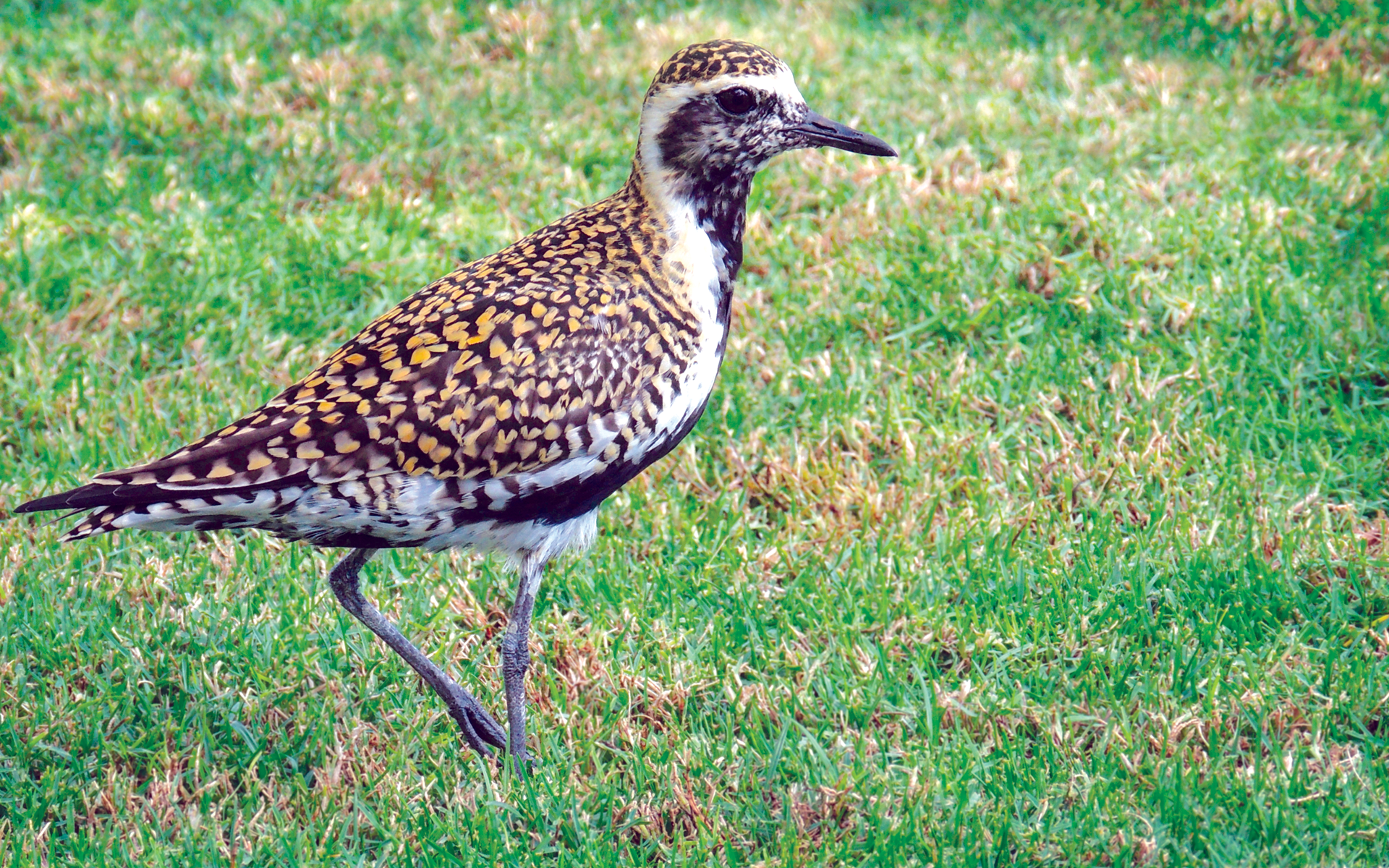 Many animals would tell us fascinating stories about their behaviors and marvelous abilities if only we could understand their language. As a result of years of research, many outstanding features of different animals have been discovered by scientists and these findings have formed the basis for numerous inventions. The Pacific golden plover (or the kolea, as it is called in Hawaii) is one such animal that is created with amazing abilities, like conserving huge amounts of energy with incredible techniques.

The Pacific golden plover is a migratory bird. The mother and father birds leave their nests in Alaska when their chicks are only a few months old, and return to Hawaii where they are originally from. Chicks by then have not yet learned how to fly [1]. After spending the summer in Northwest Alaska [2], when the winter comes chicks take off en route to the Hawaiian island where their parents are and where they have never been before. Considering that the distance is 4500 km (~2800 miles), this journey seems almost impossible for such a small bird, which, unlike many birds capable of trans-oceanic migrations, cannot swim, soar, or glide and weighs approximately 130 grams (~4.6 ounces).

Flying over the Pacific Ocean all the way from Alaska, the most extreme point of North America, to the island of Hawaii, the golden plover does not have a chance to land even for a short time to gather energy. The bird absolutely cannot fall under 130 grams either, because under this weight it would not have the energy needed for the remaining distance, which would be the end for the bird. To complicate matters even more, the Pacific golden plover loses 0.6% of its body weight every hour that it flies non-stop. There are two significant problems in this long journey; the fact that it cannot gain energy during its flight, and the problem of navigation. Not knowing which direction to fly in the vast ocean, or flying in the wrong direction for a short time, means an inevitable death for the bird.

The information we have obtained about this bird’s amazing ability to conserve energy journey is amazing. The flight time is 88 hours, or three days and four nights. For comparison, a modern Airbus A380 or Boeing 777-200LR can only fly about 18 hours without refueling [3]. During the flight, the Pacific golden plover flaps its wings 250,000 times, setting another record. “Imagine” says Dr. Oscar Wally Johnson from Montana State University “that flight you made from L.A. to Honolulu – only without the plane” [4].

Observations that have been made during the bird’s flight help us to understand how it overcomes these challenges [5]. The birds prepare for their journey by eating a lot and gaining a lot of weight in a short time. An average golden plover weighs roughly 130 grams and gains 70 grams of more weight, more than half of its body weight, during this intense eating period. Imagine a person that weighs 176 pounds (80 kg) gaining 100 pounds (45 kg) more to become 125 kg (275 pounds) in two weeks. The bird would normally lose 0.6% of its weight every hour it flies without a rest, and at the end of 88 hours it would remain only 117.8 g. As mentioned above, should the bird fall below its regular weight of 130 grams, it would be too exhausted to complete the journey. As soon as the bird runs out of energy, it would still have more than 497 miles (800 km) left before it reaches its destination. So, how is this problem solved?

If we want to save money on long car drives, then we set our cruise control to 110 km/h (~68 m/h) and drive at a constant speed. The bird does just that, and flies the whole distance at a constant and optimal speed of 51 km/h (~ 32 m/h) [6]. Flying slower than this speed would increase the amount of “fuel” that would be consumed, and flying faster would increase the energy consumption due to air resistance. Pacific golden plovers also fly in a “V” formation where the foremost birds flap their wings thus generating airflow that allows the birds in the rear of the formation to not have to use their wings in order to conserve energy [7]. Birds that are tired in front of the formation change their position with the ones who have had some rest at the back. Thus, they save about 23% of their energy and reach their destination of Hawaii while being slightly overweight. This excess weight is not stored in vain; it is estimated that more energy will be consumed in the case of bad weather conditions. During their flight, it is possible that the air could be foggy, cloudy, very sunny, or even rainy and windy, in which case their energy consumption can increase.

How does this bird determine the direction it should go? Imagine that this bird flies in absolute darkness for three nights without getting lost despite the fact that even a small deviation from their path could cause a huge deviation in the long run and cost the bird a fortune. They keep their flight formation and reach their destination despite all kinds of difficult conditions, including rain at night. With the help of a compass miraculously placed in the brains and eyes of these birds [8], they follow the magnetic field lines of the earth at a certain angle, adjust their position and follow their paths without facing any surprises [9]. Some scientists believe that the magnetic field map of the world is recorded in the eyes of migratory birds.

Migratory birds can also use the sun to correct their flight path. This difficult journey is successfully completed with the immigration program embedded into their genetic code by the Almighty Creator.

With their excellent energy saving and navigation features, the Pacific golden plover, a migratory bird species that has been doing this long-distance journey for thousands of years, provides us with very important lessons that can lead us to deep contemplation.

“Have they never considered the birds above them, flying in lines with wings they spread out and fold in? Nothing holds them up except the All-Merciful. He indeed sees everything very well.” Mulk 67:19