Service in the Face of Disaster: A Memoir of a Visit with Refugees in Greece 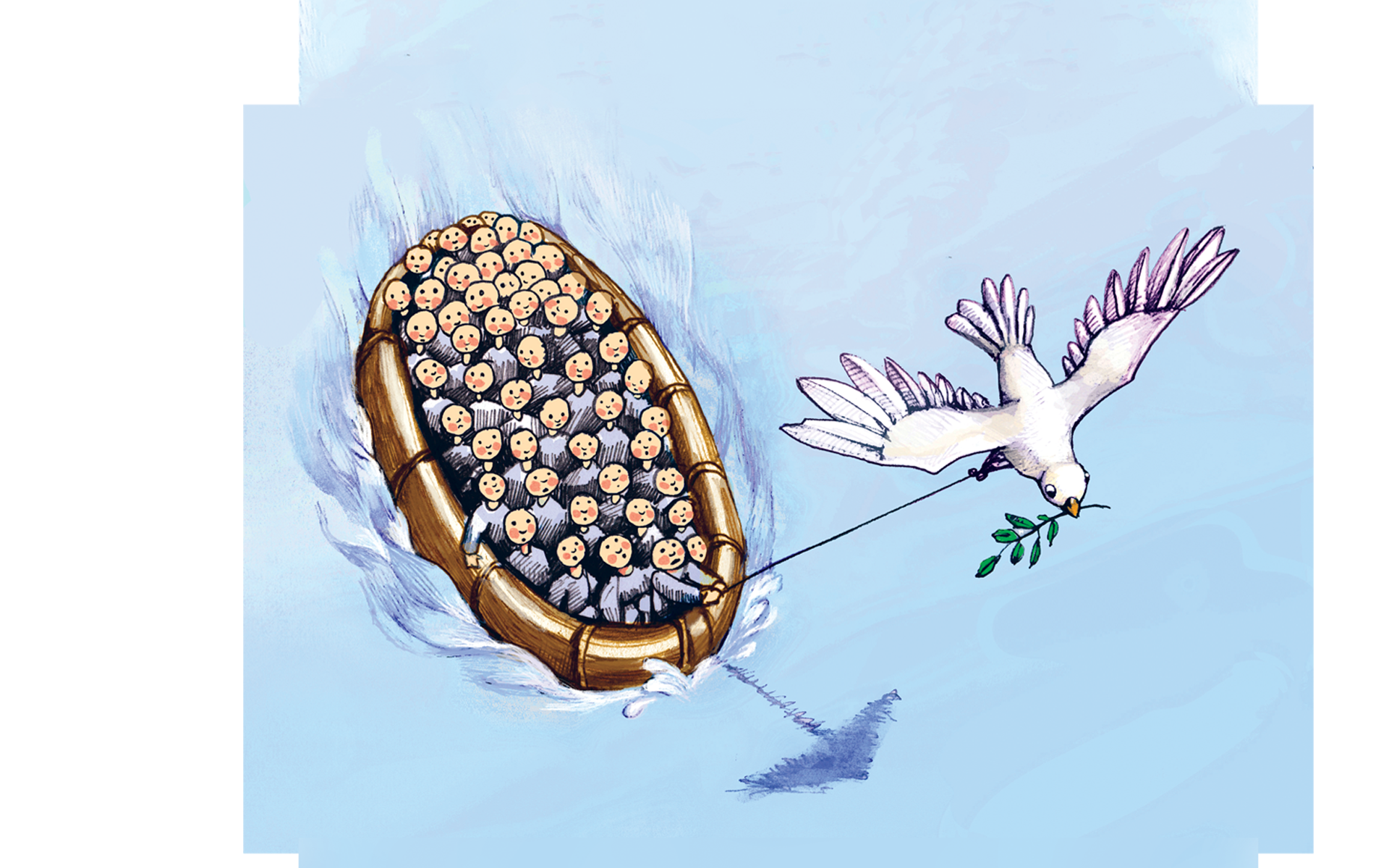 I didn't know what to expect when we landed in Athens. I knew we were going to be meeting with refugees and hearing their stories, but I did not expect what I saw and heard. For one thing, I may have expected a strong narrative of unbearable suffering that ran through every one of these meetings. A narrative of victimhood and helplessness. A narrative which wanted so badly to be heard and listened to so that it could expose its most tragic and historic aspects to create greater awareness and anger for it. I may have expected helpless, uncontrollable tears rolling down my cheeks in response to harrowing tales of torture, imprisonment, of separation – mother from child, husband from wife, brother from sister.

What happened, instead, has left me incredibly perplexed. I heard the harrowing tales of torture, imprisonment, separation, familial betrayal, the difficulties of escaping a brutal crackdown, and of near-death situations. But an almost unexplainable sense of calm ran through these people as they told their stories. A calm motivated by faith and the belief that God is with the Hizmet, or “service,” Movement and has already manifested His mercy by preserving the movement despite these hardships. These atrocities did not destroy the Movement or break its spirit; they look more united than ever.

The narrative that believers suffer at the hands of unjust oppressors, as many prophets did under the tyranny of various pharaohs, is all too common in the Abrahamic texts. But it is an entirely different experience to physically see and talk with someone who has gone through these kinds of traumatic experiences, who is still in the thick of trying to find a home for themselves and their family, to be able to tell their story while showing the utmost reliance on God’s plan. They were also weary of putting their experiences in the context of other refugees, as they understood that others suffered even more.

I believe that their reliance upon God, and their calm approach to faith in the midst of such turmoil, is real. And the reality is clear for all of us to see and hear. Reading about their stories through an article such as this one, or even hearing them speak on the news, pales in comparison to actually being with them during their greatest hour of need. I feel that my mind is not the same as before. I am not claiming that the refugees, the heroes who were persecuted and driven from their homes for crimes they never committed, are completely okay with their situation. What I am pointing out is that, even in the midst of their losses and suffering, they thank God and are not hopeless.

The hospitality with which they welcome guests is astonishing. Considering the fact that they were refugees, they still took the time to host us and make us feel attended to.

Shaken by trauma, the brothers we spoke to find assurance by making dark jokes about their time in prison, or the difficulties they experienced while crossing over to Greece and other countries. Hours were spent strategizing ways to escape Turkey and flee to other countries or to reunite with family members that had already escaped. Their hopes hinged on the kindness of border police and passport patrol. There was rarely enough time to grieve about a father who might still be suffering in prison, or think about those in prison that were without medical attention, or the difficulty of having to share a single toilet among 50 people at a time. There was rarely enough time to grieve about the discrimination that they endured at the hands of their cruel jailors, who tortured and beat many of them until they went blind. I almost felt ashamed that I did not cry in front of them, however I did not feel that it would be respectful to show my pain in front of them when their suffering had outmatched mine so much more. So I sat there, listening quietly, waiting for their words to unfold into long complicated stories of imprisonment, release, escape, survival (or drowning to death), landing in Greece (or being caught), staying in a refugee camp, and then ending up with fellow refugees from Turkey.

The lessons that this experience taught me are too stark to ignore. It showed me that Hizmet is a movement that brings power into question. Every effort is made to mitigate whatever suffering and loss might come from the jihad of speaking out against injustice. But when it strikes, the experiences of those that are suffering, and have suffered, as a result of doing what is good remind us once again that to be comfortable, and to put all of our eggs in one basket, is not the way to live. We should not just strive to be productive people, and the best citizens we can be, even though this is incredibly important. We should also work within the social sphere to make active change to the way people think, and to the ways in which people oppress themselves and other people. And we must be prepared, as opposed to being scared, for a time in which we might need to make drastic changes to our lives. We might even be forced to do so. To work towards active change does not fit comfortably with people who are happy with oppression. As the common maxim goes, “silence is violence.”

Being as comfortable and privileged as we are in the United Kingdom, we need to remember that, even here, people are suffering. We must stand up for them.

I am still shocked that I had the honor of hearing these most intimate stories. I am also honored that Allah has given me the chance to see what real faith looks like. I say to myself that, if I cry, it should not just be because their suffering is too much to bear (not to say that we should not cry at all about this). But it should be because I have a long way to go to meet their level of faith and commitment to Hizmet and their service to humanity.