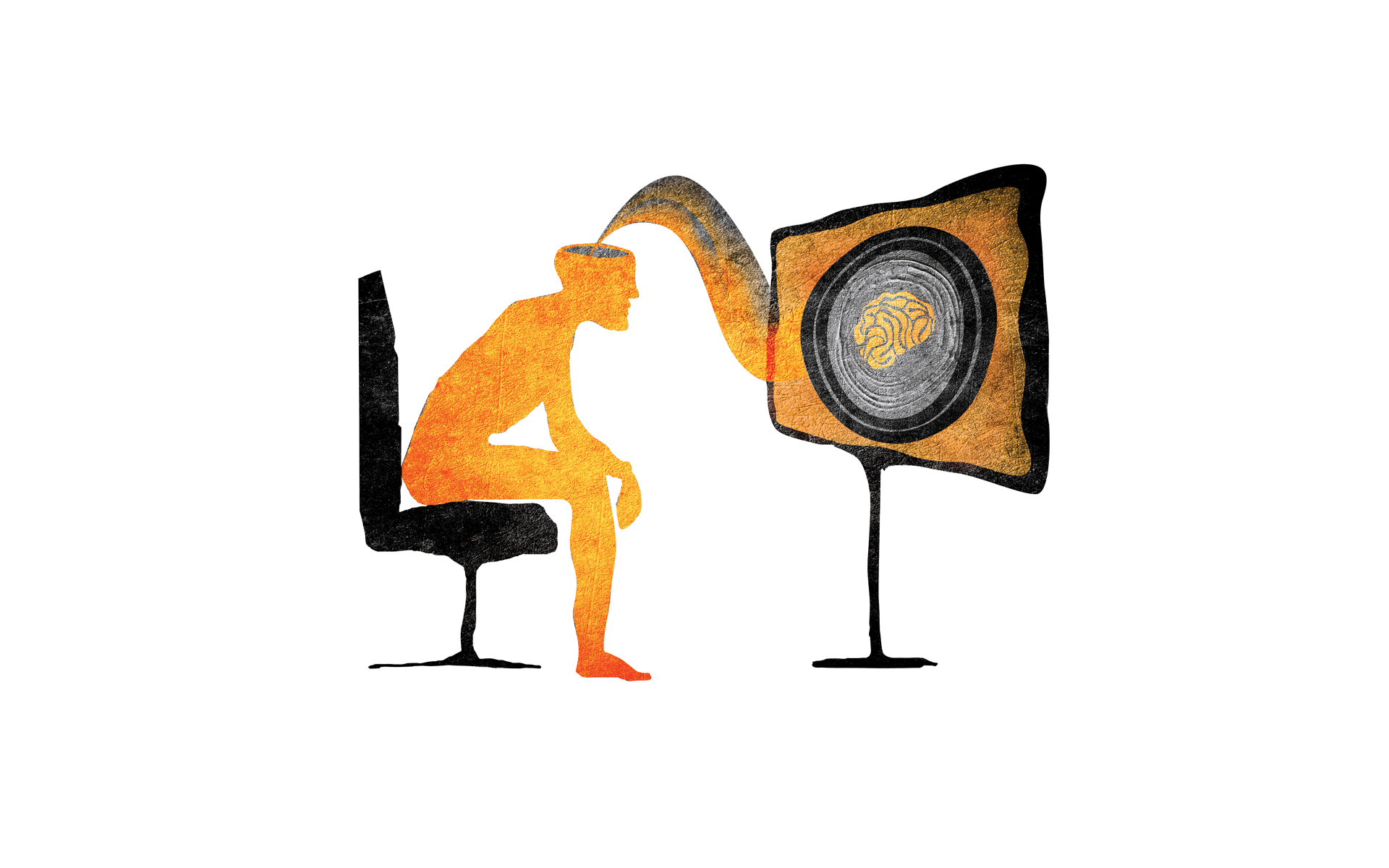 Advertising is an age-old concept of conveying the messages to the people. In prehistoric days, people used to write with chalk, which was available in plenty, in their own languages the messages they wanted to propagate on the walls of the caves or on tree trunks. While doing excavations in Pompeii, signs and evidence were found that services and goods were advertised as early as in 79 A.D.

Later, Egyptians wrote the messages and drew images on papyrus. When paper and printing press were invented, advertising became popular, first in Great Britain, then in other countries. Illustrated ads were placed in newspapers and magazines. Products like Pears soap, Woodbury’s Facial soap, Michelin Tires and Encyclopedia Britannica were among the first to advertise. Advertising companies like J. Walter Thomson, Ogilvy, Leo Burnett, Volney Palmer and N.W. Ayer were among the pioneers, responsible for creating ads and getting them placed in newspapers and magazines. J. Walter Thomson was however the first to expand internationally.

Today, we live in the world of advertising. Nothing sells without advertising; may it be a product or service. It is a well-known fact that you need to create an awareness of the product you want to sale, then promote it through means of advertising; hence the importance of advertising cannot be denied. That is why ad agencies are flourishing and their clients are spending millions of dollars to promote their products or services. Ads should be clever and to the point. Yet, many advertisers rely on belittling the competitors’ products which results in a big confusion in the minds of consumers.

David Ogilvy, the guru of advertising, said that ‘a good advertisement is one which sells the product without drawing the attention to itself.’. One wonders how many ads these days conform to this belief. The Chief Executive of one the agencies where I used to work way back in Pakistan had a motto framed behind his desk. It read: Advertising is supposed to be impactful and clever without being overpowering. In short, be subtle.

There are various outlets where the ads are placed. Generally, your product is promoted through TV, Radio and social media, newspapers and magazines, billboards and brochures and your product gets consumers’ awareness and impulse to buy. This is the common practice, yet there is another means to advertise. It is called subliminal advertising, and it has been found that this means alone can soar the sale of your product. Only few clients and advertisers know and realize the positive effect such advertising would produce. Others simply do not believe in its efficacy and consider it a fallacy.

Subliminal advertising is described as the use of images, logos and sounds to influence consumers’ responses without being conscious of it. A subliminal message passes below the normal perception. It might be inaudible to the conscious mind, but audible to the subconscious mind, because it is a brief flash of the product, escaping the conscious level of mind but getting stored in the subconscious mind, so that when a consumer goes to the market and sees the product along with other products, he is inclined to buy the product subliminally advertised.  They are ‘hidden persuaders’ – as said by Vance Packard in his book,’ Hidden Persuaders’ which was published in 1957. There are various ways to do it: 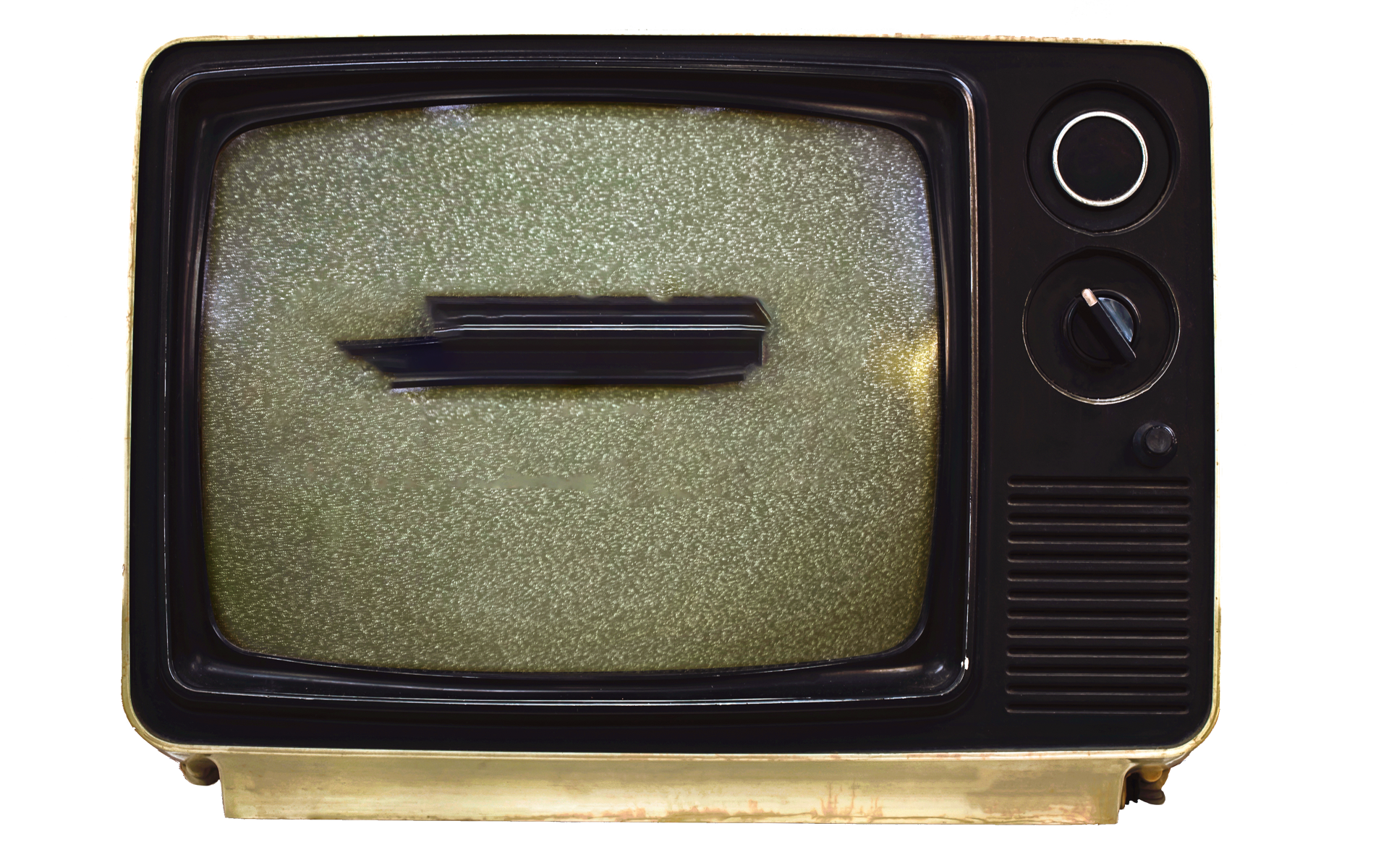 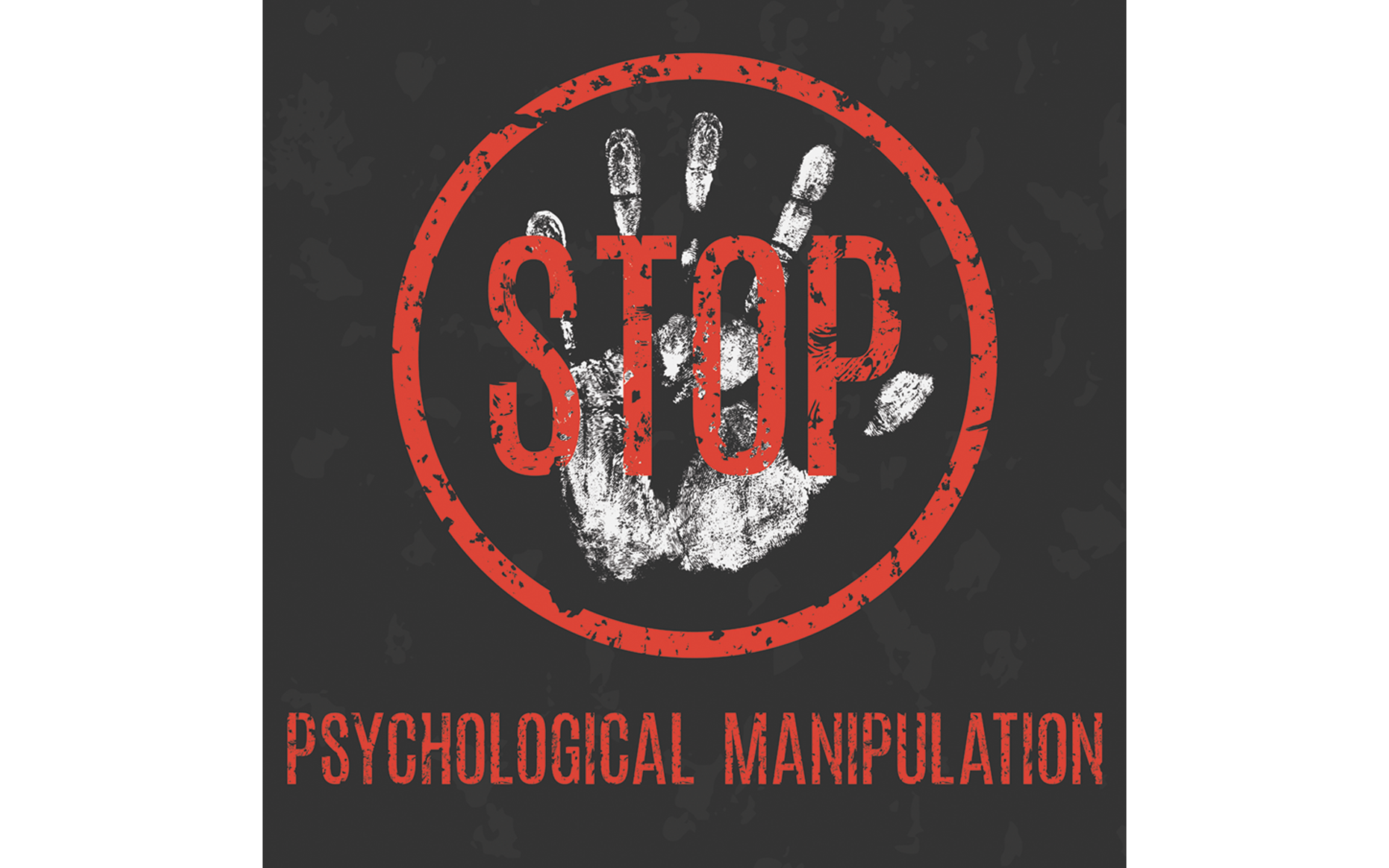 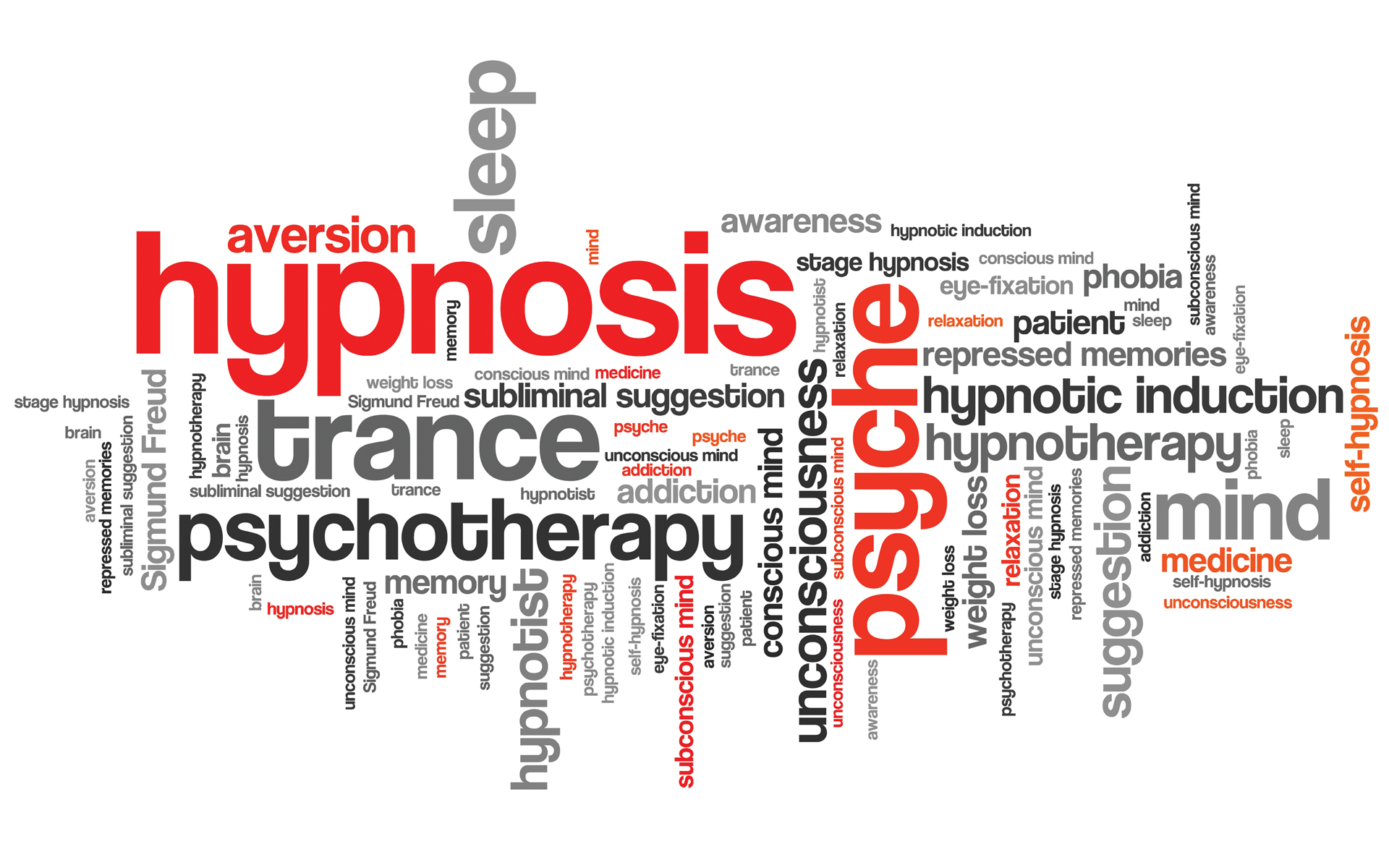 This was often practiced in the days when movies were processed by 35 mm cameras. It involves the insertion of ‘hidden’ messages into movies or TV programs. The concept ‘moving pictures’ relies on persistence of vision to create movement in a series of images projected at 25 frames per second. A single frame of the ad is then inserted after every 25 frames on the editing table. The hidden command in a single frame flashes across the screen so quickly that it is not perceived consciously but is registered in the subconscious mind.

As mentioned in QUORA journal, an experiment was conducted by James Vicari, a marketing researcher and psychologist, in 1957 when a popular movie PICNIC was released. Every five seconds the words, Hungry? Eat popcorns. Drink Coca-Cola, were projected for 0.003 seconds. The sales of popcorn and Coke in that New Jersey theater increased by 57.8 percent and 18.1 percent respectively.

In the early seventies, we, at an advertising agency where I worked, made a similar experiment. In the cinema house where one of our client’s products was advertised subliminally through the screening of the movie, I stood near a concession stand. During the interval – in those days we had intervals of 10 to 15 minutes – a good number of moviegoers were seen to buy that soft drink.

You may think that this is a very easy and economical way of advertising. No, it is not. It took a series of meetings with the client to convince him about this method of promotion. The client eventually agreed, but still seemed doubtful. Then we had to approach the movie producer who was shooting a blockbuster movie with famous stars. After being assured that it would not make any difference in projection, and paying him the agreed amount, he consented. When the movie was shot and ready for editing, I went to see the editor to get the frames of our product inserted after every 25 frames of the movie. The editor simply shook his head and said that it was just an experience in futility, but he had to do it, because the producer asked him to do that. It took him two weeks to complete the editing. I met him again and saw that the one frame of the product was inserted after every 25 seconds in the master print of the movie. I was happy to learn that and took the editor, who had by now become a good friend, for a lunch at a Chinese restaurant on my expense account.

The client later reported that the sale of his soft drink had increased by thirty-five per cent.

This form of subliminal advertising was gaining grounds and proving to be an effective vehicle for promoting products. This became a matter of concern for public relations officials and some advertising agencies, probably because they feared that budgets for regular advertising on TV and press would plummet, resulting in lesser profit. They argued that such a way of promotion is ineffective, counter-productive and unethical since it invaded the minds of the people without their consent. The other school of thoughts pleaded that it is not the only way that does that, there are many happenings in everyday life that do so, and on which we do not have any control.

In USA, Federal Communications Commission took up the matter, held several hearings and declared that subliminal advertising is contrary to public interest, because it involved ‘intentional deception’.

Terry Lane in CHRON journal reported, ‘While the US Congress has never passed a law restricting subliminal advertising, government agencies have said that the practice is unfair and could result in enforcements, especially for broadcast stations.’

Since then this form of advertising gradually decreased. It may still be in existence, but countries like Australia, U.K. and Canada have banned it. Other forms of subliminal advertising, like product-placement and hidden messages through logos are very much in practice throughout the world.

A highly popular technique is product placement. Here again you need a movie producer or a TV show producer. Subject to his consent and agreed payment, a can or a box of food products such as cereal, jam, jelly, butter or a soft drink is strategically placed on a dining table – or any other place - at a home. When the scene of a family dinner is shot, the product is placed on the table in such a manner that it is quite visible. It is flashed for only a few seconds, and the message is delivered.

Products or services are also promoted when a character drives a car and it passes through a street where there is a billboard or a store front where it is displayed. The camera briefly focuses on it while the car is passing by.

An unethical and detrimental trend is now prevalent in our movies and TV dramas and shows. The hero or another important character is shown smoking a cigarette or a cigar leisurely and enjoying the puffs, while at the bottom of the screen you read a sign ‘smoking is injurious to health’. This is a subliminal advertising for tobacco smoking, and one is sure that some tobacco companies must be paying the producers or channels to promote this habit among viewers, especially youngsters. The tobacco companies have to rely on such a means for advertising, because they are not allowed to advertise directly through electronic or print media or through billboards. Authorities should take note of this and take proper action to stop such a practice.

Logo is an intelligent way of subliminal advertising. Let us look at some logos: