Diabetes is one of the most serious public health risks today. The United Nations declared diabetes as a global threat in 2007 in order to highlight just how widespread and destructive diabetes had become.

Diabetes is one of the oldest known diseases, and was even mentioned in the ancient Egyptian, Indian, and Chinese texts. Ancient Egyptian texts defined diabetics as “… so thirsty that if they drank all the water of the Nile, their thirst would still not be quenched.” The ancient Indian and Chinese texts mention insects and flies swarming over the urine discharged by the diabetics.

There are two main problems that emerge in relation to diabetes:

These two types do not coexist in one patient. The first occurs mostly among children or young people. The second occurs mostly among the elderly who largely contract diabetes due to obesity. Diabetes can be detected by a surge of sugar in the blood and urine. If blood sugar exceeds a certain limit then sugar will appear in urine.

Diabetes reveals itself by a surge of sugar in the blood and the urine. It not only impairs the sugar balance of the body, but also disrupts the fat and protein metabolism. Cells fail to absorb sugar, fats, and amino acids, which in turn increases sugar, fat, and amino acid levels in the bloodstream. It can plainly be said that diabetes complications originate from an increase in fat levels, not sugar levels, in the blood. Additionally, diabetic disorders in fat metabolism cause the lethal appearance of acid levels in the blood (acidosis) and vascular stiffness (arteriosclerosis). Decrease in protein-synthesis ability among patients with long-term diabetes leads to depletion of tissues and multiple cellular dysfunctions. Consequently, diabetes originating from insulin deficiency disrupts the fat and protein metabolism along with the sugar metabolism.

The pancreatic gland is where insulin is released in our body. The surgical removal of this gland in experimental animals showed that fat levels in their bloodstreams increased faster than sugar levels. In diabetics, fat around the abdomen and hips oozes into the bloodstream, thus leading to an increase in neutral fat (triglyceride) and cholesterol levels in the blood along with an accumulation of fat in the liver.

If fats remain in the bloodstream after nutrition, then they begin to adhere to vein walls which can cause clogging and stiffness in blood vessels. That is why it is crucial to transfer fat from the bloodstream to fat storage around the abdomen and hips by means of sugar and insulin. The storage fat is called neutral oil, or triglyceride. A triglyceride molecule contains three units of oil and one unit of sugar. Therefore, almost 25% of the fat storage is sugar. Without sugar supply from bloodstream, as in the case of diabetes, the cells which by default store fat are unable to do so. Diabetes, as a serious disorder, even reverses this mechanism: fats start moving from the storage to the bloodstream, not from the bloodstream to the storage. This causes the surge of all fats including the triglycerides, cholesterol and phospholipids, and this is when the body becomes even more prone to disease.

Obesity or excessively fat-based (steatopygic) diet is one of the main causes of diabetes. People are already overweight before the disorder strikes. However, if they do not receive treatment after contracting diabetes, the diabetics start losing weight quickly and more than they should. This happens because relatively harmless fats in storage start to dissolve into the bloodstream. 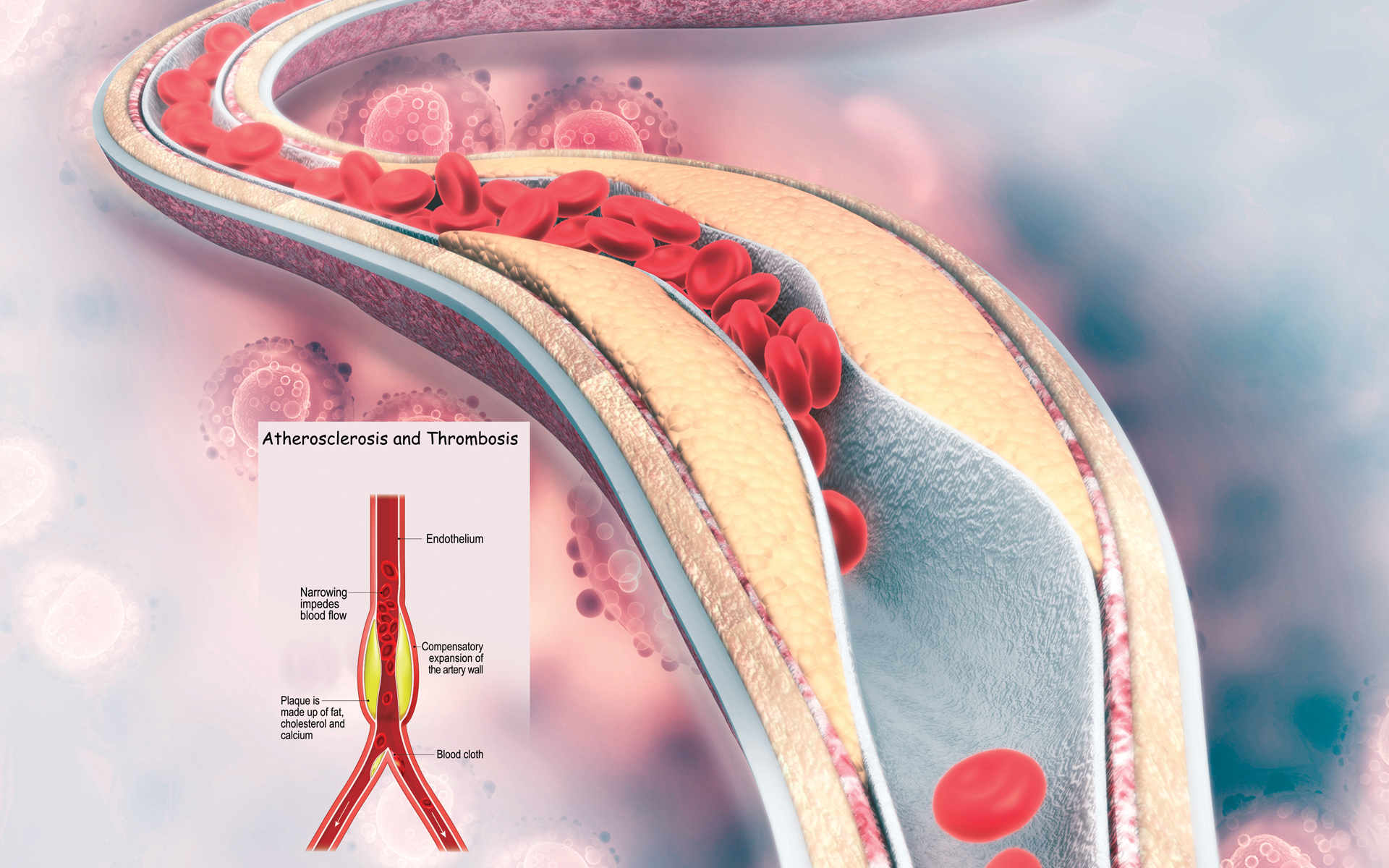 The entity called metabolic acidosis, which can cause coma and death in diabetics, actually originates from the surge of fat products in the blood and the liver, not from the surge in blood sugar. In diabetics, when the cells cannot use sugar, they resort to obtaining their energy from fats. Consequently, stored fats start to dissolve and ooze into the bloodstream. Fats traveling to the liver through the bloodstream turn into acidic substances called ketone bodies (acetoacetic acid, beta hydroxy butyric acid, and acetone). These acidic substances pass from the liver to the bloodstream and are received by the cells to meet their energy needs. However, in diabetics, cells cannot convert these acidic fat products i.e. ketone bodies, into energy. Oxaloacetic acid from sugars is required for the energy production cycle called the Krebs cycle. In short, humans need sugar to burn fat. This is why it is normal for some people to feel the need to eat something sweet after a fatty meal, because they need sugar to dissolve the fats in their bloodstreams. Since the cells cannot draw sugar from the blood, they suffer from the deficiency of oxaloacetic acid to convert fats into energy. Fats and ketone bodies teem in the bloodstream and, since ketone bodies are acidic, they can cause acidity levels to surge to extremely high levels in the bloodstream which can result in a coma or even sudden death. The lethal substances here are not sugars but ketone bodies, or fat products.

The most crucial abnormality caused by diabetes is vascular stiffness (arteriosclerosis), which originates not from excess sugar but excess fat in the bloodstream. In diabetics, triglyceride, cholesterol, and phospholipid levels increase in the bloodstream due to the reasons described earlier. Fats in the bloodstream do not circulate freely; they are carried in micro-droplets called lipoprotein. The liver loads the fats onto lipoprotein “trucks” and sets them into the bloodstream to be used by the cells. However, due to insulin deficiency in diabetics, lipoproteins cannot empty their shipments of fat into fat storages. The most dangerous lipoproteins for vascular stiffness are classified as LDL (low-density lipoprotein) and HDL (high-density lipoprotein) types. HDLs are like empty trucks specially produced by the liver, which dispatches them into the bloodstream. While circulating in the bloodstream, these “trucks” collect the fat and cholesterol stuck on the vein walls like magnets and, after cleaning the inner vein walls, they return as loaded trucks back to the liver. Using the HDL “trucks,” the liver removes fat from the bloodstream. Physicians gauge the LDL and HDL levels while checking their patients for the risk of vascular stiffness. An increase or decrease in LDL rate is not good for patients, whereas high HDL rate is a positive sign.

Other causes of vascular stiffness include lack of exercise, sedentary life and work habits, smoking, alcohol consumption, obesity, overconsuming foods rich in animal fat, and high blood pressure. Vascular stiffness is one of the leading causes of cardiac dilatation (enlarged heart), cardiac insufficiency (heart failure), and heart attack. In addition to these complications, vascular stiffness may also lead to high blood pressure, cerebral hemorrhage, paralysis, kidney failure, and vascular occlusion in the brain or other organs. If not treated, almost all of these disorders result in death.

Diabetics should follow an effective treatment regime to keep their blood sugar level under control. Fasting is known to be beneficial for controlling blood sugar. If blood sugar is normal, the fats in the bloodstream will move to the storage and not damage the blood vessels. Among the elderly and the obese diabetics, any damage originating from high blood sugar does not surface immediately, and this may mislead patients. It is extremely crucial to check blood sugar in order not to fall into this error. Treatment should never be neglected. If blood sugar can be effectively reduced, it is not right to give up sugar completely in the diet. As mentioned earlier, humans need sugar for storing fats or converting fats (or ketones) into energy in the Krebs cycle.

In short, high blood fat is a more serious cause of diabetes than high blood sugar.