In the language of Sufism, tahqiq (verification) means that not only does an initiate who has almost come to the final step of the journey know the Unique, Eternally Besought One with His Existence and Perfect Attributes in accordance with the Qur’anic presentation of Him, but also that the truth of Divinity is felt beyond all concepts of modality and His special manifestations in the individual’s consciousness and other spiritual faculties. Those who have found the truth and reached this level continue their journey in the horizon of journeying in God or journeying from God, according to their capacity, without suffering doubts or hesitations any more. They are no longer exposed to any feelings of being eclipsed by God’s permission, for they see by God’s Seeing, hear by His Hearing, and feel everything in the light of His Attributes. In other words, such heroes of verification are always on the way to God and live for His sake and feel His constant company. This is a rank which is regarded as the rank of being loved by God and implies a special favor of the All-Beloved. One who has attained this rank is loved by the Almighty and, as a reflection of this love, by the inhabitants of heaven and by people with sincere hearts on the earth. The visible sign of this invisible Divine love is attachment to the performance of supererogatory acts of worship in addition to faultless performance of the obligatory acts.

Lovers of truth who perform the obligatory acts of worship perfectly and punctually, later making up those which they were not able to perform at the correct time with a serious, sincere feeling of remorse, and who feel great, heartfelt concern for the supererogatory acts, always feel the Ultimate Truth, always “see” Him, walk toward Him, and uphold truth in life. It is inconceivable that anything else save Him can find a way into such persons’ hearts and anything or anyone that is lovable from the heart can catch their eyes. Even if sometimes a mist may appear on their horizon, it comes and goes like the mists of spring, indicating new expansions of spirit. Such people always advance, whether they are in distress or whether they are rejoicing.

Ismail Haqqi Bursawi depicts such heroes of verification as follows:

The people of truth have clearly found in their souls,
that the Light of the Ultimate Truth is extremely near to the creation.
The Ultimate Truth declared: He hears by Me and sees by Me, for one that was created from water and dust has found His Light.
If that one of water and dust had not found that Pure Light,
the form of the meaning would not have been manifested so clearly.
Those people of the heart who have found the Light
belonging to neither east nor west
have become the lamp of this Light.
The people of truth have found Unity in multiplicity,
they are safe and secure, and in prosperity.
O Haqqi, submit to the Ultimate Truth and commit your affairs to Him,
then you can find the One Who does whatever He wills,
how excellent a Helper He is.

From another perspective, verification denotes that initiates deepen their belief with the knowledge of God and their knowledge of God with the love of Him, and pursues only God’s approval and good pleasure in all the stations that they call at according to the horizon of each station. This exalted truth is felt differently at each step of the spiritual journey. For the belief, knowledge, love and yearning of each traveler is in direct proportion with the individual’s certainty and gradations in belief, knowledge and love of God, and the spiritual pleasures are the results of gradations in verification. Belief based on theoretical knowledge, no matter how strong, cannot be, as stated in the saying, Hearing something is not like seeing it, like certainty based on the vision and spiritual discovery of the unseen object of belief and certainty with its signs. Such certainty cannot, likewise, be the same as a perfect conviction that has been deeply ingrained in the heart and become a part of human nature. Theoretical knowledge can only be “a capital of scant worth” (12:88) even though it is expected that Divine grace may come to its help on the way to verification. It is possible to bring certainty based on vision and spiritual discovery to fruition with the munificence of the All-Munificent One, despite such certainty being relative. As for perfect conviction, it is the pure fruit, even the juice, that the rays of His Existence have first annihilated and then given a new existence to with different characteristics. There is reference to the beginning of verification in Prophet Abraham’s appeal, “My Lord, show me how You will restore life to the dead,” and to its perfection in his expression of the reason why he made such an appeal, “So that my heart may be at rest” (2:260). We should point out here that it is not possible for us to understand either the certainty of this noble, great Messenger that came from his knowledge, or his certainty that came from his observations and seeing, or his certainty that came from his experience. We can only cite him as an example in order to offer a point of comparison and a perspective that will enable us to explain the subject matter. Our Prophet, upon him be peace and blessings, stresses this fact by declaring, We are more liable to such a doubt than Abraham [1]; lest doubts appear in people’s hearts concerning the certainty of Abraham in particular, and the certainty of all the Prophets in general. Everyone has a relative horizon and final point of certainty particular to their individual capacity, and everyone needs rest and contentment according to their individual horizon. The smallest degree of certainty of a Prophet is much greater and stronger than the greatest degree of the most spiritually advanced of all other people. 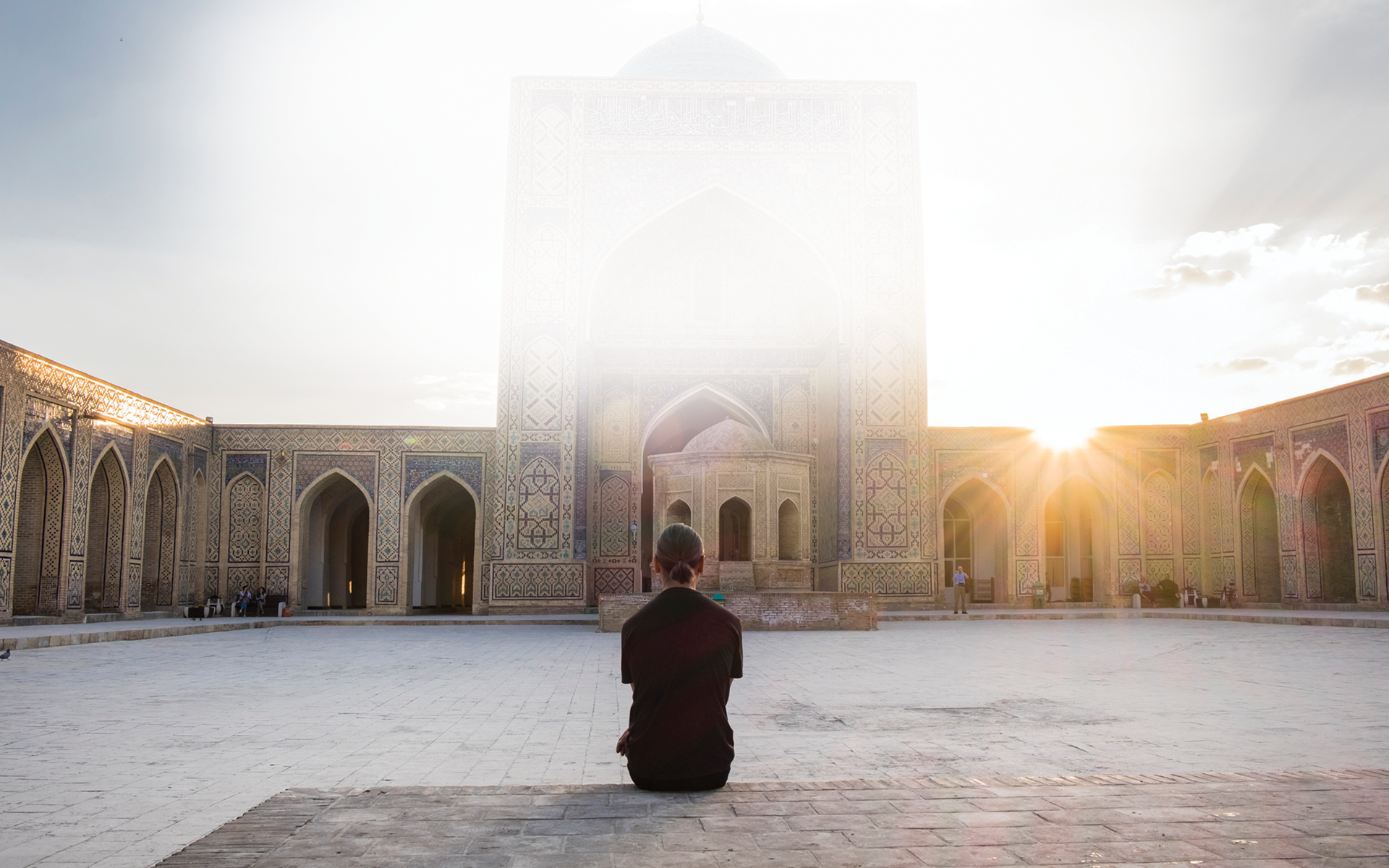 The heroes of verification turn to and concentrate on the Divine Being alone with their belief, love, yearning, zeal, and spiritual pleasure. Accepting His approval and good pleasure as their sole aim, they never consider the blows of Majesty as a cause of suffering nor the breezes of Grace as a means of joy. In their view, whatever comes from Him, be it retribution or favor, is the same.

They consider all His treatment of them as a necessity of being on the way to Him and, without becoming entangled therein, regard everything apart from the true goal to which they have been dedicated, as a transient shadow, and are resolved to reach Him.

Heroes of verification bear all suffering, resist all carnal impulses and meticulously observe the religious orders and prohibitions. They rise without stopping toward heaven with “He” as their sole goal. They feel that they are welcomed with a new contentment at every turn and with a different manifestation of Divine approval at every station. They feel the following melodies echoing in their outer and inner senses:

A call has come to me from the Ultimate Truth:
“Come, O lover, you have intimacy with Us!
This is the station of intimacy;
I have found you a faithful one!”
(Nasimi)

This is truly such a rank that one who has reached it feels that his or her belief comes from Him, just as his or her knowledge, love and zeal also come from Him. What confirms these feelings is the impressive acknowledgment (2:32), All-Glorified are You, we have no knowledge except what You have taught us, and the sole truth felt in consciousness is, He is the All-Permanent, the Eternal, the Perpetual. Many diverse things catch the eyes and ears until they reach this rank. However, when the steps end here and the state is transformed into a station, human nature melts away voicing (40:16), All the commandment belongs to Him Who is the One, the All-Overwhelming, and the truth (55:27), There remains forever the “Face” of your Lord, the One of Majesty and Munificence, echoes from all sides. The human logic which has divided time into the past, the present and the future, becomes lost in the truth, You are the First, there is nothing preceding You; You are the Last, there is nothing to succeed You [2]. It even occurs that the consciousness makes the initiates’ relative existence sink into oblivion and allows them to feel deeply the meaning of “There was God without there being anything that existed with Him” [3]. They whisper, “Neither union nor incarnation is true; the true existence belongs to You only, and all else is a shadow of Your Light,” and feel honored by being attributed to Him. In their modesty, humility and feeling of nothingness, they taste in their spirit the virtues of being favored with being the best pattern of creation.

O God! I ask You for Your forgiveness, health, and Your approval, regard, breezes of favor, and friendship, and Your love and company! And bestow blessings and peace on our master Muhammad, Your servant and Messenger, and on his Companions who loved You and whom You made near to You.