Freedom of Religion and Apostasy: Addressing Tensions Between Ethical and Legal Perspectives in Islam 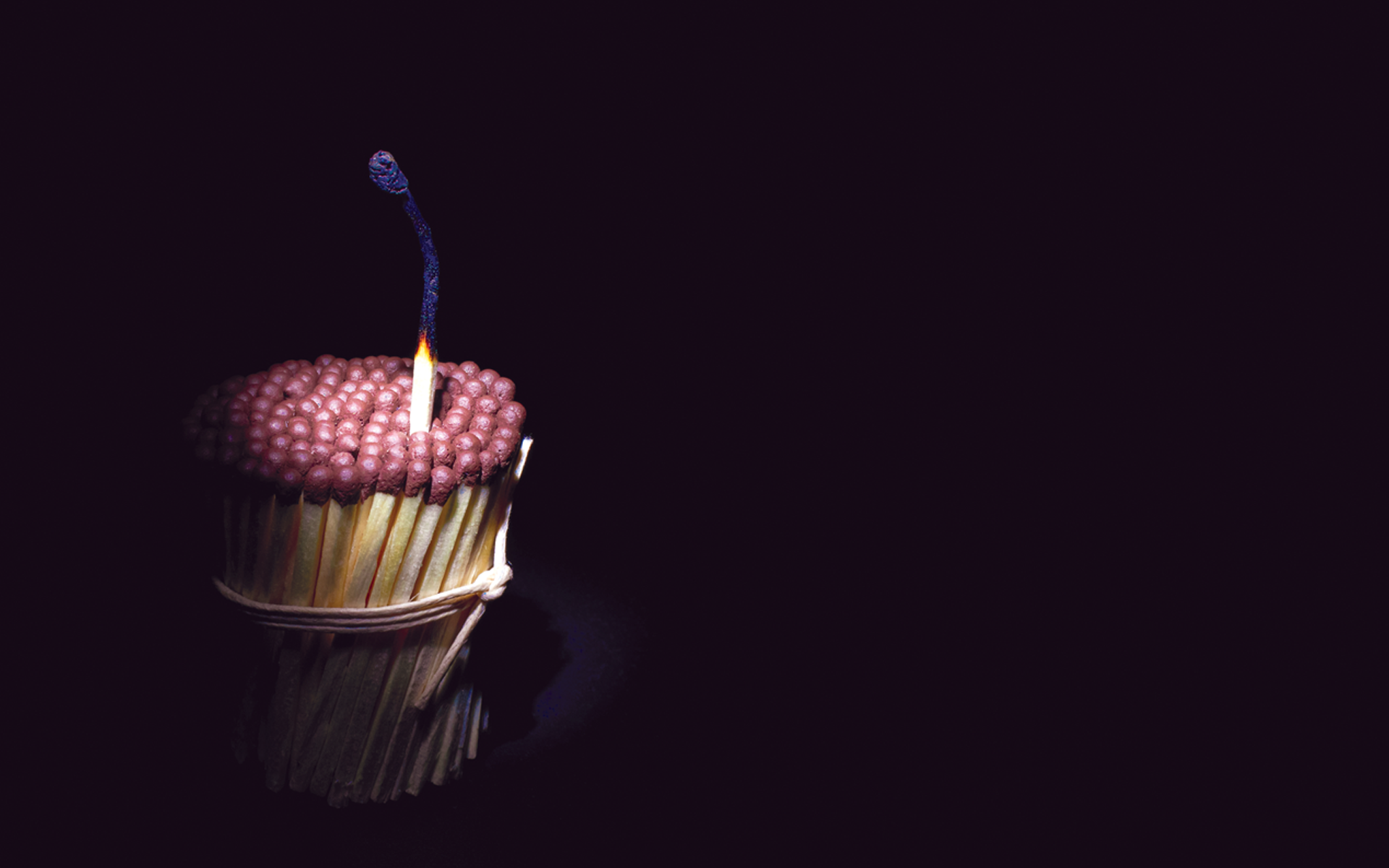 Addressing Tensions Between Ethical and Legal Perspectives in Islam

The way we understand the state, religion, individual, and how they are related to one another is much different now than how we conceptualized them in premodern times. Today, political alliances are characterized much less in religious terms than they were before. While secular states allow members of all faiths, including Islam, to freely practice their religion, renunciation of one’s faith is no longer considered as renunciation of political authority [1].

These new circumstances magnify the tension between the principle of freedom of religion, which is essential in Islam, and the historical punishment for apostasy. Tensions and crises such as these urge us to re-examine some former views on certain rulings to be able to be better aligned with the spirit of faith.

Jurist opinions for the punishment of apostasy were issued in contexts where religious and political affiliations often overlapped. Battles were fought along political lines, which were often religious fault lines, too. Hence, apostasy often amounted to treason, at least in the eyes of the jurists of the time. In other words, these verdicts were political in nature, despite being issued by religious scholars. Religious scholars issued these verdicts because of a lack of separation of political and religious concerns. We propose that these considerations require a categorization of the concept of apostasy into passive or religious apostasy versus active or political apostasy.

Examination of the primary sources and the formative period of Islam reveal that the Qur’an does not specify any worldly punishment for religious apostasy. Religious choice is treated as a matter between the person and God, and that any reward or punishment in this matter is reserved for the Hereafter. Secondly, none of the three sayings of the Prophet Muhammad (pbuh), or hadith, that pertain to apostasy specify a punishment for passive apostasy. We must note here that one among these hadiths is an isolated report (khabar al-wahid), not a mass-reported one (mutawatir), and it does not specify the nature of apostasy and the context in which this hadith was said indicates active or political apostasy. In the Prophet’s (pbuh) practice, we see that individuals who simply renounced their faith but did not join the enemies of Muslims were not punished.

Finally, the first caliph Abu Bakr’s waged war on those Muslims who refused political alliance or to pay taxes, despite remaining Muslims, demonstrates that the worldly punishment for apostasy during earlier times was a political punishment for political crimes and that from a religious standpoint everyone is free to embrace, practice and leave any faith.

Irtidad, the Arabic term for apostasy, means to retreat, to return, or to leave. Apostasy in English may refer to renouncing a religious or political belief. Similarly, in Islamic history we observe that the term murtad is used for both religious and political apostates. The tension that we observe today arises precisely because the two implications of the term have not been separated historically. But we propose two new terms to clarify the question: “Passive,” or purely religious apostasy and “active,” or political apostasy.

Freedom of religion is essential in Islam

From an Islamic point of view, to consider religious apostasy a capital crime is against the fundamentals of the religion; it goes against the letter and spirit of several verses of the Qur’an, such as ‘There is no compulsion in religion,’ (al-Baqara 2:256) and ‘Let those who wish to believe in it [the truth] do so, and let those who wish to reject it do so,’ (al-Kahf, 18:29). Furthermore, no worldly punishment for apostasy is mentioned anywhere in the Qur’an.

In the Qur’an, the word radda, with its derivatives, is mentioned 59 times [2]. In many of these verses, the Qur’an talks about the efforts the idol worshippers and the People of the Book made in order to turn Muslims from their religion [3]. The primary verses about believers turning away from faith are as follows:

“Whoever of you turns away from his Religion and dies an unbeliever those are they whose works have been wasted in both the world and the Hereafter, and those are the companions of the Fire; they will abide therein.” (2:217)

“On the Day (i.e. the Day of Resurrection) when some faces turn bright and some faces turn dark. And as to those whose faces have turned dark (they will be told): "What, did you disbelieve after having believed? Taste, then, the punishment because you used to follow the way of unbelief!” (3:106)

In none of these verses, which refer to religious apostasy, not to active political apostasy, is there any mention of worldly or punitive sanctions. The sole responsibility of the murtad or apostate is toward God.

In verses where a worldly punishment is mentioned, for instance in Maidah 5:33, it is clear that the crime is not religious apostasy, either through the wording or through contextual analysis.

The Prophet’s sayings and actions

The traditional position that irtidad is punishable by death in Islam is an ijtihad (scholarly opinion or interpretation) that is based largely on a few isolated hadiths:

The first hadith is ahad [6]; i.e. it is narrated by only one person, namely Ibn Abbas. For the hadith to necessitate the death penalty for apostasy when the Qur’an provides no form of temporal punishment whatsoever, the hadith should at least be mashhur [7], or reported by multiple sources [8]. What is more, this hadith is being reported in reference to a few individuals who were actively involved in political apostasy, and provoked and allied with enemies to fight against the Muslim community. It has to be noted here that some of these individuals, like Abdallah b. Abu Sarh and Abdallah b. Hatal, said they repented, after which they were forgiven.

There are a number of versions of the second hadith. The one narrated by A’ishah sheds light on the probable intention of the Prophet (pbuh) in his original saying. While the version given above prescribes temporal punishment for “the one who turns renegade from Islam (apostate) and leaves the community of Muslims,” A’ishah is more specific. Her version states: “And a man who leaves Islam and engages in fighting against Allah and His Prophet shall be executed, crucified or exiled [our italics]” [9].

Reading the first version in light of the second it is apparent that it is the treacherous “fighting against” Allah, his Prophet (pbuh) and the Muslim community that is punished, not the mere renunciation of faith [10].

As for the incident concerning some people from the ‘Uraynah tribe, and the associated verse 5:33, they received capital punishment for murdering the innocent shepherds and stealing public property. This incident is one of murder, robbery, and mutiny rather than a mere renunciation of faith.

When we consider early Islamic history we see that individuals and groups who left the fold of Islam were not only leaving their beliefs but were almost always also joining groups that were actively waging war against the Muslims. As a result, the form of irtidad, which was punished in the time of the Prophet (pbuh), was one that involved high treason, not the form of irtidad which was a mere renunciation of faith. There is no record of any person being punished with death for simply renouncing his Islamic faith during the time of the Prophet (pbuh). To the contrary, there are two incidents of individuals, who merely renounced their faith, and did not join active enemies of Muslims, and they were not punished at all.

The following is an account of the first incident in Sahih al-Bukhari:

There is no indication that this individual was punished in any way.

As this incident shows, the Prophet (pbuh) considered the Bedouin’s renunciation of Islam as a matter of free will and personal choice; the Bedouin was permitted to leave Medina without any repercussions whatsoever.

The second incident involves an individual named Mikyas b. Hubabah. He became apostate after accepting Islam and returned back to the Quraysh. There is no record of any punishment for Mikyas either [11].

After the Prophet’s (pbuh) time, apostasy continued to be almost inseparable from treason. During the rule of Abu Bakr, some groups abandoned Islam and rose against the central government; while some were renouncing their faith they were also engaging in political acts of rebellion against the state. Punishments inflicted on such people at that time, and in other eras when comparable political conditions prevailed, were effectively punishments for high treason, not for the renouncement of religious beliefs.

The incidents involving groups or tribes who did not renounce Islam but nevertheless engaged in political crimes are particularly illuminating. These groups, who, for instance, refused to pay taxes, as was the case with Malik b. Nuwayr, or claimed caliphate of their own, as in the case of a Bahraini group led by Munzir, or actively fought against the governor sent from Medina, as was the case with Ash’as b. Kays of Yemen, were treated as traitors and Abu Bakr waged war on them despite the fact that they still believed in God, accepted Muhammad (pbuh) as Messenger, and even continued to pray the five daily ritual prayers. In the second and third cases, the group leaders apologized and were pardoned. In the first case, the group leader did not repent or apologize and was executed.

Additional evidence from schools of jurisprudence

According to the Hanafi school of jurisprudence, a woman apostate is not punishable by death because she cannot take up arms against Muslims. In addition, in many books of jurisprudence, we find that the matter of irtidad and associated punishments has been considered by scholars as a political issue and classed under international relations and the measures to be taken during times of war.

We have drawn evidence from three domains in support of our position on apostasy: the Qur’an, Prophetic sayings and practices, and the practice of caliph Abu Bakr.

We propose that there is a need to categorize the concept into notions of passive or religious apostasy versus active or political apostasy.

The Qur’an does not specify a worldly punishment for religious apostasy. Prophet Muhammad (pbuh) never punished any individual for renouncing their faith nor did he call for such a punishment. Caliph Abu Bakr ordered the same punishment for crimes that amounted to political treason regardless whether they renounced Islam or not.

Taken together, these pieces of evidence make it clear that the death penalty was for active or political apostasy, or political high treason, and not for religious apostasy, which one’s renunciation of his or her faith.

This case study is also relevant for a methodological framework to address the tensions that emerge between legal verdicts issued in the past and ethical stances. Unprecedented circumstances urge us to revisit and reexamine the positions on legal issues in the light of the spirit of our faith. The combination of a holistic and honest look at our religious sources, an inquiry into the spirit of the faith and the intent of “the Author” is likely to guide us in resolving these tensions.