Nizamiye: Reviving the Role of the Masjid 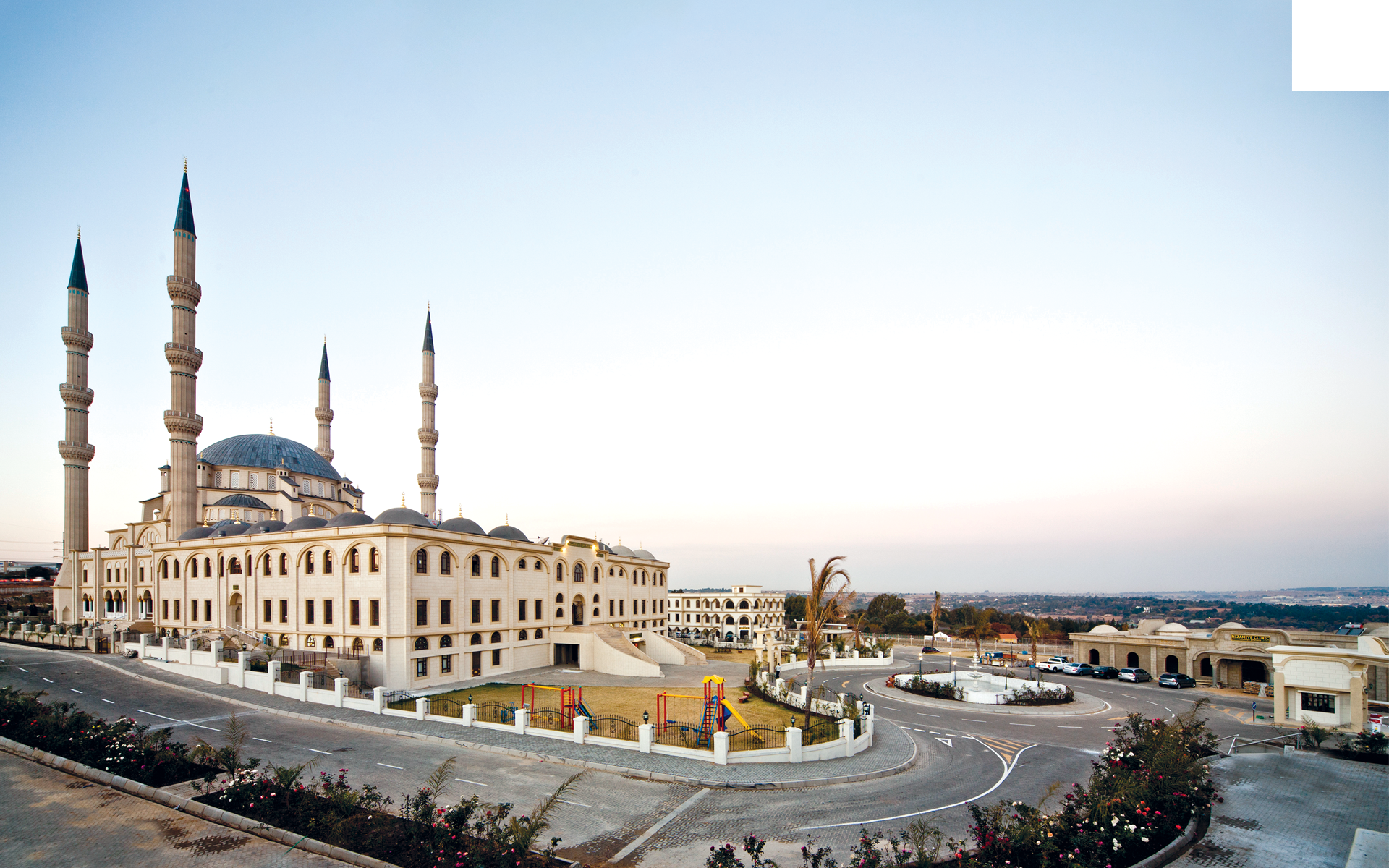 Travelling North on the N1 between Pretoria and Johannesburg, the busiest motorway in South Africa, the familiar green and purple glow can be seen in the East as one approaches Midrand, a strategically situated midway between South Africa’s capital city and its financial hub. Now a landmark, it is perhaps the most striking and iconic feature in the Midrand skyline. Perched atop a hill, the majestic sight has become a calm, steadying presence for many.

The Nizamiye Mosque Complex, which was inaugurated by former President Jacob Zuma in 2012, remains an architectural wonder; its intricacy and exquisiteness convey a labour of love. The thought and care that were poured into its planning, construction, and even site choice resulted in a setting that is so sublime that one immediately feels it welcoming them into an atmosphere that is most conducive to establishing communion between the Creator and creation.

I had a highly refreshing and pleasant experience during a recent visit to the Complex. Apart from being enveloped by a deep sense of serenity and spiritual joy, I was overwhelmed by an environment that was unreservedly warm, unrestrictive, and one that drew the visitor into its very heart. My afternoon at the masjid led me down a path of reflection about the true role of the masjid in society, as it relates to the mosque of the Prophet, the Masjid al-Nabawi in the blessed city of Medina.

The anatomy and function of Nizamiye is particularly interesting and unique within South Africa’s context. The complex houses various facilities and services that include a boarding school, clinic,  bazaar, a restaurant, a halal butchery, and a motley of stores. Collectively, these facilities have provided a central meeting place for the local community where older people can sip Turkish tea in between prayers, younger adults hang out, and children run around and play in a safe environment while their parents shop or chat.

The clinic has a particularly interesting and significant origin. Ali Katircioglu, the Turkish businessman and philanthropist responsible for the construction and financing of the masjid, was advised by former President Nelson Mandela to include a clinic in the complex, so that it could better serve the local community. Uncle Ali (as he is fondly known in South Africa) readily agreed.

The design and operation of the complex has ensured that respect, decency, and etiquette are observed and maintained without the atmosphere feeling stifling or restrictive. As a mother, it was especially comforting and heart-warming to witness children in a state of pure bliss while playing freely in the masjid courtyard and other open spaces of the complex. The culture of mosques in South Africa has evolved such that many restrictions prevail within other Islamic centres and are sometimes mistaken for being part of Islamic law. This has created a perception of the masjid as a place to be kept sterile and silent at all times and its role reduced to physical worship alone, which has caused decline in attendance over time. By contrast, the strong community centre aspect offered by Nizamiye is both appealing and comforting as well. 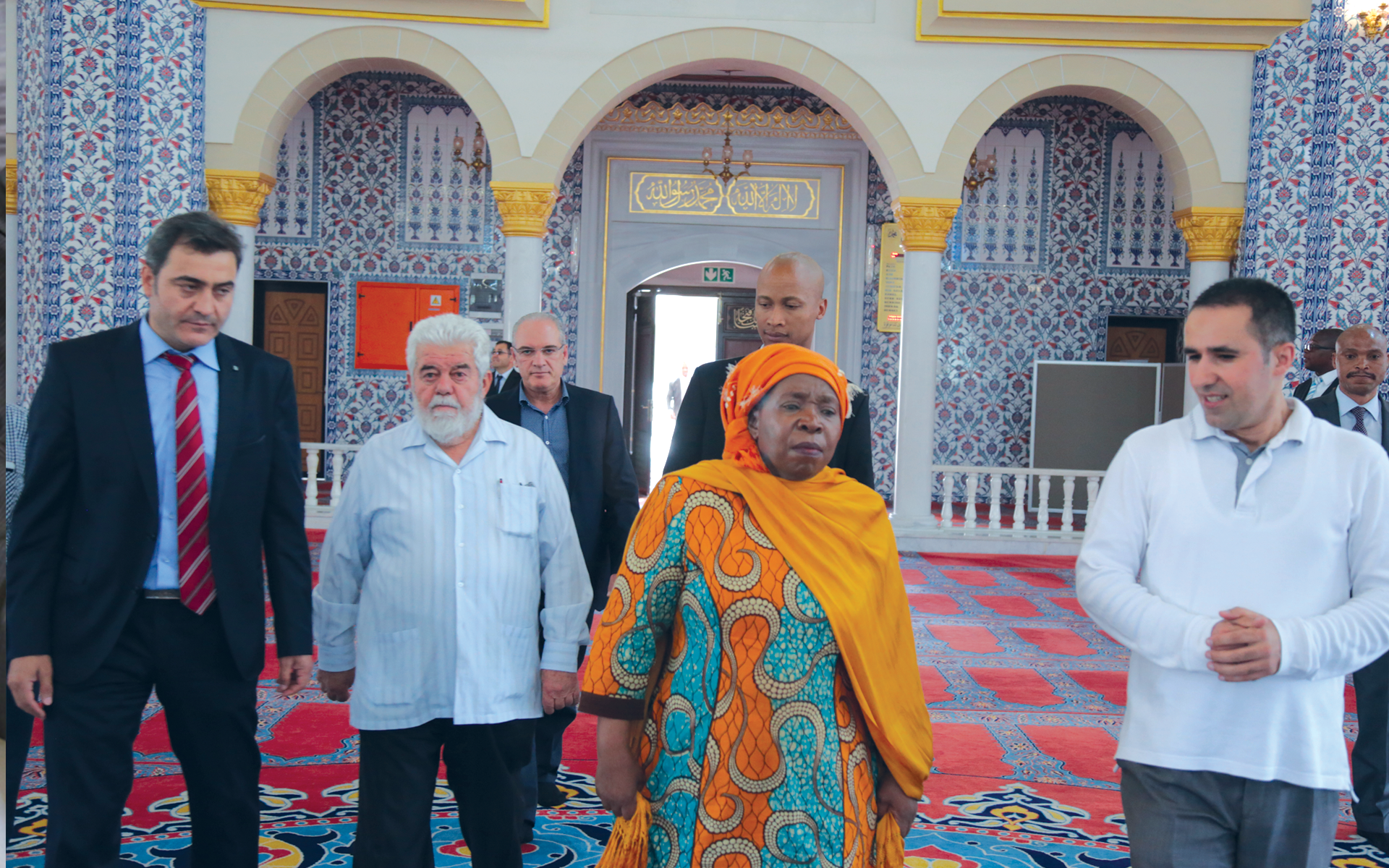 Ali Kervanci and his guests 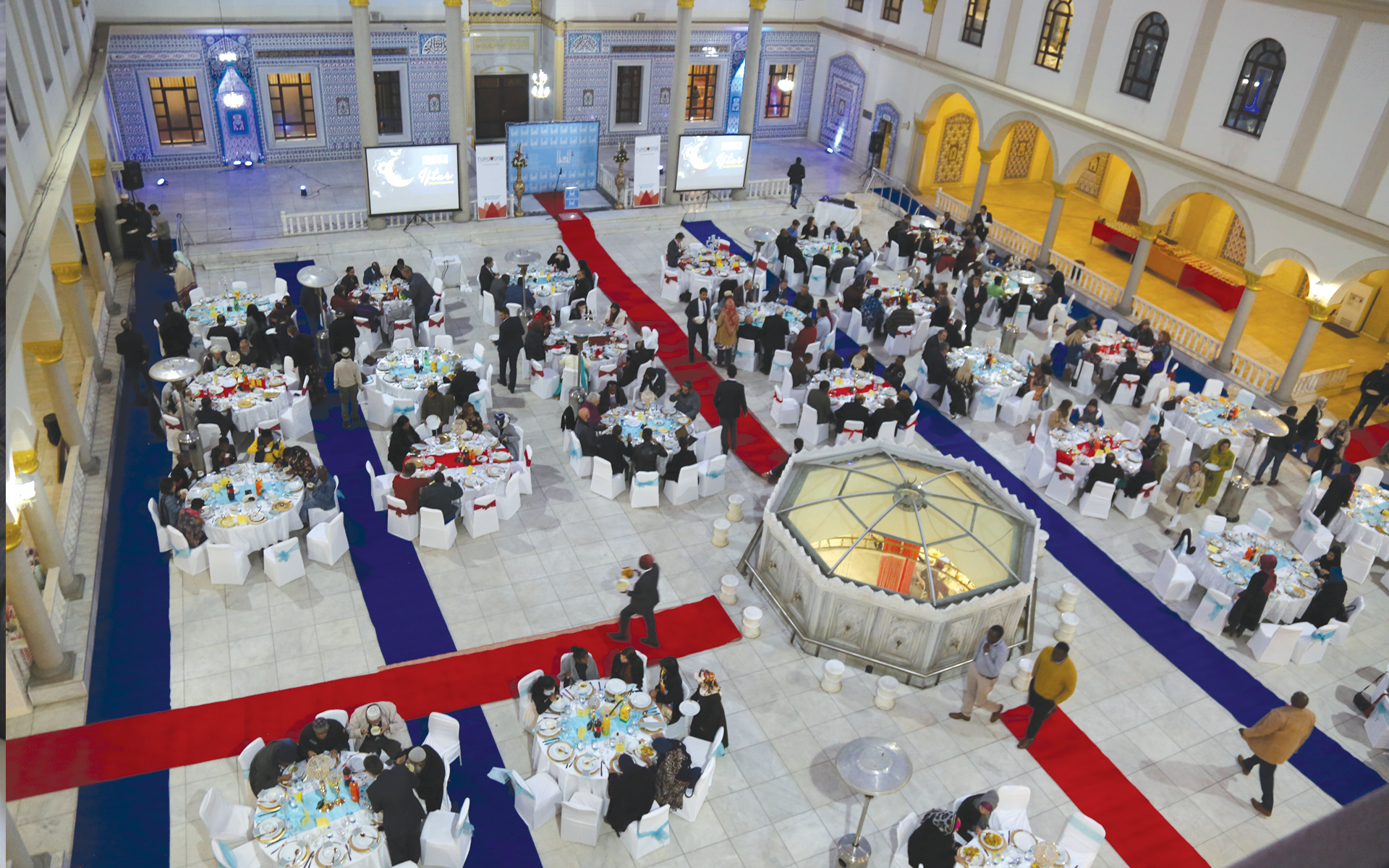 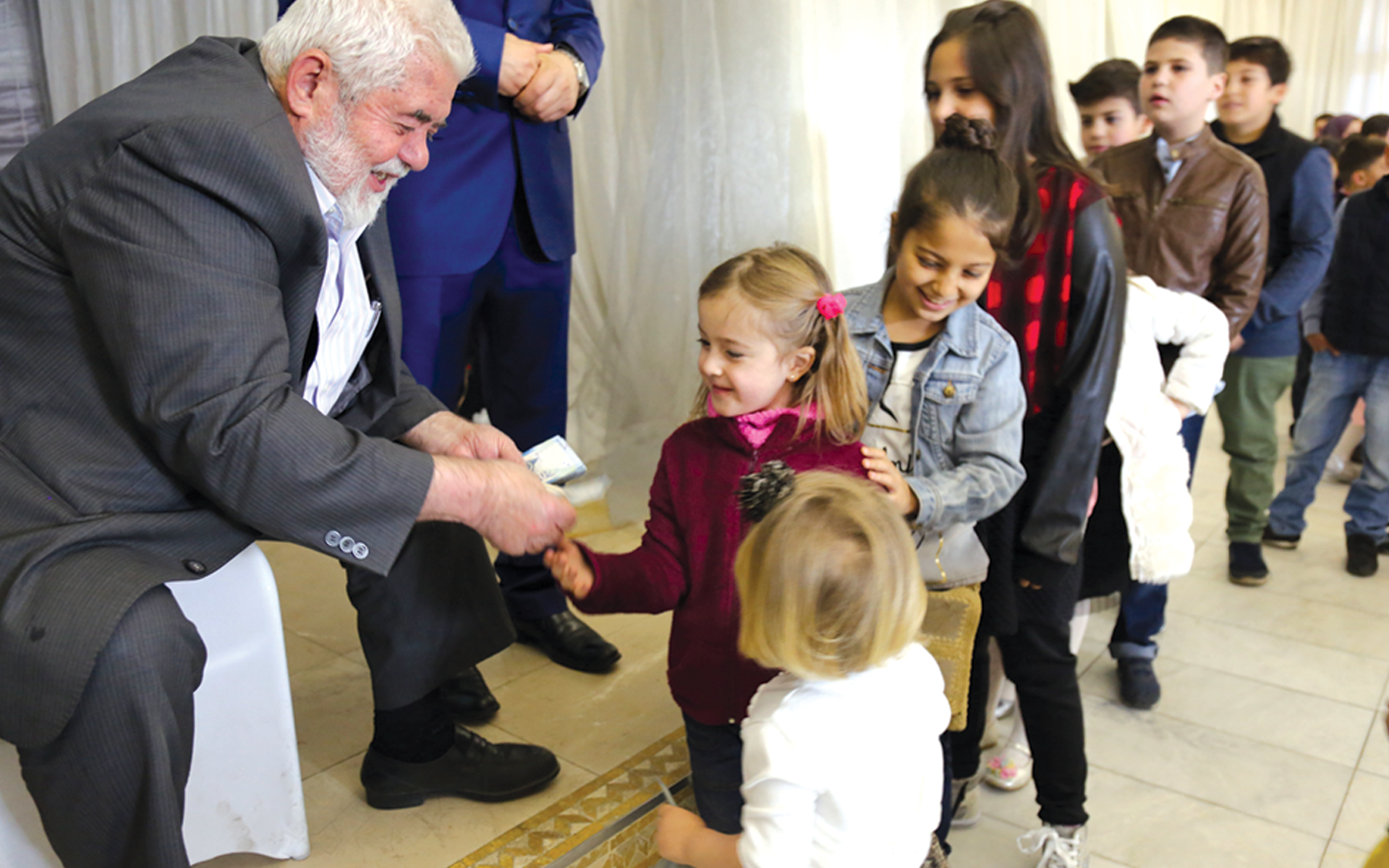 My visit caused me to reflect upon the Prophet Muhammad’s, peace be upon him, masjid in Medina and to ask myself a number of questions such as; what was the purpose of that first masjid? What is the wider role of the masjid in Islam and in society? Do masajid in South Africa truly realise these objectives and roles? In order to realize the great significance and value of the masjid in community-building, we must reflect on the Prophet’s very first task upon reaching the blessed city of Medina: the establishment of a masjid, a centre for and from where to build the first-ever Muslim community. This masjid environment was an active one, supporting the activities of the community, with the life of this emerging and flourishing community taking shape around this masjid.

Children are often being blamed for disrupting sacred rituals in mosques in South Africa and other countries, thus causing many Muslim communities to actively discourage them from going to the masjid. This is despite the historical fact that the Messenger of God engaged with children, entertained them, and even allowed his grandchildren to jump on his back when he prayed or to sit next to him on the minbar when he delivered a khutbah (sermon), in his original masjid. That first masjid catered to the medical needs of the wounded, served as a place where diplomats and dignitaries were received, and was a space for celebration and enjoyment. Once during an eid celebration some Ethiopian visitors were playing in the mosque displaying their skills with spears inside the masjid. The Prophet watched them with his wife Aisha as they played, and even asked Umar to leave them alone, when he wanted to stop them (Bukhari).

South African Muslim communities must guard against defining the masjid through a narrow lens that strays from the original model of the masjid. We have already witnessed in some communities that the imposition of such restrictions has caused some masajid to lose their value to, and impact upon, the members of those communities. This is especially the case in a country where Muslims are a minority and the masjid needs to function as a source of nourishment, like a heart pumping blood into its community. The Nizamiye founders recognised this vital role of the masjid and the complex in Midrand has realised the masjid’s potential to build community spirit and awareness. As a South African, I am truly humbled by the contribution made to this country by such an inclusive, open, and welcoming space.