Hirudotherapy: An Opportunity for Healing 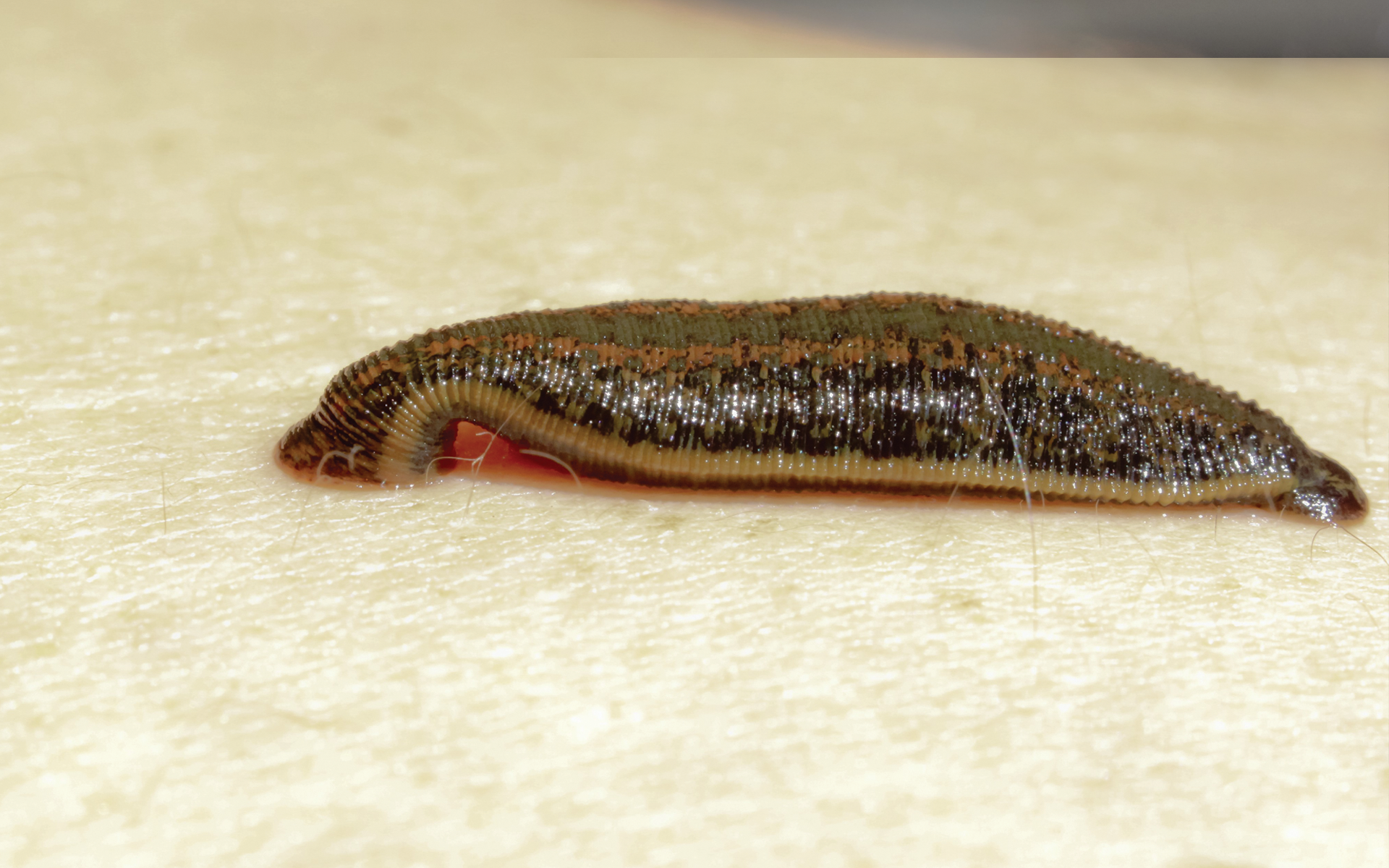 lllness is a part of our lives; but thankfully we are not left without remedy as long as we know how to search for it. As a matter of fact, the search for remedies for the troubles we’ve had has been going on since the day we were created, and the accumulated knowledge has emerged under different treatment methods. There are many applications known as traditional medicine, alternative medicine or complementary medicine and used in the prevention and treatment of some diseases. Acupuncture, hypnosis, cupping therapy, larval therapy, reflexology, ozone therapy, phytotherapy and hirudotherapy (leech therapy) can be considered in this category.

Sometimes, what may appear to be the most unlikely thing might be a source of healing, like medicinal leeches. Today, leech therapy is widely used in many countries, including the US, Canada, Germany, France, and the Netherlands; in Europe only, over 100 million leeches are used in treatment annually. Hirudotherapy has been known since the ancient times. Scholars such as Galen (130–201 AD) and Avicenna (980–1037 AD) benefited from leeches for treatment.

Although there are about 700 species of leech across 10 different genera, ranging from the Hirudinea (leeches) group to the annular worms (Annelida) branch, not all of them can be used as a means of treatment. Hirudo verbana, Hirudo medicinalis, Hirudo orientalis and Hirudo sucki genus, which are called medicinal leeches, are generally used for treatment [1]. Some leeches can cause Hirudiniasis disease, which often results in inflammation of the skin, ulceration, and continuous bleeding in forest villagers.

Hirudotherapy cannot be used arbitrarily. Leeches that attach to acupuncture points suck 20–60 cc blood for 10–20 minutes. The main effect of the treatment is not the removal of blood by the leech, but the secretion of some substances by them while sucking blood. Medicinal leeches such as H. medicinalis and H. verbana help in the treatment of various diseases such as varicose veins, reconstructive surgery, wound healing, migraines, fibromyalgia, retinopathy, osteoarthritis, cellulitis, and especially muscle and joint pain.

Samreen et al. treated a patient with peripheral artery disease, which can lead to death as a result of blockage of the arteries in the arms and legs, with Hirudotherapy through a six-month treatment regimen with one-week intervals [2]. In regard to kidney disease that develops due to diabetes, there are also animal studies investigating the effects of the protein named Hirudin that is released from glands in the mouth of the leech that prevents blood clotting [3].

In recent scientific studies, it is emphasized that leeches used in treatment must come from hygienic production farms. Leeches collected randomly from natural environments may pose a danger depending on the condition of the region and the presence of heavy metals in the waters where they live, even if they are a type of medicinal leech. For example, Keser et al. stated that leeches collected from Karagol, Adiyaman, Turkey carried heavy metals such as cadmium, copper, manganese, nickel, lead, and zinc [4]. In another study, it was stated that leech therapy may cause skin conditions such as cutaneous lymphoid hyperplasia [5].

Leeches inject a secretion that contains about 20 different bioactive molecules while they suck a patient’s blood [6]. These substances have pain relieving, anti-coagulation, and thrombocyte aggregation features that prevent coagulation cells from collapsing and clumping. In addition, beneficial effects such as blood pressure balancing, acting as an antidepressant, antibacterial, and antioxidant have led to the widespread use of leech therapy (see Table 1). In addition to all these benefits, it is claimed that it also has muscle relaxant and nerve cell regenerative effects.

It has been reported that the active polypeptides found in the secretion of leeches are beneficial for fighting off inflammation in the cells lining blood vessels. Lu et al. also reported that leech liquid extract prevents the death of macrophage cells in the immune system and prolongs their lives, prevents foam formation, and acts like a drug against arteriosclerosis [7]. This extract obtained from leeches has been shown in experiments to prevent excessive cholesterol entry into vascular cells through the mechanism of Lipoxygenase 1 and Lipoxygenase XR-a, and it has been suggested that the severity of arteriosclerosis can be reduced by this way.

The area of the body that the leech will attach itself to should be thoroughly cleaned with antiseptics before leech therapy begins. The leech leaves this area of the skin after sucking blood for 10-20 minutes until its weight increases 2–8 times by absorbing water and salt from the blood. The leech that does not fall off on its own should never be pulled out by hand. After the leech falls, bleeding may continue for 4-10 hours as a leak. In some patients, skin side effects such as itching, small bubble formation, necrosis, and allergic reaction may occur. If the leech does not leave the place it sucked even after 20 minutes then 10% tartaric acid, saline, or vinegar should be used to coax the leech to release itself.

Medicine has begun to rediscover leech therapy, which has been considered as an outdated treatment method for years, but which has proven useful in the treatment of many diseases as a result of scientific studies.

This tiny creature is blessed with a razor-sharp jaw. With this jaw, the leech sucks our blood without hurting us by numbing it first and helps to empty the long-remaining dirty blood in the skin’s capillaries. Meanwhile, it injects around 20 bioactive beneficial molecules into our blood. These creatures, which we underestimate when we see them, are given the mechanism to produce a special local anesthetic and to produce anticoagulants to prevent our blood from clotting. If the leech does not undergo vomiting after sucking blood, then it can survive for six months without eating or drinking anything else. After absorbing this blood, the serum of the blood is separated in the organism of the leech (a process which is only possible with centrifugation in laboratories), stored in special pockets, and used as food when needed. Special bacteria called P. hirudinus, found in the intestines of leeches have the task to ensure that the blood absorbed by the leech is used efficiently. Long-term studies are needed to reveal how leech therapy can be curative in which diseases and how often it should be applied. Hirudotherapy is a treatment method that has less side effects than existing drug treatments; it is natural, economical and practical.