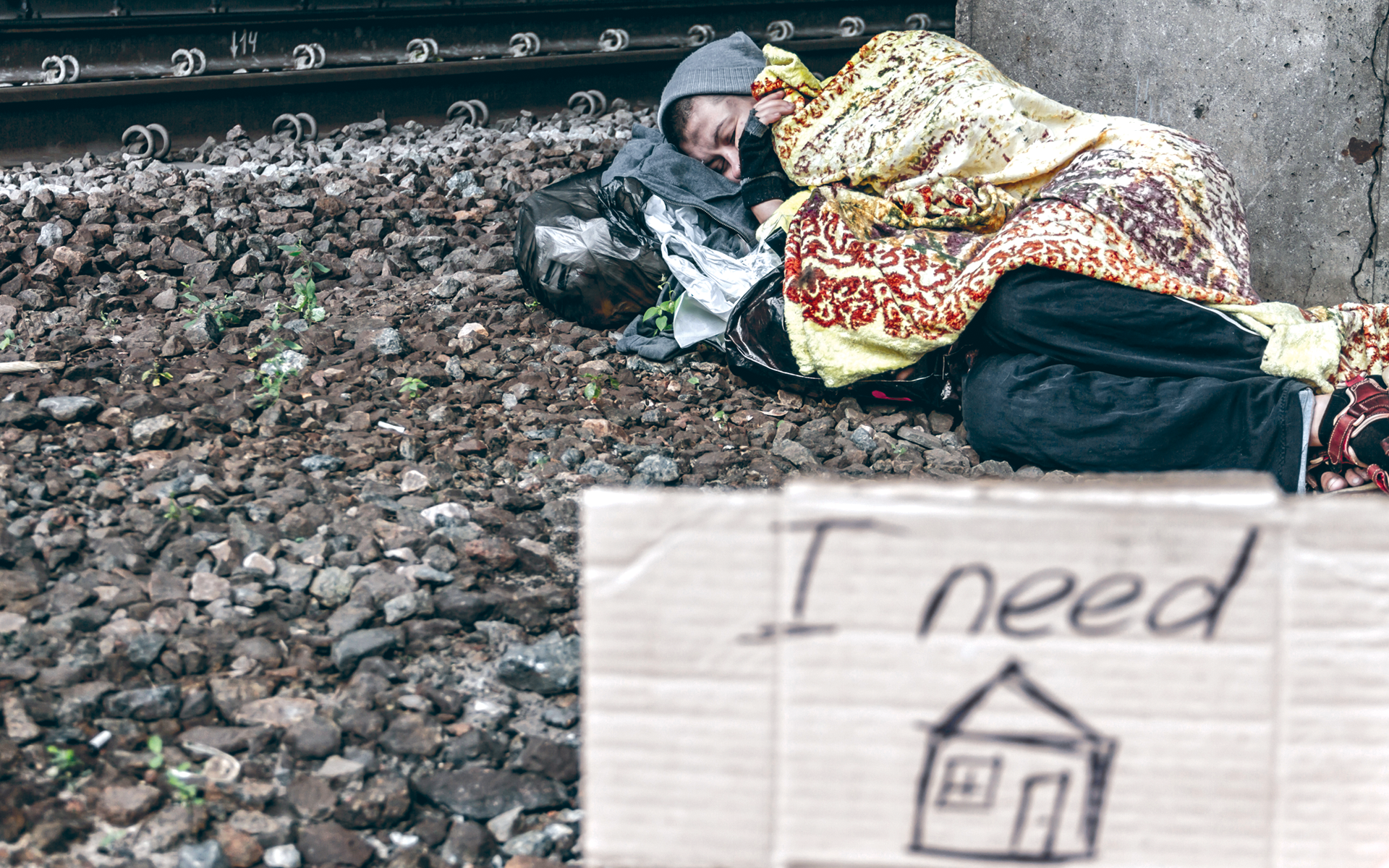 I packed up the car with as many of our belongings as possible, mostly blankets and clothes. I grabbed my Bible and flashlight and quickly put them into the glove box of my rundown car. I told my six children to get in the car and turned for one last look at the place we called home. I believe that people take a home, a place to belong to, for granted. After all, everyone has a house to live in unless you have been evicted and made homeless overnight. I got in the car and must have sat there for an hour before I started the car and drove off. The problem was that I had no place to go. If you want to know fear that cripples you quickly and without mercy then try being homeless, and you will realize that you belong nowhere.

It began to get dark and I hunted for a place out of sight where I could park the car and we could sleep for the night. The family shelters that exist nowadays were unfortunately not around in 1983. We ended up under a bridge in downtown Portland, Oregon. My hands were shaking badly, and my heart was beating wildly as the night grew pitch black. I felt so alone. I locked the car doors and, after my children fell asleep, prayed to God to keep us safe while we slept. I cried myself to sleep that night. A soft knock on the car window woke me up and I was startled to see two men looking at me. I yelled “what do you want,” without rolling down the window, and one of the men replied that they had food for us. They pointed in a direction and said food is being delivered with the truck over there to this bridge regularly to feed the homeless. I was so frightened of these two men; all they wanted was to help me and my children.

We must have parked there at night for about a week and a half until the police told everyone they could not park there anymore, and I never went back. I learned a lot from the homeless who had been fighting the battle against poverty for some time. Jack taught me about the garbage dump run early in the morning. It’s simple, you drive to grocery stores and jump into dumpsters and dig for food that the stores threw out. In other words, you fight the flies for dinner. I found moldy bread and cheese and expired food that had been tossed. Once in a while, and on a good day, we would walk away with doughnuts and pastries that my children and I really enjoyed.

Poverty is hard work and is absolutely not for the faint of heart. Every morning, you have to make your dumpster run in order to eat. You quickly move onto the gas stations in town while making sure that you never use the same one more than a couple of times.  Most people enjoy a hot bath or shower in the morning, however the homeless hope that the gas station has hot water or else it means washing up in cold water. You clean up and use the bathroom while hoping to go unnoticed by the attendants.  The children have been cooped up in the car for far too long now, so you head for a park and let them play for an hour of two.  After that, you grab garbage bags and walk all over for hours while hunting for cans and bottles to return for deposit. Yes, you used to get money for bottles and cans. I would often head to a payphone, a relic of the past, and call friends for help while crying my eyes out as I listened to excuse after excuse about why they could not help me. I called up the churches and explained that we were living in a car, and one time a pastor put us up in a motel for one night. Can you even imagine the sheer joy and excitement of a bed to sleep in, and to once again soak in a hot tub? That one night filled me with hope once again. We remembered what it was like to be normal. The homeless must hunt daily for a place to sleep at night whether it be under a bridge, a parking lot, a rest area, the list goes on and on. Poverty is a full-time job.

The rejection I experienced being homeless was overwhelming in that I was judged to be of no value or worth simply because I was poor.  I watched as people turned away from me and pretended that they did not see me. Most people crossed to the other side of the road in order to not get close to me if I held a sign out. Perhaps they assumed poverty was contagious. I clearly remember wondering on one cold night as I stood outside in a rest area while looking up at the stars, if I was even a human being any longer. The rejection I received from people, other human beings, forced me to wonder if I was somebody at all.  If it were not for an elderly woman who pulled into the rest area one day and saw us sleeping in the car then I might have never believed in myself ever again. She brought us food and even gave us a little money to help us out. However, the real gift she gave to me was when she dared to put her arms around me and give me a hug. “You are loved,” she said, as tears ran down my face.

After months of homelessness and struggles I received some help to escape poverty. How can I explain to someone who had not suffered poverty what joy fills your whole being when you realize hope is not dead? When out of the blue someone shows up to help and your whole life turns around for the better. I left behind the hunger and sense of lacking, as well as the pain you suffer when you’re poor. I ran from the battle, beaten down and injured badly from the war and questioned if my wounds from poverty would ever heal completely. Could I ever forgive the people who turned their backs and walked away from my family and I because we did not matter? Would any of us ever forget all the misery that is suffered as a result of being poor?  I decided to focus only on all of the people who cared enough to lift me up when I could no longer walk, to remember the love my family and I received while homeless, and the pain that I had experienced seemed to slowly fade away and be replaced with love.

We are sometimes asked if we should be grateful for the difficulty and hardship that we experience in life. I have given that question a lot of thought, and my heart screams loudly “yes, yes, yes.” This obviously sounds like an ironic response, however homelessness taught me that all human beings matter and that nothing in the whole world is as important as you and I are.  I am so grateful for learning this valuable life lesson, because I shall never question my worth again. I am somebody. In the pit of Hell where the homeless dwell strangers would reach out to lend a hand to someone in need. I learned about true love and kindness. If you are willing to help others and expect nothing in return, then you are a kind person with a heart full of love.  I came to fully understand the word compassion from all the caring human beings who reached out to me and my family. They helped me to reach out to others with the same compassion that was given to me. I am so grateful for that lesson because it has made me a better person.  I should mention being grateful for the opportunity to have these very special human beings who came into my life when darkness surrounded us, and their love brought in the light. I never knew such people existed. We should all be grateful that in our world we have people who run to those who need help. A mother, father, brother, sister, or even a stranger who will show up when you’re hurting and feeling lost. They are like a light from Heaven, someone that appears with their arms outstretched towards you saying, “I am here for you.” Why in the world would we not be grateful, for love is all around us?