The Removal of Cares 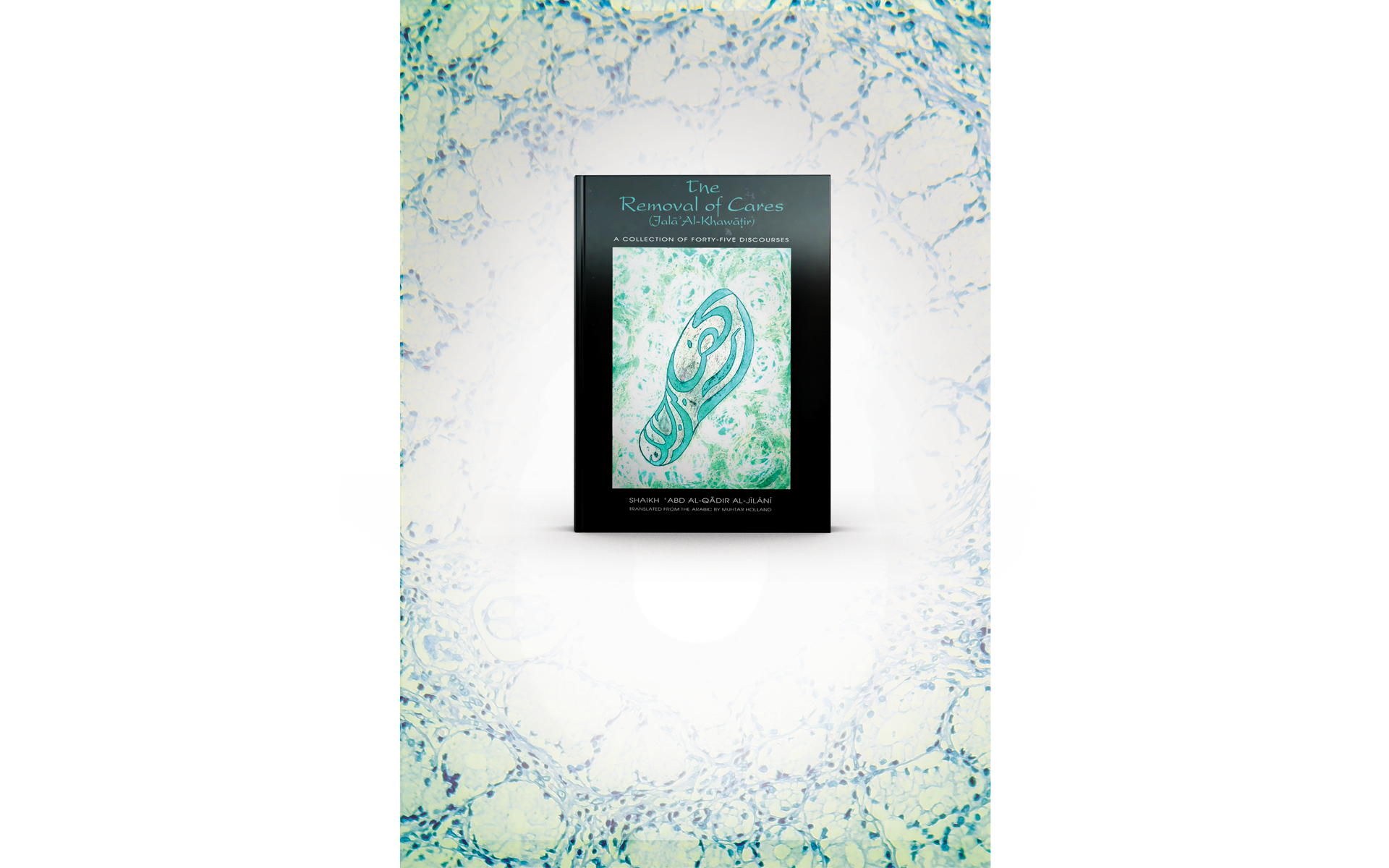 The Removal of Cares is a work comprising forty-five discourses written in the 12th century by Shaikh Abd al-Qadir al Jilani. It is said that God had bestowed upon the Shaikh an opening to his soul.

Translation from its original Arabic text was commissioned by Ruslan Moore and undertaken by Muhtar Holland, a British translator who died in 2010 and has certainly received his due blessing. This attractive volume is made available to us by Al-Baz Publishing, Inc., in Florida.

Thus, at the risk of reviewing a book that many may already have become acquainted with, it is with considered recommendation that this writer would humbly suggest a reading.

The forty-five discourses are related with soul-shaking acuity, which does not mean they lack beauty. All, or many, of our human frailties are addressed. In the First Discourse, for example, the Shaikh sheds light on envy, which he naturally considers a massive hindrance to the life of the spirit. The discourses continue in the same light (see Second Discourse in which the light of Allah is spoken of, and the Shaikh throws light onto just about everything that concerns the inner and outer worlds). It is not without reason that patience, trust, and sincere submission are all addressed, for these qualities are seen by the Shaikh as being absolute requirements for offering sincere worship to God.

A recurring theme throughout the book is the control of one’s lower self, the passions, the natural inclinations, the devil, the influence of this world, and the desires of the flesh – all lower forces that must be controlled and put into their proper place. The world is seen in much the same way as given in the testament of Christ who said: “…I am in this world but not of it.” This is not the stuff of otherworldliness, however, for one sees that the mystic, as opposed to often common understanding, deals with absolute reality. There is no escape from duty unless Allah wills otherwise after submission. We are admonished to abstain from self-will and personal preference, and refrain from idle fantasy.

These Discourses are strong meat and can be a bit challenging to digest at times. Even when read with a submissive heart and mind they are still a challenge, but somewhere within them is given the advice for coming close to God. May God bless those who find that advice, because Shaikh Abd al-Qadir al Jilani persistently maintains that all is dependent on the will of God, and God dispenses as He sees fit.

In conclusion I am convinced that these Discourses, together with the Holy Books and such works as Susila Budhi Dharma, rank high in the canon of spiritual guidance.

Al-Baz Publishing, Inc. is an enterprise of long and deserved standing, which gives benefit to the Spiritual Association of Subud as well as other charitable organizations.

For those wishing to sample the Shaikh’s discourses, Mr. Moore has also configured a website at www.al-baz.com/shaikhabdalqadir. You can view them at the link titled “List of books from which excerpts of the Shaikh’s works are presented” and from there choose any of the discourses from The Removal of Cares, Revelations of the Unseen or The Sublime Revelation, and several more works.