Owls are known to be a symbol of wisdom throughout history in ancient Greece, Asia, and America. They are also unquestionably mysterious predators. This mystery derives from the math they seem to be utilizing during the hunt: owls can use the parabolic system to spot their prey. This system is “...
01 May 2021 | Hakan Oztunc | Issue 141 (May - Jun 2021)
This article has been viewed 1281 times 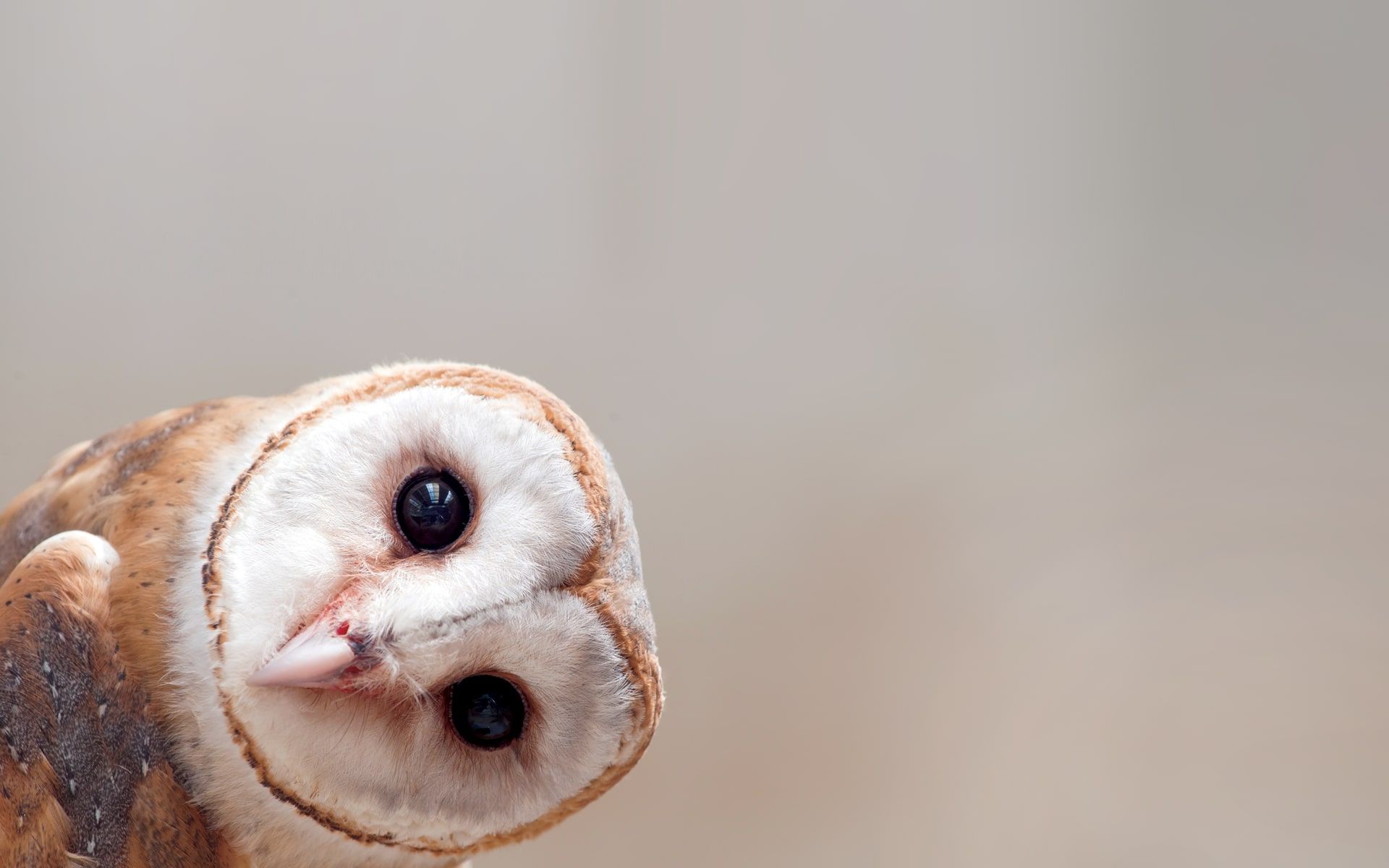 Owls are known to be a symbol of wisdom throughout history in ancient Greece, Asia, and America. They are also unquestionably mysterious predators. This mystery derives from the math they seem to be utilizing during the hunt: owls can use the parabolic system to spot their prey.

This system is “parabolic facial formation,” which is a unique feature of owls, and it describes the design of their faces by way of which they adjust to incoming sounds and catch their prey even in the darkest nights. This is the same formation in the structures of radio telescopes by which new planets are discovered in the depths of space. From hunting stars in outer space to how owls hunt at night, parabolas in mathematics guide us to understand some of the marvels in the universe.

Parabolas can be seen frequently in both nature as well as in human-made monuments. A parabola is a stretched U-shaped geometric form that can be made by cross-sectioning a cone. Menaechmus (380-320 BC), a Greek mathematician and friend of Plato, is credited with discovering these conic sections. Additionally, he is credited with finding out that the ellipse, parabola, and hyperbola are sections of a cone   produced by the intersection of a plane with the surface of a cone . This credit derives from an epigram of Eratosthenes of Cyrene that refers to cutting the cone “in the triads of Menaechmus.” Parabolic shapes can be seen in the Eiffel Tower, a wrought iron lattice tower in Paris, France, built-in 1889. The four legs of the structure were designed by using parabolas. With two of those “legs” side by side, they form one individual parabola, making an upside-down “U” shape. In this specific parabola, the vertex is in the middle arch of the upside-down “U.” It is comfortable to infer that the axis of symmetry runs straight down a point on the x-axis. Without the wonders of parabolas, it could not have been built!

The Eiffel Tower is not alone in its usage of the marvels of parabolas; the famous Golden Gate Bridge in San Francisco, California, has parabolas on each side of its side spans or towers. The Parabola (now Design Museum), a structure in London that was built in 1962, boasts a copper roof with parabolic and hyperbolic lines.

Dolphins leap out of the water in the form of a parabola by making an upside-down “U” shape. One purpose of this leap could be to conserve energy, although some scientists believe they serve as a way for dolphins to communicate with one another or even just to have fun. They breathe, escape from predators, and locate preys with this jump. Although we currently do not fully understand why exactly dolphins jump, this parabola-shaped jumps seem to be essential for their survival.

Unlike dolphins, owls use parabolas to listen to their surroundings. This is especially useful when they hunt at night. Owls receive all transmitting sounds in their ear holes in their heart-shaped face, which looks more like two symmetrical parabolas. Owls can collect every incoming sound wave with the help of their facial structure. Their feathers, which are tight and distinct, clean itinerant sounds so they can distinguish what they hear. After that, the parabolic shape of their face allows sounds to transfer to their ear holes. The parabolic face of the owl, which is more like an inverted umbrella or satellite antenna, allows focusing the sounds on a point. In experiments, owl could not catch their prey in the dark when the collar feathers on their faces were plucked off. Even if the parabola’s focus directs the owl to the sound’s location, failure to clear the sound interference leads to the inability to perceive the sound’s exact coordinates.

To make matters worse for their prey, owls can hear restrained and ambiguous sounds with exceptional detail. Their ability to distinguish sounds is so refined that it can display selective behavior during the hunting process. For example, owls can determine whether it is a field mouse or a tree rat that makes rustling behind a bush. Owls can do this because they can distinguish the sound frequencies of their preys, identifying their species, and whether they are adults or not.

Humans have hearing functions that are only slightly similar to that of owls. Since our ears are on our heads, sound does not come to both ears at the same time. It reaches one ear faster than the other in an expeditious period. The hearing system of an owl is very distinctive from ours. Both ear holes are located symmetrically on both sides of the head, but the ear holes are designed slightly differently, not precisely symmetrical like our ears. The left ear hole is placed just above the right ear hole. Thus, incoming sounds are always picked up by the right ear before the left ear and this adds the dimension of height to the hearing process. The ability of owls to rotate their head 270 degrees also benefits hearing (we can turn our heads 90 degrees).

Experiments on owls are carried out in dark artificial environments, which are not like the natural environment. In nature, there are distracting sounds; the rustling of leaves in the forest, many other creatures that may alert them, and the vibrations of animals apart from their prey. These noises will confuse the owl and thus results are not exactly the same as lab tests.

Owls are equipped to clear all background sounds and focus solely on their prey. They can pinpoint the prey’s location through all the echo, resonance, and even tinnitus that happen around them with the help of its parabolic face and the skin, eyes, ears, and feathers that form its shape. There are many genera and species of owls, and each one of them is a separate work of art.

We can see the useful reflection and focusing properties of parabolas in many other places that exhibit so many similarities to the owl face model. For instance, if a light source is placed on a plane at the focal point of a parabolic mirror, it will generate beams parallel to the plane where the light source is located, as is the case in car headlights. In the working principle of car headlights, the headlight lamp is placed at the focal point for long-distance vision and just above the short-distance image’s focal point — the opposite of the system used by headlights used in satellite antennas and optical infrared telescopes. Optical infrared telescopes scan the entire universe and collect incoming data in the same way an owl’s face collect the sound waves at specific points. Such a telescope conveys the light, sound, and radio waves from space to the receiver in the focal point using a parabolic face. One of the world’s largest known optical infrared telescopes is the “Subaru Telescope” placed on top of the Mauna Kea volcano in Hawaii. It has been providing access to the darkest corners of space since 1999. Besides being the world’s few “infrared telescopes,” it is also the world’s biggest one-piece parabolic reflective mirror. The Telescope’s 8.2-meter-diameter and the 20-centimeter-thick mirror has similar features to that of a contact lens. Since images can so easily be distorted in such a large mirror, it is connected to a computer-controlled support system. The support system also helps keep the mirror in the proper position by making the necessary “push and pull” movements with 261 small motors with screens and sensors. In this way, the telescope discovers faint objects in the darkest and distant regions of space. Located at a height of 4250 meters, this telescope monitors the universe at a max range. Thanks to this telescope’s capability to gather light, render images, and wide-angle view, scientists have a chance to study even very distant supernovae.

Next to the Subaru, the world’s largest telescope, called TMT (the Thirty Meter Telescope) is in the process of installation at the summit of Mauna Kea. The project, which is projected to cost 1.4 billion dollars, is currently on hold due to many obstacles, last being Covid-19. The most important reason for choosing the foothills of Hawaii and Mauna Kea for the telescope is that the weather is clear for an average of three hundred days a year. There were already hundreds of small telescopes in the region. Using the giant telescope, astronomers plan to track planets orbiting stars, study the early years of the universe, and observe new planets and forming stars. Scientists emphasized that the telescope’s segmented with its 30-m prime mirror diameter in size, collect data about nine times more area than the largest optical telescopes used today, and its image resolution is twelve times sharper than that of the Hubble Space Telescope.

Mathematics never ceases to astound mankind with its seemingly endless uses and applications that manifest in nature and human life. Parabola is one good example that connects the face of an owl to telescopes scientists use in their searches in outer space. This sometimes leaves one puzzled, wondering where such marvels originated from. Could all of these occurrences have resulted merely out of chance?