An Ancient Art of Writing
Ordinary handwriting simply conveys a message, but in calligraphy, the writing itself is art, allowing one to see each word and phrase as a painting.
01 January 2022 | Rafiq Ebrahim | Issue 145 (Jan - Feb 2022)
This article has been viewed 1129 times 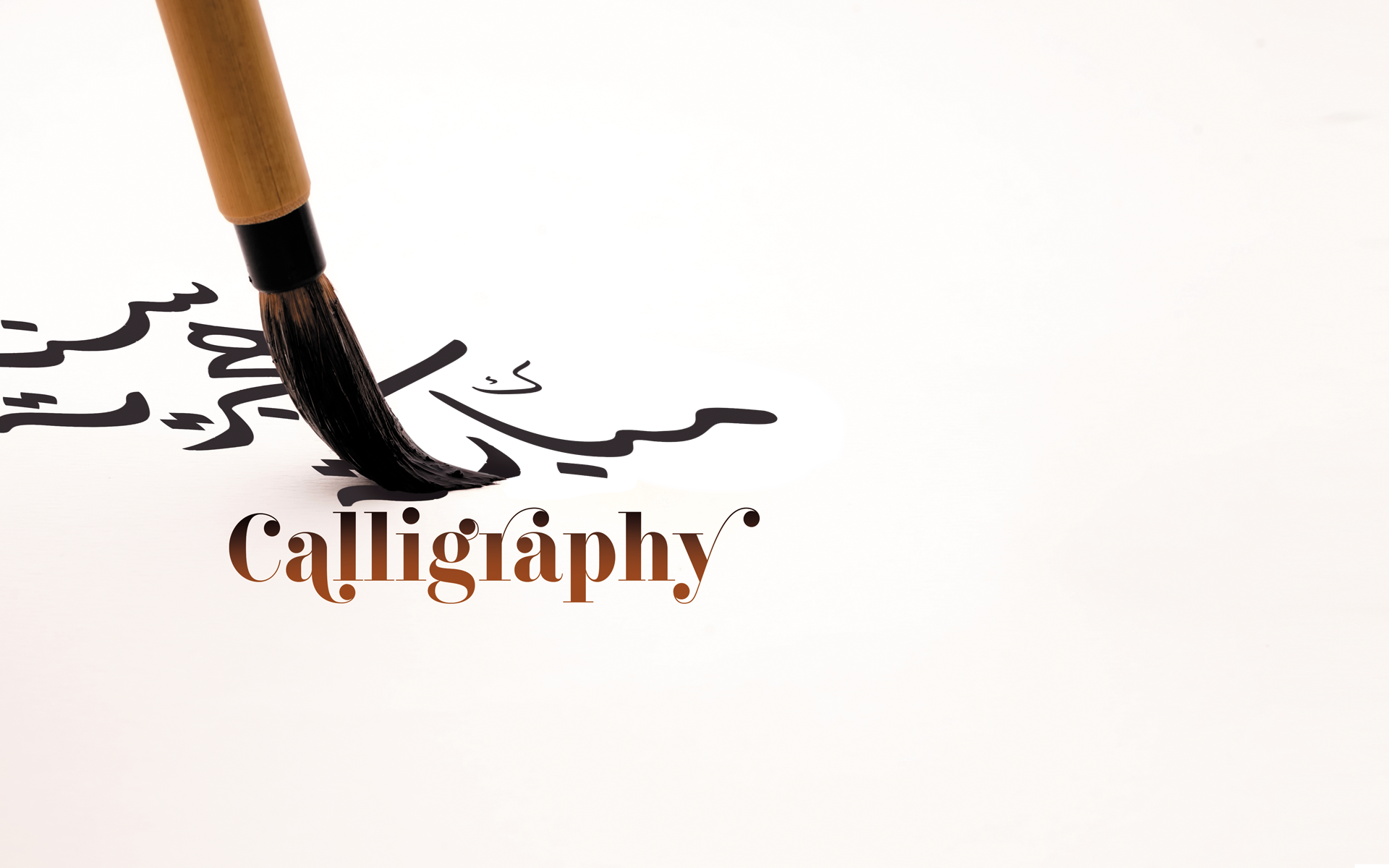 When calligraphy appeared millennia ago, it was an impressive evolution in writing. Ordinary handwriting simply conveys a message, but in calligraphy, the writing itself is art, allowing one to see each word and phrase as a painting. Besides its visual appeal, calligraphy lingers deep in the subconscious, like a subliminal message.

There are various theories about the origin of calligraphy, but the historical facts suggest that China was the first country where calligraphy came into practice. The Chinese mostly used brushes to write. The origin of calligraphy can be traced to the Shang Dynasty, but the art became more common during the Han Dynasty (206 BCE). Master calligraphers like Wen Zhengming (1470-1559) and Zhu Yunming (1461-1527) emerged during the Ming Dynasty (1368-1644). Much later, the Chinese developed a new style called Sini, which is calligraphy written with a horsehair brush. A calligrapher in this tradition today is Haji Noor Din Mi Guangiang.

New scripts and styles were invented by the Romans, who popularized writing with a pen. Pieces of Roman calligraphy can be seen on the statues and architecture around Italy and in museums.

Calligraphy was soon practiced in many European countries, as well as in Muslim countries like Turkey, Iran, Iraq, Saudi Arabia, Pakistan, India, Egypt, Morocco, Spain, and Syria. Calligraphists used a Qalam, a pen made of dried reed until more traditional ink pens were invented.

The strokes of vertical lines, squares, circles, and curves all have their own significance. Light lines give the impression that the calligrapher was in a happy mood. If the lines are heavy and dark, they reflect melancholy and sadness. According to some historians, long vertical lines tell about the heights of success one can reach, or the oneness of God. Circles and interlaced circles and squares or four-sided polygons signify unity and order, various cultural traits, and prosperity. The curves reflect the rise or decline of dynasties.

Urdu, Persian, and Arabic calligraphy is signified by elegant penmanship and visual appeal and became widespread during the medieval ages. People proficient in calligraphy opened learning centers to teach the art. Some started their own businesses, selling poems and manuscripts duly calligraphed.

Quranic verses were calligraphed in manuscripts and inscribed on many buildings, including on the walls of mosques and museums. It was common among people to frame such scripts and hang them on the walls in their houses. Ancient inscriptions are found in Topkapi Palace in Istanbul, where one can also see the letters dictated by Prophet Muhammad, peace be upon him, inviting other leaders to Islam, to follow the right path, and attain the heights of humanity.

Keith Critchlow, an author and calligraphist, says: “Islamic patterns are created to lead the viewer to an understanding of underlying reality rather that being mere decoration…The patterns are believed to be the bridge to spiritual realm, the instrument to purify the mind and the soul.”

Critchlow’s comment is true. Yet, while many calligraphy works are based on Qur’anic text, they are not limited to religious subjects. The art of calligraphy signifies the centrality of writing and written text in Islam.

As time progressed, different styles of Islamic calligraphy evolved. All had their own allure. The styles are referred to as Kufic, Naskh, and Nastaliq.

Kufic is the earliest style of Arabic script used in documents and inscriptions. It is based on angular shapes and long vertical lines. The words appear hung together and connected to each other, and the letters are rounded or curved. For more than five centuries, this style remained in practice, mainly because of the need to transcribe the Holy Qur’an to distribute among believers. The letters and messages of the Prophet and the Caliphs were written by scribes in Kufic script. Coins during the Umayyads period had Kufic inscriptions. Various inscriptions in Kufic were also seen in the mosques and other architecture and on metalware and ceramics.

At Bhambore, in Pakistan, the remains of early Islamic structures are covered in Kufic inscriptions.

The Kufic script in its plain and ornamental forms continued to be used in the Islamic world until the tenth century.

After the tenth century, a new style of writing with rounded characters called Naskh came into practice along with the spread of Islam and became popular in many parts of the Muslim world. The script also suited the pace of conversions to Islam because of its simplicity. In Pakistan, it was used for writing Sindhi, Panjabi, Pashto, and, of course, Urdu.

Another calligraphic script, very much refined, was developed in the fourteenth century in Iran by Mir Ali of Tabriz. It had a characteristic dropping ductus, repetitive curvatures, and almost no straight lines. The Nastaliq became the most popular style of calligraphy in Persian writings in Iran and its neighboring countries, from Central Asia to India and Pakistan. Besides historical and scientific works, court calligraphers also transcribed royal memoirs and decrees.

As time progressed, even more variations of calligraphic script were developed. Manuscripts transcribed by expert calligraphers were illuminated and illustrated with fine miniature paintings to make them things of beauty and visual appeal. They were mostly bound in leather, with the covers stamped in golden ink, showing beaded edges around medallions in the center. Later, the process was replaced by gilding with arabesque and decorative figures, and sometimes with lacquer work.

The art of Islamic calligraphy is still being performed in countries like Pakistan, India, Iraq, Iran, Turkey and others. 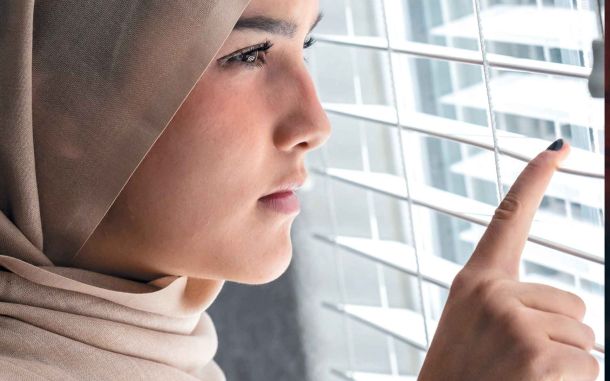 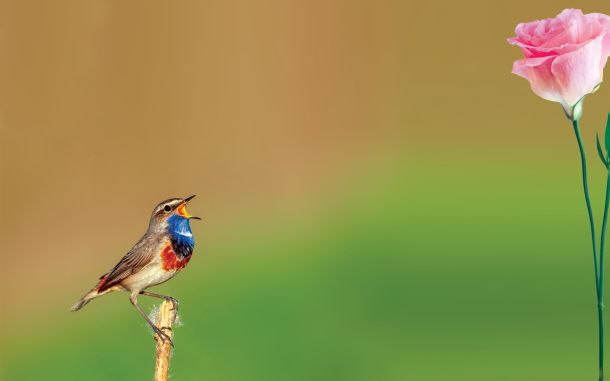 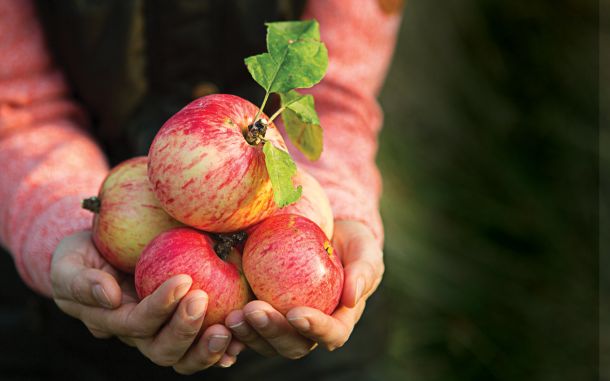