A Spiritual Perspective
Restorative justice aims to re-center victims and offenders - not the state - as primary stakeholders in a crime. Programs of restorative justice include mediations between the victims and offenders, family group conferences, and community service.
01 July 2022 | Taufik Mohammad | Issue 148 (Jul - Aug 2022)
This article has been viewed 1447 times

When crime happens, it usually involves two kinds of stakeholders: primary and secondary (McCold 2000). The categorization is based on who is affected the most, ranging from the victims and offenders as the most affected, to the community and the state as the least affected. Currently, conventional criminal justice systems around the world are still heavily punitive, resulting in the state, instead, becoming the primary stakeholders. This is because in most parts of criminal processes, the state acts as the main decisionmaker, often making the victims and offenders feel unheard.

To address this, various scholars argue for an alternative justice process that re-centers victims and offenders as primary stakeholders. Restorative justice, as one kind of alternative justice process, redirects the assumption that crime is a transgression against the state—which is the secondary stakeholder as it is indirectly affected by crime—to the view that crime is a transgression against the primary stakeholders, or the ones directly affected by the crime: the victims, the offenders, and their respective families (Fritz 2005, Wolhuter, Olley and Denham 2009). Programs of restorative justice include mediations between the victims and offenders, family group conferences, and community service.

Restorative justice is beneficial to both parties as it allows the criminal processes to be less punitive and more rehabilitative and nurturing. The benefits of restorative justice are extensive. For the victims, their satisfaction increases thanks to the platform allowing them to express their feelings related to their victimization (Latimer, Dowden and Muise 2005), and their fear of crime decreases (Umbreit, Coates and Kalanj 1994). For offenders, it has been documented that restorative justice reduces the likelihood of reoffending (Bradshaw, Roseborough and Umbreit 2006) and increases compliance with the outcome of criminal processes (Latimer, Dowden and Muise 2005).

These benefits are said to result from the nurturing components of restorative justice (Azman and Mohammad 2012). These components emphasize human interactions such as face-to-face meetups between the victims and the offenders, having an open dialogue, focusing on restoration rather than punishment, and underscoring community-based processes. Furthermore, rather than sidelining the victims, restorative justice encourages their participation, which also directly benefits the offenders due to increased empathy from the interactions.

It would be helpful to understand what I mean by spirituality. Spirituality is defined as a person’s relationship to the unknown (Senreich 2013). A bit differently, Zehr (1990)—considered a father of restorative justice—saw spirituality as universal principles and natural laws which cannot be ignored, such as the human need of connectedness. Another scholar defines spirituality with an emphasis on the process of a person’s development of a sense of meaning and purpose (Zastrow 2013).

Regardless of the many definitions, spirituality is agreed upon by various scholars to be different from religiosity (Koenig 2008). This is due to the existence of individuals who do not hold any relationship with God. These people can still be spiritual in ways, such as seeking the meaning and purpose of life with connectedness through other transcendental elements such as nature and the universe. Commonly, regardless of the existence of a belief system, seeking a high level of spirituality is often associated with fostering positive relationships with oneself, others, and the environment (Senreich 2013).

Human relationships are highly valued in restorative justice. In a typical restorative justice encounter, participants—often comprising victims, offenders, and, optionally, their family members—are encouraged to talk and listen to each other (Bender and Armour 2007). This process seeks to encourage empathy. Victims can understand why offenders committed the crime, and offenders understand what victims truly experience after being a victim of their crime. Criminal processes that lack this element of dialogue lack empathy—and often produce frustrated victims, and offenders who are ignorant about the true nature of their crime. This has negative impacts on the well-being of both the victims and the offenders.

Therefore, one of the ultimate goals of restorative justice is healing relationships. Literature points to the common characteristics of offenders who recidivate: their relationships with other people, such as their family members, community members, and others, are often broken (Cochran 2012, Wright and Wright 1993). Although their victim may not be an individual connected to the offender’s life before crime, a healed relationship between an offender with their victims may also be therapeutic for both. As a result, rather than having the mentality of “us vs. them,” restorative justice unites these separate individuals into one healing network.

Another concept associated with spirituality that has a parallel with restorative justice is the search for meaning. After their victimization, victims often require answers to many questions (Wemmers 2002) that are often unanswerable through conventional criminal justice systems. In a way, this can be viewed as victims searching for the “meaning” of their victimization. Furthermore, Umbreit (1989) argued that victims do not want revenge and want fairness that may be achieved in the form of direct accountability. One of the definitions of spirituality presented above sees spirituality as one’s search for meaning and purpose in life (Senreich 2013). This definition is in line with a philosophy of restorative justice that practices transparency and accountability among its participants through dialogues and exchanges of insights.

The concept of direct accountability in restorative justice is achieved in many ways. After a crime, victims often seek answers to many questions very personal to the victimization, such as “Why me?” and “How did you do it?” These questions seem simple, but they represent the victim’s deeper need for resolution and well-being. Not getting the answers to these questions brings the victims to dark places, including often demonizing the offenders. Conventional criminal processes are not able to provide the answers to these questions due to their impersonal and punitive approach to justice and their assumption that when a crime is committed, it is a transgression against the state, not the victims.

Forgiveness is another element of spirituality that is integrated into restorative justice (Bender and Armour 2007). Forgiveness is essentially finding values in others due to several reasons such as humanity and altruism, and this has been succinctly captured by Elkins et al. (1988), who stated that spiritual individuals usually have a mission in life that may include the idea of saving humanity. Furthermore, Elkins et al. denoted that a spiritual person is “tragically aware” in that they realize the flaws of human life. This includes other realities such as death, suffering, or even crime.

While restorative justice is a philosophy often discussed in the context of crime and criminal justice, restorative justice undoubtedly offers valuable insights for achieving spiritual wellness in everyday life, too. Social workers, as professionals whose ultimate goal is to achieve an optimal quality of life for their clients, often see spirituality as a gateway to tranquility and well-being. According to Elkins et al. (1988), spirituality has to be humanistic not just for its universality, but for its association with subjective human experience.

Furthermore, restorative justice emphasizes the unconditional view that humanity is flawed. In this regard, the simplest phrase that can be used is “everyone makes mistakes.” This transcendental view of humanity accepts that flaws and mistakes do not demonize a person but humanize them. Appreciating this perspective is a difficult task as it is easy for humans to be struck by the realities of tragedies and is why forgiveness is valuable and can help individuals seeking spiritual enlightenment turn over a new leaf.

Cochran, J C. 2012. "The ties that bind or the ties that break: Examining the relationship between visitation and prisoner misconduct." Journal of Criminal Justice 40: 433–440.

McCold, Paul. 2000. "Toward a mid-range theory of restorative criminal justice: A reply to the Maximalist model." Contemporary Justice Review 3: 357-414. 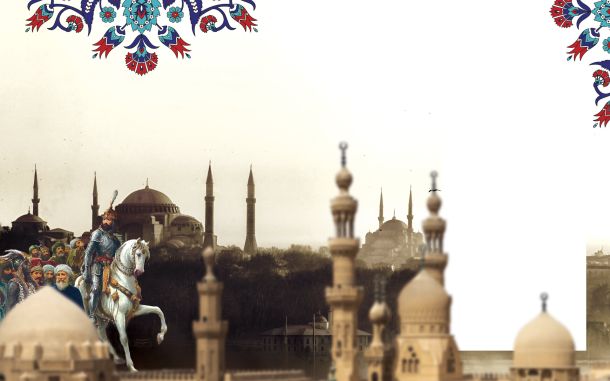 For more than six hundred years, from 1300 until 1922, the Ottoman Empire ruled over a religiously diverse population. For the duration of its entire existence the state exhibited exceptional tolerance and permissiveness regarding religious freedo...