Linguistic expectations
Akin to the symbols of Morse code, the chirping, which we commonly regard as unsophisticated and therefore mostly ignore, may in fact communicate a huge variety of valuable messages.
01 September 2022 | Jacob Hardy | Issue 149 (Sep - Oct 2022)
This article has been viewed 823 times

Imagine that one day, in your garden, you find an ancient coin. On this coin are written unknown characters. It’s unlikely you’ll be able to read these figures until the code is cracked by a specialist. Even if you do not know about the period or civilization from which this coin comes, you will no doubt conclude that the symbols on it represents a language. Whether you can read them or not is irrelevant; language is recognizable.

To exemplify, Morse code is a system in which letters—let’s say the 26 letters of the English alphabet—are represented by only three basic parts: dots, dashes, and spaces. By combining these three symbols, one can produce more than 500,000 English words that, again, can be combined into an infinite number of phrases or sentences. The fact that we can communicate messages merely through simple dots and dashes is amazing and thought provoking.

The chirping of birds, especially in the early morning hours, cannot be considered primitive sounds that only consist of a couple of quack-quacks, woo-woos, or cock-a-doodle-doos. Akin to the symbols of Morse code, the chirping, which we commonly regard as unsophisticated and therefore mostly ignore, may in fact communicate a huge variety of valuable messages. For instance, the nightingale—whose songs might comfort us—may in reality be telling a completely different story. Limiting the language of animals to simple signals of warning, happiness, mating, and so on might be a mistake; these basic emotions may just be the tip of the iceberg when it comes to animal communication. Do animals, then, have a language like humans, perhaps with a different purpose or use?

Human-animal talk in the Quran

King Solomon, known in Islam as Prophet Suleyman, was endowed with the miraculous ability to communicate with all animals, including birds. Let me draw your attention to some related verses from the Holy Quran:

Solomon succeeded David. He would say (citing in gratitude God's favors to him): "O people! We have been taught the language of birds, and we have been granted (some portion) of everything (which God provides for His servants). Surely this is a conspicuous favor. (27:16)

Another verse tells of a story where Prophet Suleyman came upon a colony of ants while on a military campaign with his great army:

Until, when they reached a valley of ants, one of the ants said: “O you ants! Get into your dwellings lest Solomon and his army crush you unawares.” (27:18)

Smiling at her words (in humble contentment with God's favors to him), he said: “My Lord! Inspire and guide me so that I may thank You for Your favor which You have bestowed on me and on my parents, and so that I may act righteously in a manner that will please You; and include me (out of Your mercy) among Your righteous servants.” (27:19)

Though these examples from the Holy Qur’an may be sufficient, I cannot help but share with you another remarkable example, this time between Prophet Suleyman and the hoopoe bird, whose job was to find water for the formidable army, but who instead went somewhere else without permission.

(On another occasion,) he inspected the birds and said: “How is it that I cannot see the hoopoe? Or is he among the absentees? I will certainly inflict a severe punishment on him, or maybe even kill him, unless he comes to me with a convincing reason (for his absence).” (27:20-21)

In verses that follow, we learn about the hoopoe bird’s return, whose reasonable excuse the Prophet Suleyman accepts.

Given this, I would like to make mention of the movie “Congo” (1995). It wasn’t a particularly good movie, but I found the high-tech gorilla in the main role quite interesting. Amy, the name of the cute female gorilla, was trained to communicate using 620 words of sign language. These signs were translated into human speech by a translator attached to her arm. If I can recall correctly, Amy was expected to talk to other gorillas to search for King Solomon’s treasure in the jungles of Africa. Even though “Congo,” directed by Frank Marshall and written by John Patrick Shanley, has been criticized by countless movie reviewers, it receives my full credit for its inspirational and well thought out translation between different species: human and ape.

In the original “Star Trek” TV series, Captain Kirk never spoke a foreign language but was able to communicate with different life forms in the galaxy. He used a universal translator, a device that translates various languages by using his spaceship’s complex linguistic databases. The translator then instantly converted the language of all life forms in the universe into standard English. I wonder how much closer we are today to a universal translator than we were in the 1970s—a time when cell phones, iPhones, netbooks, laptops, the Internet, etc., were only part of our dreams. Similar to Captain Kirk and his crew, which bravely welcomed unknown space aliens in English, I expect that with the present ever-growing computing technology, we will sooner or later understand and perhaps talk to other life forms on this planet, including birds and dogs.

Even though I support and appreciate research informing us about animal communication, such as the dancing of bees and the chemical language of ants, I find them unsatisfactory and encourage scientists to continue in their quest to crack the linguistic code of various life forms in this world. When we think of an entire bee colony, perhaps we should expect more from their communication and that it is not restricted to simply finding food, signaling directions, etc. Imagine what a universal translator, once invented, could tell us by converting all these animal signals into human speech. Its impact on human life will be unquestionably groundbreaking. For example, the ability to talk to animals could enable us to shed light on unsolved crimes, find lost people and children, and locate herbal medicine, among many other promising benefits. The more one contemplates, the more thrilling the idea of a universal translator becomes. What do you think?

He does not have a familiar name like Nicolaus Copernicus, Roger Bacon, or Galileo, but Ibn al-Haytham’s name is the reason that those aforementioned scientists carry the weight that they do today. A product of the Islamic Golden Age, Ibn al-Hayt... 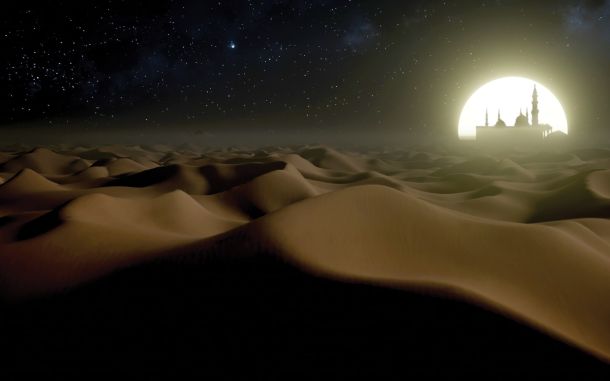