I Witness That Faith Is the Legacy of One's Upbringing

I Witness That Faith Is the Legacy of One's Upbringing 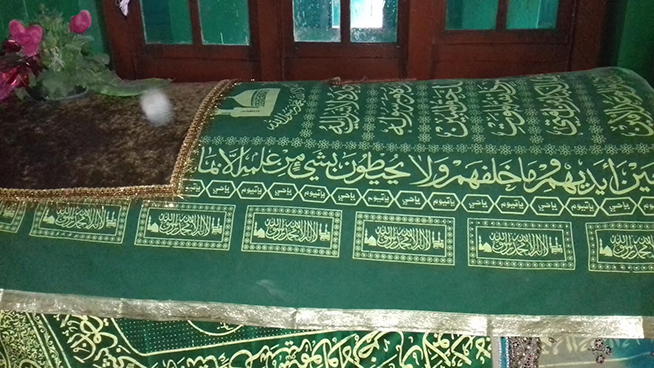 Legend has it that despondency afflicted my maternal grandmother Akbar Jehan’s parents, Rani jee and Michael Henry [Harry] aka Sheikh Ahmed Hussain, because, for several years after they were married, their house remained bereft of the patter of tiny feet and the heavenly mirth of children. So, they looked for scientific as well as spiritual remedies. After having been told about the religious life and spiritual prowess of Maulvi Mohi-ud-Din, they undertook a journey to Pattan in quest of peace and happiness. Originally from Amritsar, Maulvi Mohi-ud-Din had chosen to pursue a life of austerity in Nihalpur village, Pattan, which is in North Kashmir. Pattan abounds in orchards and, till date, boasts several monuments of historical significance.

A very erudite person, Maulvi Mohi-ud-Din had a masters in Arabic, English, and Philosophy from Punjab University, Lahore. While he was a student in Lahore, he was drawn to the tenets of the Naqshbandi Sufi order and, in following the precepts of that order, swore allegiance to Maulvi Shah Saheb of Lahore. He had given precedence to a life of asceticism over a worldly one.

In their despondency, Rani jee’s and Sheikh Ahmed Hussain’s meeting with the Maulvi was nothing short of a miracle. Looking upon them with benevolence, the Maulvi beseeched them not to despair and to invoke God’s mercy through prayers and gratitude. He assured them that they would be blessed with bonny boys and a cherubic girl who would embody high ideals and piety. He told them to name the girl “Akbar Jehan.” That girl, Maulvi Mohi-ud-Din prophesied, would be his spiritual child (Conversation with Parvez Ahmed Khan, Nephew of Maulvi Mohi-ud-Din, dated 3 March 2013).

It is clear that the bonhomie in the marriage of Michael Henry [Harry] Nedou (aka Sheikh Ahmed Hussain) and Rani jee was greatly enhanced by her status as the mother of four strapping sons, Omar Nedou, George Nedou (aka Mohammad Akram), Harry Nedou (aka Ghulam Qadir), and Benji Nedou (aka Shamsuddin). Her only daughter, Akbar Jehan, born on 24 March 1917, was not particularly tall, but she had a regal demeanor, resembling a statue in dignity, grace, and proportion. Sheikh Mohammad Abdullah writes of Rani jee in his autobiography that she was a virtuous, religious, and “good natured lady.” He credits her, in his autobiography and elsewhere, with having infused the value of religious teachings and traditions in Akbar Jehan (The Blazing Chinar 138). 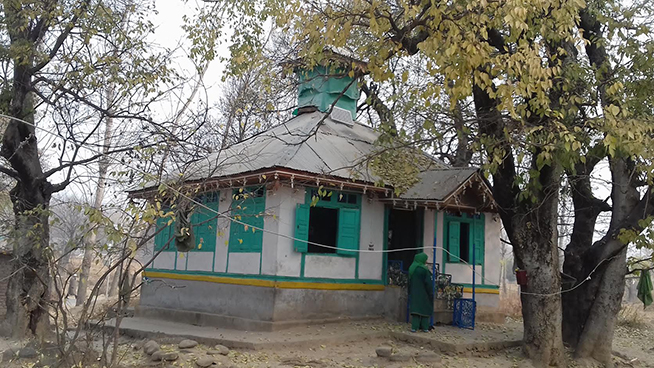 In fulfillment of Maulvi Mohi-ud-Din’s prediction, the only daughter of Rani jee and Michael Henry [Harry] (aka Sheikh Ahmed Hussain), Akbar Jehan, could not just recite the Quran with devotion and piety, but could also expound on the exegetical thoughts that the Hadith (Prophet’s Mohammad’s sayings and religious practices), Sharia (moral code and religious law of Islam), and Fiqh (Islamic jurisprudence) generated.

I would venture to say that subscribing to religious traditions and maintaining an unshakable faith in providence provided her with an anchor in such times of extreme distress, pain, and loneliness.  Skeptics might be critical of her unwavering faith in Sufi saints and mystics, and those who adhere to a puritanical version of Islam might question the juxtaposition of her veneration of saints with the iconoclasm that Islam advocates.

But I posit that her reverential adoration of Sufi saints did not espouse a traditionalism that made unconditional of what was, at best, a secondary good. On the contrary, her intimate knowledge of Islamic epistemology and her well-honed and nuanced comprehension of the intricacies of Quranic discourse buttressed her faith in Sufis of the Chisti, Kubrawi, Naqshbandi, Qadiri, and Soharwardi orders. I would be lying to myself if I didn’t admit that there were times when I thought her unshakable faith in ritualism and traditionalism was flawed, and that her susceptibility to believe in the putative sincerity of pirs, (I have committed a translation of pir here, opting for “caretaker of a shrine or a mosque, who may be an erudite scholar and practitioner, or the descendant of one”) was rather naïve.

But she believed, with a winsome credulity and clarity that praying at the portals of a hallowed site, or covering the grave of a saint with an embroidered cloth, would cure her of all afflictions and would restore the body politic of Kashmir before the scourge of undemocratic practices impaired it beyond recognition. Visitation at shrines and tombs was an integral part of her religious experience. She believed that one of the most efficient methods of deflecting malignant forces was the amulet, which is “a passage from scripture used as a prophylactic shield against harm or the container that holds the holy words” (Doumato 149). Akbar Jehan, paradoxically, a well-educated and well-traveled woman, of a scientific temperament had an unshakable faith in specialized religious knowledge that enabled practitioners to “prepare writings for amulets, utter healing words correctly, and prescribe what were called Prophetic medicines” (Doumata 131).

I witnessed her ineradicable faith in the miracle attributed to Khawjah Moinuddin Chisti, thirteenth century Sufi saint of the Chisti order. I accompanied her to the shrine of Khawaja Moinuddin Chisti in Ajmer several times, which, according to her, was one of the most sacred sites for votive rituals. Votive rituals at shrines have been a part of the religious life of the Kashmiri Muslim community in which women as well as men participate. I remember being overwhelmed by the incontrovertible reverence with which she prostrated herself to God at the shrine. The grandiose structure, the pennants around the edifice, the beautifully carved frieze around the imposing dome, and the reverence with which devotees flocked to the shrine provided a magnificent backdrop to Akbar Jehan’s spirituality.

Faith is a legacy of one’s upbringing, and I owe my ingrained reverence of Sufi dargahs to Mother and Father. The wise say that, “faith can move mountains,” and I believe that Akbar Jehan’s faith gave her the pugnacity and resoluteness to face the many whirlwinds that caused chaos in her immediate as well as distant world. I note that she had tremendous respect for what she called “real” learning as opposed to the regurgitation of tradition and rote memorization, which is common, at the risk of generalization, to many people. She was quite willing to openly discuss political movements to meanings of customary practices and their implication for what was taught in the Quran.

Nyla Ali Khan is a member of Scholars Strategy Network. She is the author of Fiction of Nationality in an Era of Transnationalism, Islam, Women, and Violence in Kashmir, The Life of a Kashmiri Woman, and the editor of The Parchment of Kashmir. She is editor of the Oxford Islamic Studies’ special issue on Jammu and Kashmir. She can be reached at This email address is being protected from spambots. You need JavaScript enabled to view it.)