As a practicing Muslim deeply influenced by the tenets of my faith, I strongly condemn the brutal atrocities of the ISIS terrorist group. Their actions are a disgrace to the faith they proclaim and are crimes against humanity. Religion provides a foundation upon which to establish peace, human rights, freedoms, and the rule of law. Any interpretations to the contrary, including the abuse of religion to fuel conflicts, are simply wrong and deceitful.

ISIS is not the first group to use religious rhetoric to mask its cruelty - Al Qaeda did so 13 years ago and Boko Haram more recently. What they all have in common is a totalitarian mentality that denies human beings their dignity.

Any form of violence against innocent civilians or persecution of minorities contradicts the principles of the Qur'an and the tradition of our Prophet (upon whom be peace and blessings). ISIS members are either completely ignorant about the faith they proclaim, or their actions are designed to serve individual interests or those of their political masters. Regardless, their actions represent those of a terrorist group, and as such, they should be brought to justice and compelled to answer for their horrific crimes.

I send my heartfelt condolences to the families of the deceased in Iraq and Syria, and to the families of James Foley, Steven Sotloff, and David Haines. May God give them strength, patience and perseverance, and alleviate their suffering. I also pray for the immediate and safe release of hostages and ask God, the Merciful, to lead us all to mutual respect and peace. I invite everyone around the world to join me in these prayers. 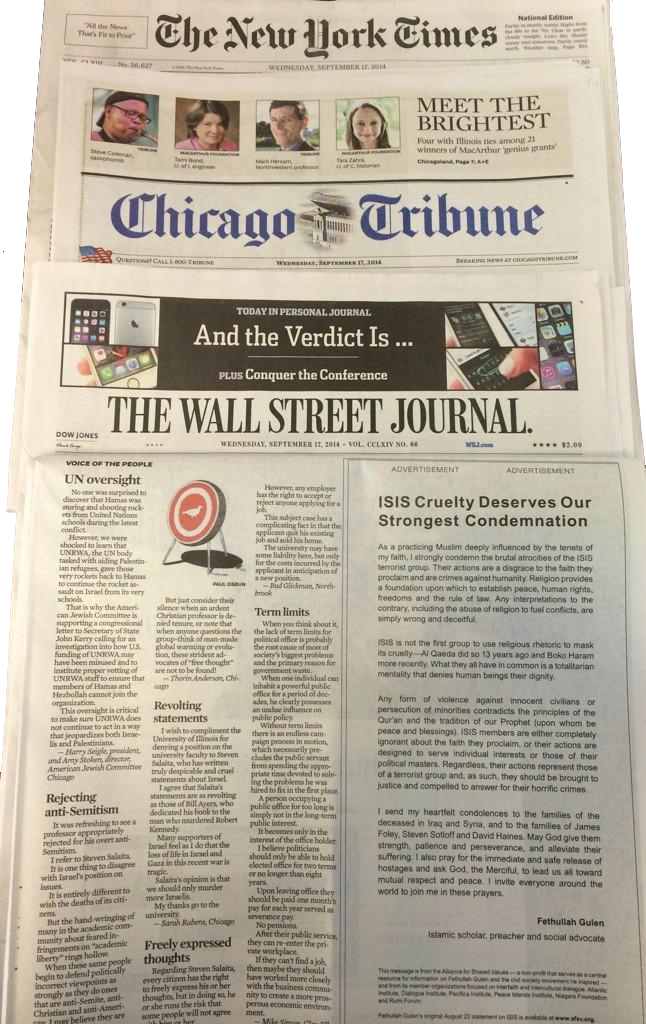