We Mourn for a Lost Hero

We Mourn for a Lost Hero 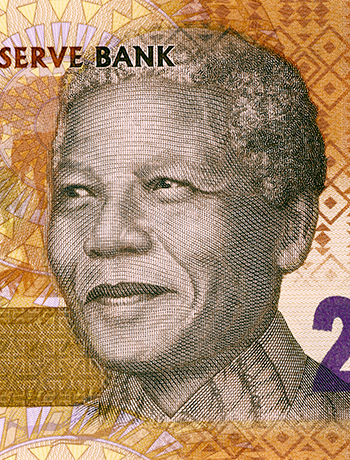 The great Nelson Mandela passed yesterday, moving on to the next life. Mandela, of course, was not only the first President of post-apartheid South Africa, but also an exceptional human rights hero whose work for economic and social justice, in the name of love, won him the Nobel Peace Prize.

A great deal has already been written, and will continue to be written, about Mandela's enormous personal achievements. Despite twenty-seven years in prison, Mandela emerged not broken, but made whole. He came out seeking peace instead of vengeance.

At the same time, it's important to remember that Mandela was just a man. As Adam Roberts notes in his moving obituary at Slate, Mandela was not perfect, like everyone. Yet despite these human flaws - maybe even because of them - Mandela was able to lead a life of exceptional intelligence, perseverance and grace. Such a life, albeit on a smaller scale, is possible for almost all of us.

This is never easy, of course. What made Mandela so remarkable is that he chose love when most would have chosen hate; he chose forgiveness when most would have sought revenge. While we pray for those family members and friends he left behind, the best way to honor Mandela's legacy is to learn from him, and to try to live our own lives in a more graceful, tolerant, and forgiving way. Moving forward, may all of us try to embrace what Mandela embodied over the course of his long, exceptional life.